Socialist councilmember Kshama Sawant has been a thorn in the side of corporate interests in Seattle for more than six years. Now they are attempting to recall her on trumped up charges of misconduct. 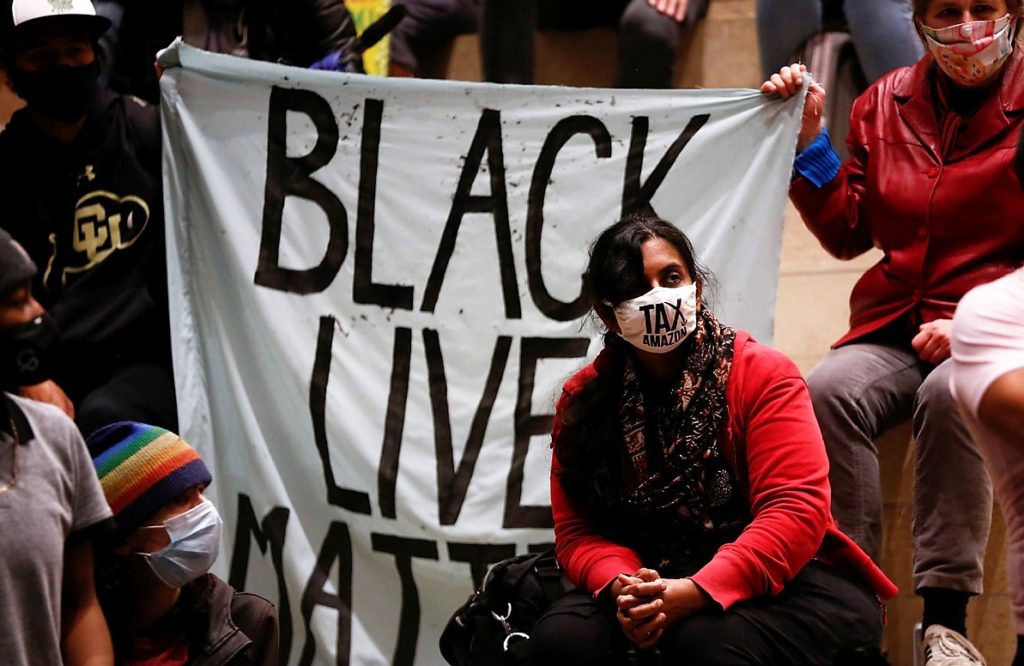 Seattle City Councilmember Kshama Sawant is no stranger to controversy. The first open socialist to win a citywide election in Seattle since 1916, she has faced death threats from the far right and has been consistently challenged and attacked by Seattle business interests and their Democratic Party representatives on the council who have painted her as a dangerous radical. Now, she is facing a corporate-led recall petition less than a year after winning her second re-election.

A member of Socialist Alternative, Sawant won her first election to the council in 2013 on a platform based largely on support for the growing national movement for a $15 minimum wage. Although it was a tight race, Sawant’s election proved — contrary to the DSA’s general electoral strategy — that independent socialists can run and win elections without the use of the Democratic Party ballot line.

Since taking office, Sawant has been a strong proponent of a higher minimum wage, affordable housing, and, more recently, the Black Lives Matter movement. She has also managed to play an outsized role in Seattle politics, helping the city become the first in the U.S. to pass a $15 an hour minimum wage. Although she voted in favor of the 2018 appointment of the recently resigned Chief of Police, Carmen Best — who then went on to oversee the crackdown of the Capitol Hill Occupation Protest in July — she has become an increasingly vocal critic of the Seattle Police Department since the uprisings that began after the police murder of George Floyd. Sawant has also played a pivotal role in attempts to pass legislation to force Amazon to pay more in local taxes in order to fund affordable housing in Seattle, which has some of the highest rents and highest homelessness rates in the country. In response, big business and the liberal Seattle establishment have thrown millions of dollars into the campaigns of her opponents. But Sawant’s message of affordable rents and higher taxes on the wealthy has remained popular with Seattle voters and she has managed to solidly win both of her last two elections.

Having failed for six years to vote her out of office, these same interests are now attempting to remove her through a recall petition that has already received court approval to proceed, and which now needs just 10,000 signatures to trigger a recall vote. Early last month, advocates for the recall won a significant court battle, in which four of several complaints were deemed legitimate enough that the petition process could move forward. Unsurprisingly, the leaders of the recall effort are much more offended by Sawant’s membership in a socialist party, her participation in recent protests, and her support of the Black Lives Matter movement, than they are about any supposed misconduct. The four charges levelled against Sawant in the petition include: supposedly relinquishing the authority of her office to her party (Socialist Alternative), misusing city resources to promote a ballot initiative, admitting hundreds of demonstrators into City Hall during a BLM protest, and supposedly leading a march to Mayor Jenny Durkan’s house in June. They also accused Sawant of inciting the occupation of the Capitol Hill police precinct, but this claim was thrown out by the judge and is not included in the official petition.

With few exceptions, the charges posed in the original petition are almost entirely politically motivated and most are directly related to recent uprisings and protests against police brutality and racism. In this respect, the recall effort against Sawant is clearly an attempt to punish and intimidate her and her supporters, and follows a pattern of liberal and right-wing attacks against socialist politicians and activists across the country. As the petition makes clear, the recall is clearly not about corruption or misfeasance, as it claims, but about politics and economics. The uprisings and occupations that have rattled the nation have not been good for business and the big and little bourgeoisie of Seattle are terrified of further disruptions to their ongoing ability to effortlessly extract rents and profits from the working people of the city. Replacing Sawant with a more pliable and less confrontational liberal councilmember more amenable to business and real estate would obviously be in their immediate interest. Indeed, the petition explicitly complains, not once, but twice about the threat of Sawant’s politics to Seattle property values. They claim that Sawant’s actions as a council member “have negatively impacted the value of businesses and residences in her district,” and that she was responsible for creating “a criminal toxic environment around the capitol Hill occupation protest zone and devaluing our businesses and real estate values.” Such statements make it plain that the organizers of this petition are enemies of the work class.

Of course, the question of whether or not Sawant is guilty as charged is completely beside the point here. Any good socialist should be guilty of such charges and a lot more. Socialist politicians, after all, have fundamentally different reasons for pursuing office than their liberal counterparts. Socialists who run for office have an obligation and responsibility to stand as representatives and tribunes of the working class and the working class alone. They are neither subject to nor responsible for representing the interests of the bourgeoisie, the landlords, real-estate developers, or business owners, and they must make this case plain whenever possible. Their job is not to protect property values or business interests, large or small, nor is it to befriend or compromise with liberal politicians in order to pass this or that legislation.

While Sawant has generally helped advance the interests of working people in Seattle, at other times she has not. Socialist politicians, for instance, should not vote for police chiefs in order to placate “the movement,” as Sawant did in 2018, nor should they compromise with union bureaucrats as Sawant and Socialist Alternative did during the long drawn out negotiations over the new Seattle minimum wage in 2014. And of course, socialists must always insist on the political independence of the working class, a principle that Sawant and Socialist Alternative have consistently broken in their open support for Democratic Party candidates like Bernise Sanders and Alexandria Ocasio Cortez.

Whereas it is in the DNA of liberal politicians to compromise to remain in power, socialists have to always remember that their primary goal is not to win office or win re-election, but to build the power of the working class for revolutionary action. Sawant and Socialist Alternative have an opportunity to do that in Seattle. Toward that end, we hope that the recall petition against Sawant is a miserable failure, and stand in solidarity with efforts to defeat it.