Second Time as Farce: 4 Theses on the Defeat of Sanders

The DSA’s strategy around the Sanders campaign has been an unmitigated failure that has only strengthened the Democratic Party. In this moment of crisis the need for a party of the working class that fights for socialism is more important than ever. 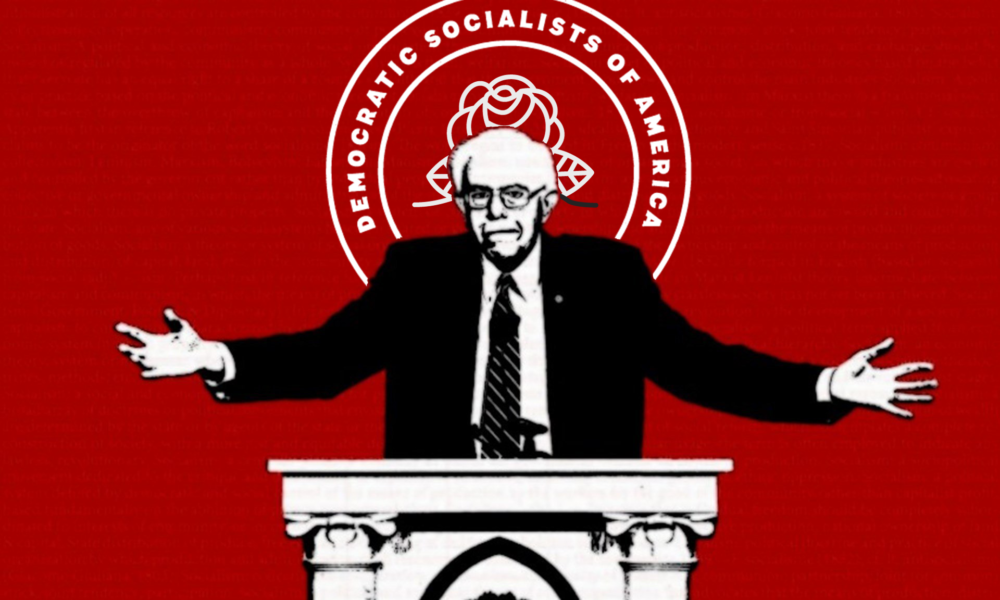 One: “First Time as Tragedy, Second Time as Farce”

Bernie Sanders began his race for the presidency in 2015 promising a “political revolution.” It was a few years after the 2008 crisis and the Occupy movement; a new generation had grown disenchanted with the two parties of capital and was exploring new avenues to do politics, organize, and contest what they recognized as the powers protecting the status quo. When Sanders announced his  race for the nomination for the Democratic Party, many of these young activists were ready to support him. Some of us back then already argued that Sanders was “sheepdogging’”for the Democratic Party, but he was broadly identified as an outsider, an underdog challenging the party establishment. What came after is well-known: with the whole party apparatus against him, he lost the nomination and endorsed Hillary Clinton. The other part of the story is also well-known: Clinton lost to Donald Trump throwing the Democratic Party into disarray (and giving all of us four years of a Trump presidency). The pressure for a third party, for an independent party of the working class, became higher than ever. But Bernie stuck to the Democratic Party. This time with national recognition, a vast network of supporters and a strong campaign team, he decided to run again as a Democrat. He appeared in high profile party events alongside Tom Perez, proposed changes to the internal rules of the DNC and acted more and more as an organic Democrat. However, the story in 2020 was not much different from 2016. Like Sisyphus rolling his proverbial boulder up the hill, all the money, effort, time and energy invested by several thousand activists over the past two years has evaporated in a pledge to support the “decent man” Joe Biden, whose policies run counter to Sanders’ as much as the Party will allow. Bernie has been a career politician for a long time, and these dynamics are not new. But shouldn’t socialists, in particular, the largest socialist organization in the U.S., the DSA, have anticipated this?

If you stop for a second and think about it, Bernie’s campaign has worked out pretty well for establishment Democrats. After a sloppy primary in 2016 and a catastrophic defeat against Trump, Hillary Clinton had to drop out of politics. The party scrambled to find new leadership, and it was not until the South Carolina primaries that Biden emerged as the anointed establishment candidate to unify the moderate vote. The maneuver on Super Tuesday was swift and accurate, like a sniper’s shot. Sanders was effectively taken out in the blink of an eye. But this came after registering hundreds of thousands of new voters for the Democratic Party, and after repeating dozens of times on live TV that the biggest threat is Donald Trump, and that he would support any other candidate that becomes the Democratic nominee. Sanders fought for the nomination and the establishment recognized him as the “enemy within,” a candidate that was willing to give the working class more concessions than the party’s establishment and big donors. The two sides did put up a real fight for the leadership of the party, and the programmatic differences between the candidates was no less real. The unspoken agreement was elsewhere: it was in securing the legitimacy of American democracy.  This includes the notion that any significant political dispute has to take the form of a fight between Democrats and Republicans. This idea is behind Bernie’s decision to run for president twice as a Democrat, and it effectively drives home one message: there is nothing outside the two parties. But the legitimacy of American democracy, so dearly guarded by Sanders as much as Pelosi or Biden, goes beyond this: it includes nurturing respect for Congress, accepting the intra-party rules imposed by the DNC (or trying to change them through the established channels), and fostering illusions in an electoral system that ranks among the least democratic of industrialized countries. The result is a symbiosis, where Bernie Sanders (and the same can be said of “the squad”) pursues his goals and fails to take over the party but manages to change the conversation around one or two issues. He puts some issues in the agenda, and he’s happy with that (indeed, many self-described “socialists” are happy with that). The Democratic Party, in turn, opens itself to the challenge, hosts it, defeats the challenger without killing him, and comes out stronger.

Three: The Ballot and the Class Line

We need to distinguish between the strategy of a seasoned (progressive) bourgeois politician and the tactics or strategy of an organization that is purportedly fighting against capitalism. The most left representatives within the DSA justified the decision to throw all its weight behind Bernie Sanders with the idea that it would leave the organization in better footing,and that Sanders’s campaign advanced working-class consciousness. Although downplayed now in the rush to justify their failure, many in the leadership of the DSA and particularly those around Jacobin were exhilarated about the prospects of a Sanders’ presidency and ready to help form a governing coalition, take up posts in government if possible, and try to influence state policies. Now that Sanders is out and pledging to “work with Joe,” they feel compelled to maintain publicly that the “left” is much stronger thanks to Bernie. But the truth is harder to digest. Already a number of organizations in the left wing of the Democratic Party are trying to negotiate with Joe Biden some programmatic concessions and posts in government in exchange for their support. Bhaskar Sunkara argues in his column in The Guardian that “never has it been clearer who the enemies of progress are.” But his candidate is now helping Joe Biden become president, and thus herding his supporters to once again, vote Democrat. And not just any Democrat, one that has a documented record of racism, who has been accused several times of sexual abuse, and who is pro-austerity, anti-union, anti-immmigrant, and a friend of Wall Street. It is hard to overstate how insidious the DSA’s faulty orientation has been. The socialist organization has attached its battalions to an army controlled by our class enemies while some of its speakers proclaimed it “our party.” A palace coup beheaded Tío Bernie, and now they’re left out in the cold, with the army and the banner they worked to build in the hands of a status quo Democrat.

Four: “Nothing Permanent, Except Change”

Meanwhile, workers are walking out all over the country, and there is a growing sense that a new period of labor struggle is beginning, precipitated by the catastrophic scenario caused by the pandemic. This can become a unique opening for socialists to organize at their workplaces, build militant currents in the unions and, most importantly, politicize those workers who are leading those struggles. An opportunity to spread among them a powerful idea: that our society is fractured along class lines, and that workers should unite under one banner and fight together for our own interests — not only at our workplaces, and in the unions, but also in the political arena. The problem is: the DSA has done nothing to sow the seed of workers’ political independence. In fact, by tying the organization to the Democratic Party, it has made such independence that much more difficult to achieve. The tragedy is that we are entering an unprecedented economic and social crisis and the biggest nationally organized group of socialists has refused for more than four years to build an independent political tool for the working class. The farce is that the DSA has been doing this for decades and not even the massive inflow of young militants since 2016 could break this routine. It’s time for a break.