Seize the Assets of Russian Oligarchs — And of U.S. Oligarchs Too 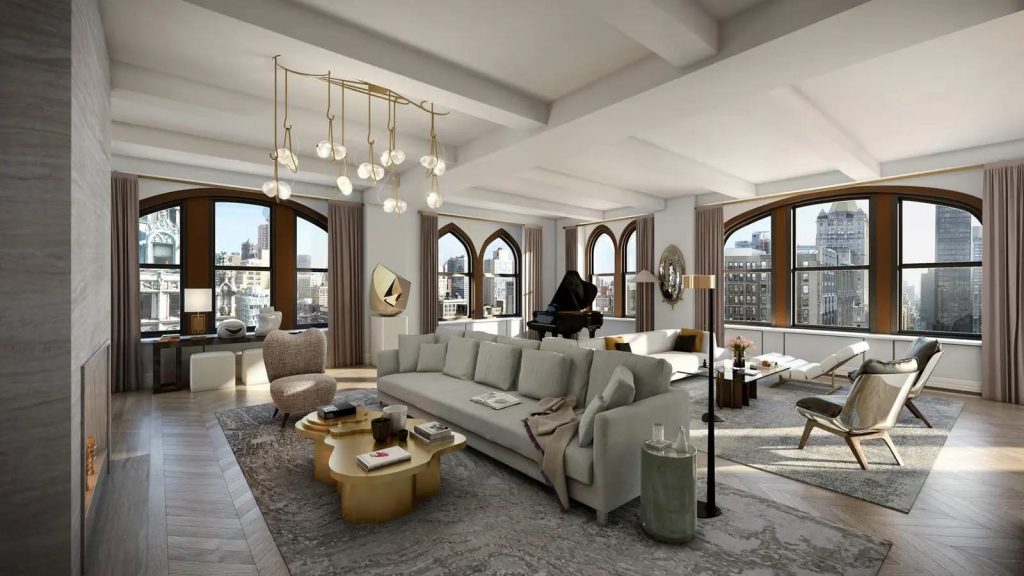 It doesn't matter if the billionaire who owns this is Russian or American — empty condos like this should be seized and used to house refugees. (Picture: An apartment belonging to Jeff Bezos, via cityrealty.com)

As war rages in Ukraine, more than a million people have fled the country. In order to put pressure on Russia, Western governments have begun seizing assets that belong to Russian oligarchs.

Who are “oligarchs,” exactly? The term refers to the billionaires who control Russia’s economy — a tiny clique that props up Vladimir Putin’s government. As the Soviet planned economy was chaotically disassembled after 1991, these men gobbled up the assets.

The oligarchs are, in general, closely linked to the Kremlin — yet they keep a large chunk of their money outside the country. They snatch up mega-yachts in southern France, penthouse apartments in Manhattan, or townhouses in London (and then dig four-story basements full of luxury). Realty speculation is a good way to park capital — and also to cover up its sources.

Now, Western governments have started seizing such assets. Ten days ago, for example, the UK announced it was sanctioning Roman Abramowich, the owner of the Chelsea football club, along with six other oligarchs. This is a big move for the government of Boris Johnson, whose Conservative Party has taken plenty of donations from Russian investors in “Londongrad.”

Dominic Raab, Johnson’s deputy, has said that oligarchic mansions should be taken over and used to house refugees from Ukraine. This was an interesting proposal by a conservative politician otherwise known as a defender of sacred property rights.

Mark Levine, the borough president of Manhattan, made a similar demand:

For years Manhattan has been one of the most popular safe harbors for Russian oligarchs to park their cash, especially via ultra-high-end apartments. It’s time to start seizing their properties.

This is an excellent idea. In a city with a terrible housing crisis, it has always been criminal that apartments are kept empty.

Wealthy Russians do own a big chunk of New York’s real estate. But it is hard to say who owns what, exactly, since so much expensive housing technically belongs to secretive shell companies.

Nonetheless, studies looking at the buyers of luxury properties show that Russians are nowhere near the top of the list. Who is gobbling up housing, as a speculative asset? Good ol’ American billionaires!

Jeff Bezos, for example, owns five gargantuan condos in Manhattan. Bezos, of course, does not live in the city. Yet he nonetheless claims enough space to house dozens of people.

Everyone would agree we should take over housing controlled by Russian oligarchs. The term suggests that Russian capitalists got rich with mafia methods and favors from corrupt governments — which is certainly true.

But are U.S. billionaires any different? Tesla, Amazon, and Microsoft — to name the companies of just the three wealthiest billionaires — have long records of illegal, monopolistic practices. All of these companies get subsidies from public coffers, while paying little to nothing in taxes themselves.

Musk and Bezos both had workers risk their lives in order to maximize profits during a pandemic. Why is their wealth any more legitimate than that of Abramowich and friends?

The fortunes of Russia’s oligarchs are downright tiny compared to those of their U.S. counterparts. According to Wikipedia, the ten wealthiest men in Russia have a total wealth of $200 billion. That is less than just the #1 oligarch in the United States, Elon Musk. According to the same source, the top ten billionaires in this country have something like $1.3 trillion between them.

Jeff Bezos has gotten wealthy by refusing to pay his workers a living wage or allow them to join a union. Why should he own tens of thousands of square feet of living space right in the middle of New York City? It is time to take over that property and use it to house needy New Yorkers.