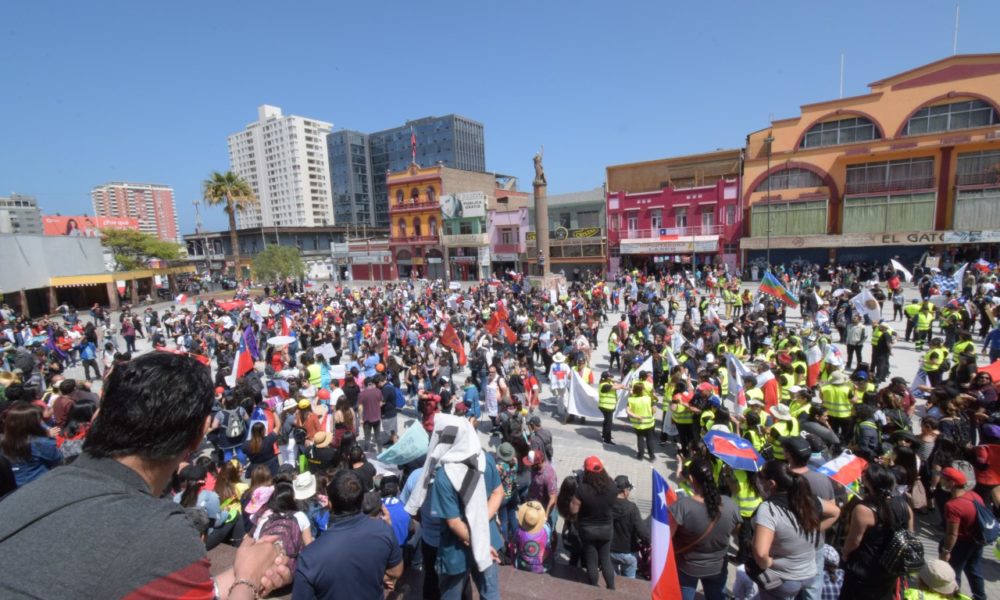 The Security and Protection Committee of Antofagasta organized this assembly of 6,000 on October 24 (picture: La Izquierda Diario Chile)

More than two weeks of mobilization by millions of people in Chile have posed a serious challenge to Piñera and his government. The huge demonstrations across the country against the living conditions faced by working people all point to the same root cause: the repressive and neoliberal regime inherited from the Pinochet dictatorship (1973-1989). Government coalitions of the center-left and the Right have administered this regime in the interests of big business for the last 30 years. The chant “it is not 30 pesos, it is 30 years” graphically demonstrates how all of this is now being profoundly questioned.

Right now we are up against the attempt by the government, with the support of the center-left parties of the former Concertación coalition, to save itself—and the regime as a whole—through a policy of “social dialogue,” throwing a few crumbs to the population. But this has not managed to get the hundreds of thousands of protestors off the streets. Joining this attempt to derail the movement are the Frente Amplio (Broad Front) and the Communist Party. They are counting on Piñera’s claim that he “will not exclude anyone” from negotiations. In the case of the Frente Amplio, they have already sent off a letter requesting a meeting with the new Minister of the Interior, Gonzalo Blumel. In this way, they open the way for dialogue with a government that violates human rights and is responsible for murders, torture, rape, beatings, and other humiliations.

This situation poses the question: which road can we take in order to confront the traps of the government and win every one of our demands? In this respect, there are some examples of coordination among sectors of workers, young people, students, and professionals that deserve to be known and shared among the working class and the population as a whole.

In Antofagasta, the Comité de Emergencia y Resguardo (Emergency and Protection Committee) was formed on the initiative of the Teachers’ Association (CdP) and the Union of Teachers and Education Professionals (SIPPE). In the offices of the Teachers’ Association, teachers and education workers, health workers, industrial workers, students, artists, and professionals such as doctors, lawyers and psychologists all participate. They seek to make this space available to demonstrators who have been affected by the repression, and also for discussion, organization and coordination.

The Committee aims to be a place where different ideas for actions are discussed in assemblies in order to respond to the national emergency. One of the first points that members of this space agreed upon was to fight against the repression that the government has brought down on us, first with the state of emergency, and then with the curfew and the brutal deployment of the Carabineros [military police] and military against demonstrators.

Another point that has been clearly set out is the call for a general strike until Piñera falls. This is the only serious way to win our demands and put an end to this entire regime as a whole. This would be the foundation to impose a free and sovereign Constituent Assembly so that the people can decide how best to resolve their social and democratic demands, without any imposition from the institutions of the regime. 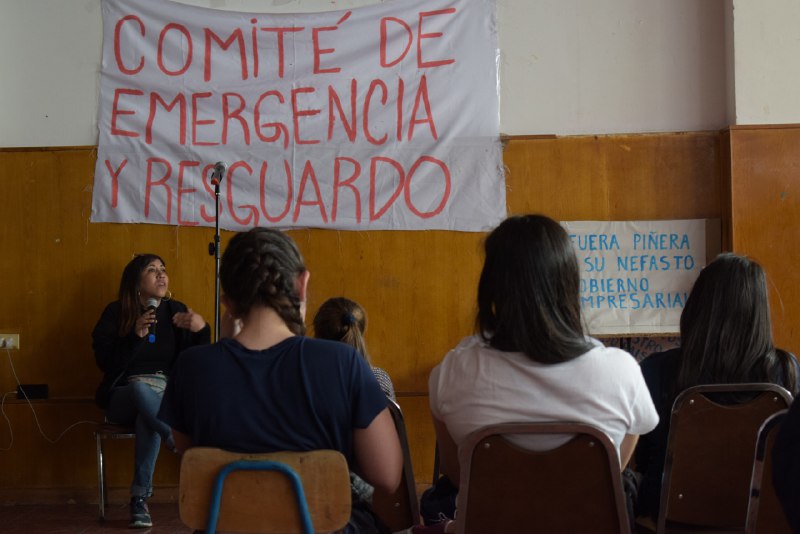 Patricia Romo, president of the Antofagasta local of the Teachers’ Association, and one of the main representatives of the Committee, stated that this body:

is a space for self-organization, an example of how to remain organized beyond just the calls for marches, and thus open up a democratic space for the discussion of how we can win our demands. It is clear that we will not achieve our demands through the action of Piñera and his murderous government, nor through dialogue that will only end up being a diversion. On the contrary, we have to direct our strength towards the big organizations of the workers, so that these rise to the occasion and call for an indefinite general strike that continues until Piñera falls. Only in this way will we be able to impose a Constituent Assembly that is free and sovereign.

Some of the areas of discussion and organization that have been promoted in the Teachers’ Association building are: 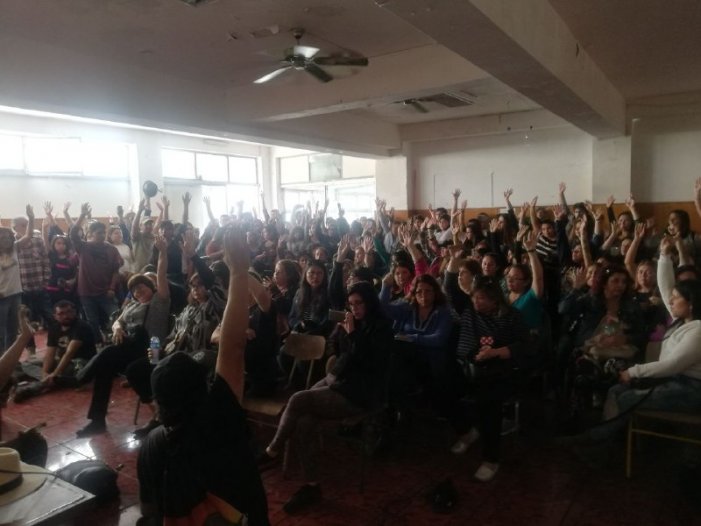 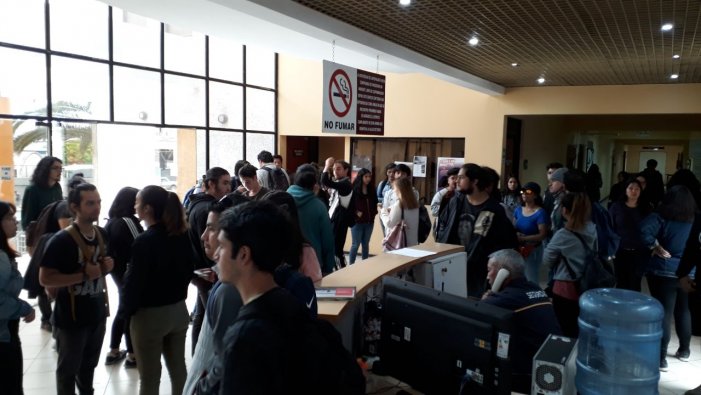 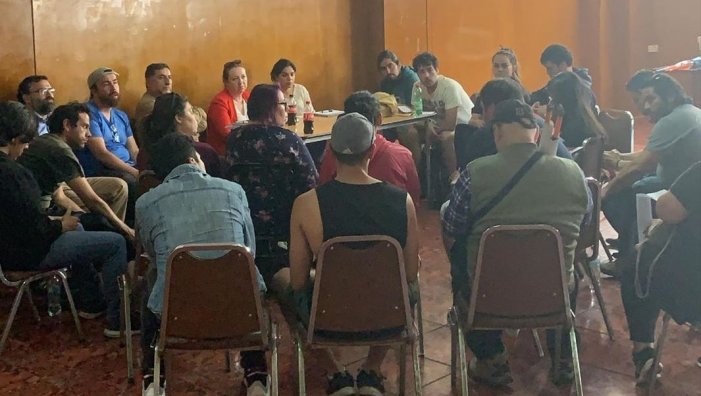 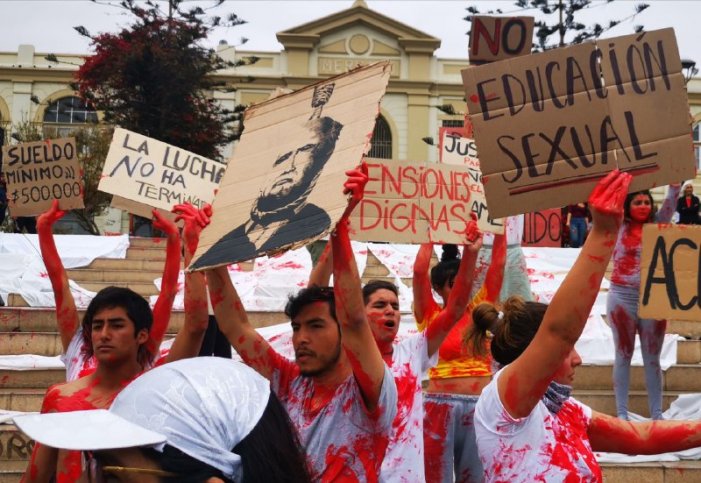 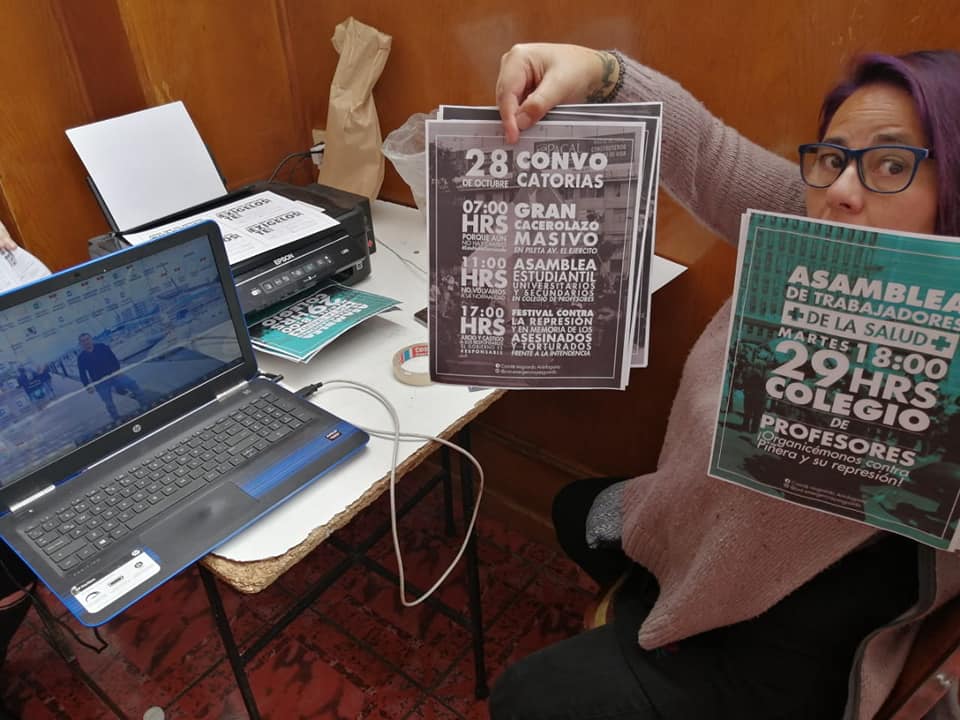 An Example of Self-Organization

This space, open to workers, students, professionals, artists and residents, has become an example of self-organization and coordination among different sectors who have taken to the streets to fight. It demonstrates the importance of such organization and coordination given the situation that we now confront across the country. It is an example that we want to disseminate to the whole working class, to those young people who face repression, and to the students who fight against this regime.

The massive mobilizations have forced the union leaders to set up their own “strike committees.” But these must strive for the coordination and organization of different sectors, promote democratic spaces, and include rank-and-file delegates, in the same way that the Emergency and Protection Committees do. That is the only way to overthrow this government and the regime that has brought over 30 years of shame and indignity for working people, youth, women, children, and pensioners.

We must launch and strengthen self-organization bodies of this type, joining our forces in order to bring down Piñera, his government, and the whole regime that is hated by millions and has nothing to offer us. We invite you to get to know and learn about these initiatives and then replicate them in other cities across the country!

Galia is a teacher and a leader of the Revolutionary Workers Party (PTR) in Chile.