Amid all the talk of global supply chain disruptions, the real cause — production for profit — has been largely ignored. 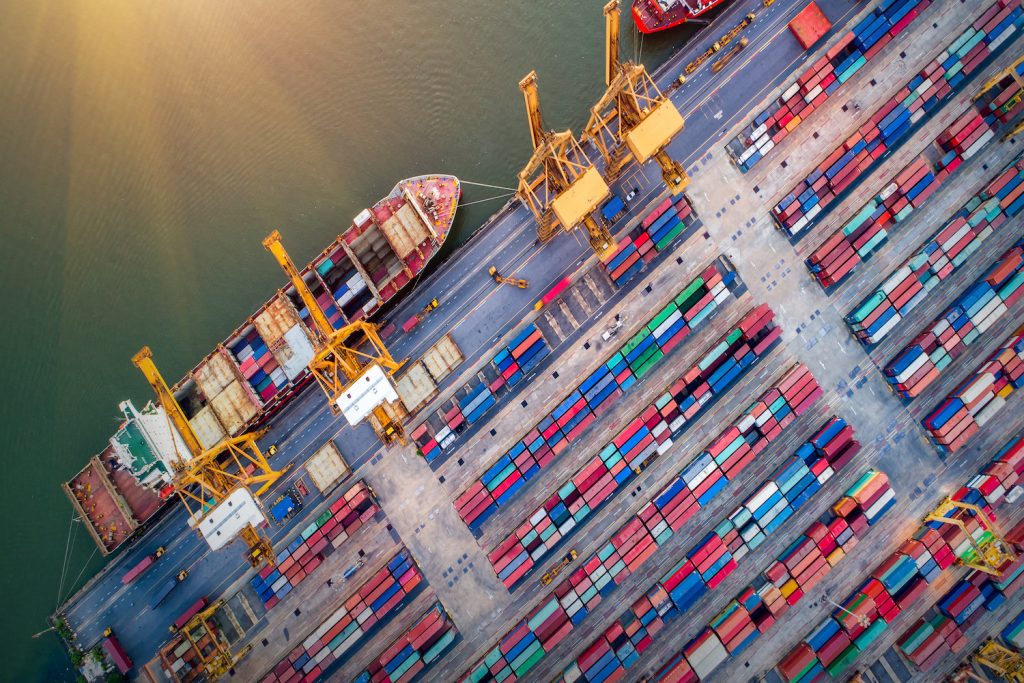 The mainstream media is suddenly obsessed with supply chains — and it’s not just the Wall Street Journal. Fox News, MSNBC, Newsweek, USA Today, Time magazine, and pretty much every other major popular media source are all talking about how the ongoing just-in-time supply chain disruptions are leading to empty shelves, a lack of donuts, and even threatening to destroy Christmas. This generally frivolous emphasis on consumer goods, however, obscures the more serious dangers that such supply chain disruptions can pose for the distribution of necessary and sometimes even lifesaving goods, such as food, medicines, and medical equipment.

Nonetheless, this sudden attention to what has largely been a carefully disregarded aspect of the global economy is a welcome development, since it so clearly reveals the shriveled wizard behind the curtain of capitalist production. While the media looks to find immediate explanations for the “sudden” failure of what is one of the biggest advances for capitalist profits since Ford introduced the factory assembly line, the underlying causes of these disruptions are much more complex and systemic. As both financial analysts and left-wing academics have been pointing out for years, it was only a matter of time before the cracks in the just-in-time global supply chain started showing. And, thanks to climate change, the pandemic, and the economic chaos it continues to create, that moment has arrived, and it looks like things are only going to get worse.

But these disruptions and shortages of basic necessities that have plagued the U.S. and other countries around the world do not simply result from this or that disaster. They are the inevitable outcomes of an inherently unstable economic system grounded in the logic of production for profit.

As Kim Moody — one of the foremost left scholars on the subject — explained recently in an op-ed for the Guardian, the idea of just-in-time supply chains was originally developed in the 1950s in order to streamline the auto manufacturing process. By eliminating supposedly wasteful storage and warehouse costs and manufacturing and delivering goods to where they had to be precisely when they were needed, just-in-time manufacturing and delivery radically reduced labor costs and allowed for massive corporate profits at a time when capital was desperate for new ways to address the fall in profits that began to accelerate in the 1960s and 1970s. By the 1980s this method of production had spread across the auto industry, and a whole new web of factories, warehouses, ports, and depots developed around the world, generating an endless movement of goods, that, like the circulatory system of the human body, must continually flow or else the organism dies.

These supply chains have served investors and corporate profits well, especially after the rise of Amazon and the increasing development of online shopping further reduced the necessity of storing or even displaying goods for consumption. But those profits, as always, have been at the expense of working people and the environment the world over. This hyperefficient method of distribution has not only led to shortages of essential goods like toilet paper, surgical masks, tractor tires, and micro chips; it has also destroyed jobs, ramped up labor exploitation, and lowered wages, all while encouraging extraordinary levels of wasteful consumption of products that no one needs and almost no one really wants. Consider the near unlimited number of plastic pieces of crap available on Amazon. Indeed, if you can imagine it, and type it into a search engine, someone somewhere will manufacture it almost as fast as you can click the Buy Now button. There is an abundance of widescreen televisions, for instance, that sell for a mere fraction of what they cost just five years ago, but U.S. farmers literally  cannot harvest their crops (the ones we rely on to live) for lack of parts and materials. And nurses were unable to get access to lifesaving personal protective equipment for weeks during a global pandemic, because storing such items, and paying someone to watch over them, would simply not have been profitable.

And there’s the rub. These disruptions are happening precisely because of, not despite, the pressures to maximize efficiencies and profit that defenders of capitalism claim make the system so good at creating abundance. As Moody points out, one of the leading disruptors of supply chains is the massive shortage of truck drivers across the U.S. and the UK. But these shortages are not merely a product of the pandemic. They were created by decades of low pay, long hours, and hyperexploitation that make these jobs a living hell for workers. The same goes for warehouse and distribution work, especially at companies like Amazon, where employees must regularly submit to speedups and surveillance or lose their job.

And of course, the just-in-time global supply chain has also contributed massively to the ongoing destruction of the environment and unalterable, radical climate change. The endless flow of goods at all hours of the day across every ocean and every road is impossible without the use of unprecedented amounts of energy. International shipping, in fact, produces more than one billion tons of carbon emissions each year, and emits more than 20 million tons of poisonous sulfur oxides. This is about 2 percent of the total global output of carbon emissions and equal to the total emissions of entire industrialized countries such as Germany and Japan. Further, these emissions could increase by as much as 250 percent by 2050, according to the International Maritime Organization. At the same time, the climate change engendered by such methods of production and distribution is quickly becoming the greatest threat to these supply chains. Recent droughts in Canada, for instance, led to shortages and spikes in the cost of lumber, directly impacting the U.S. construction industry, while wildfires across the continent have caused significant delays in ground transportation deliveries, impacting the entire supply chain and disrupting and slowing down both manufacturing and distribution of everything from diapers to gasoline, poultry, and coffee.

For Moody, all this is evidence that humanity needs to “move on” from just-in-time supply chains. But this recommendation obscures the fact that the problems of supply chain disruptions are not only about the way commodities are distributed; they’re endemic to capitalist production itself. Regardless of the cost of such disruptions, these supply chains are far too profitable to ever be scrapped for some other more rational form of distribution. And Moody knows very well that there is no moving beyond such systems under capitalism without moving from the frying pan and into the fire. The solution, the only solution, to the supply chain conundrum lies in the overthrowing of global capitalism as a system of exploitation and wasteful production. Interestingly, Moody’s work provides at least a glimpse of how such a struggle might begin to unfold. In fact, as he argued in his 2017 book On New Terrain, it is precisely what makes global just-in-time supply chains so profitable that also makes them so vulnerable to disruption and sabotage from below. In this moment of crisis, when hundreds of thousands are dying for lack of basic medical services, when millions remain unemployed and millions more have given up trying to find work; when humanity is on the verge of an ecological collapse that threatens the lives and livelihoods of hundreds of millions of people, workers in the logistics industry are more powerful than ever.

Because global supply chains are so fragile, logistics workers, particularly port workers, truck drivers, and warehouse workers, have an enormous amount of leverage over the global economy — a leverage that is rivaled only by their current lack of organization. The struggle to unionize Amazon is a good example of the difficulties that lie ahead. But even small coordinated actions across the logistics sector, if organized and supported by workers in other industries, could be used to extract major concessions from both the capitalists and the state. Medicare for all, free universal college, free universal childcare, massive investments in renewable energy, and immediate and vast limits on future carbon emissions are all gains that could be won, all while inspiring and strengthening the broader power of the working class.

The just-in-time global supply chain has been a boon for capitalism and has been terrible for working people and the environment. But any alternative to such models under capitalism would likely only be worse. A sane economy that respects ecological limits to production, one based on need rather than profit, is simply impossible under capitalism. But the bourgeoisie, as Marx and Engels explained, creates its own gravediggers. Exploiting the weaknesses of the global supply chain is but one of the ways to expedite that work.