On Saturday, Arizona teachers flexed their muscles. They called out sick and delayed the unsafe reopening of schools that will put many in danger. This is just a small taste of what a nationwide teachers’ strike would look like. 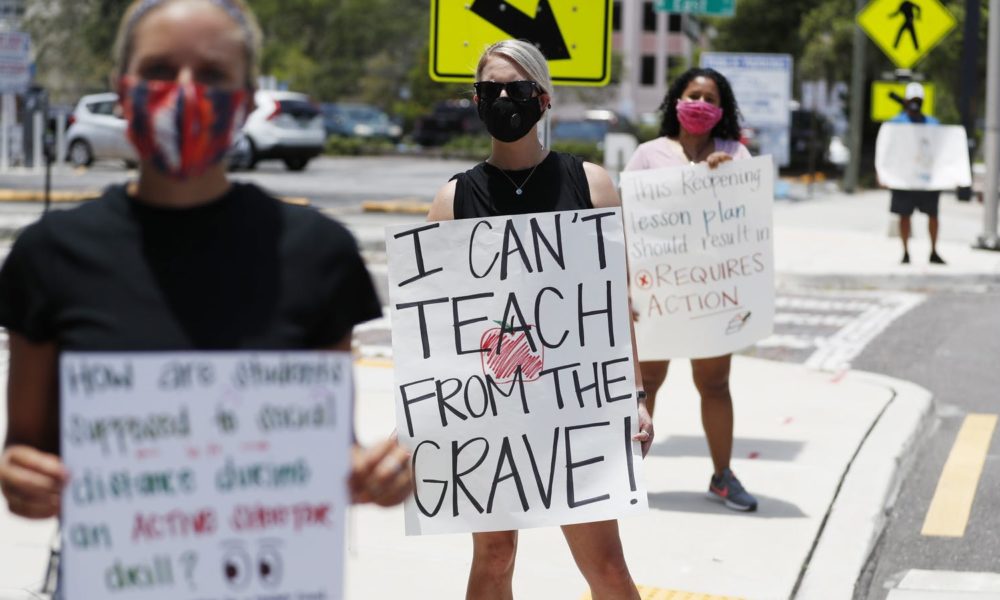 Teachers in Arizona’s J.O. Combs Unified School District garnered a major victory this past Saturday. Over 100 teachers went on mass sickout, forcing the district to cancel its plans to reopen schools. Actions like this have also occurred in Chicago, where just the threat of a teachers’ strike forced schools to shift to remote learning rather than send teachers and students back to school in unsafe conditions. Teachers all over the country are well-positioned to fight back against school boards which are facing intense pressure at the state and federal level to reopen schools despite the risks posed by Covid-19.

The district was prepared to reopen schools on Monday after being granted government approval to reopen. However, these plans would have put the lives of staff, faculty, and students at risk. Arizona continues to face high numbers of Covid-19 cases, and no school district in the state meets the department of health’s requirements to reopen.  Nevertheless, as politicians have admitted, states are attempting to force schools to reopen so that parents can go back to work and make profits for the rich.

But educators were not willing to sacrifice their lives, the lives of their students, and the lives of other workers within Arizona school facilities to further enrich capitalist coffers. 109 teachers, who make up around 20% of the school district’s total teaching staff, called out sick. With so many teachers refusing to go back to work, the district did not have enough teachers to hold classes and had no choice but to give in to the demands of workers and delay the first day of school. The superintendent of the district said that the message they received from teachers was that they do not feel safe returning to classrooms with students.

A victory like this displays the potential of a national teacher’s strike. Teachers are intimately connected to working class communities and play an integral role in the reproduction of capitalist society. As is evident by the ruling class’s rush to reopen schools in the middle of the pandemic, workers can only carry on with everyday production and make capitalists a profit if schools are open to take care of their children. If teachers do not work, the economy is forced to a halt.

A national teachers’ strike could demand and achieve so much. It could fight to cancel school reopenings or shift to remote learning until schools are able to meet the safety requirements of both teachers and medical professionals. But beyond this, a national teachers’ strike — united with other workers’ struggles — could make demands in every sector of society impacted by the pandemic and economic crisis.  Teachers could fight for rent cancellations, adequate housing for all, proper PPE for essential workers, as well as for racial justice and an end to police terror. Utilizing the collective power of teachers  on a national scale, the working class could garner significant concessions from the state and capital.