Stamford, Connecticut. Today, workers at Hilton Hotel visited the manager’s office to deliver a cake decorated with the words, “Felicidades Union 217” (Congratulations Union 217), celebrating their petition for a union. The general manager, said to have hidden in the back, wasn’t there to receive the sweet gift. Yesterday, over a hundred Hilton workers and […] 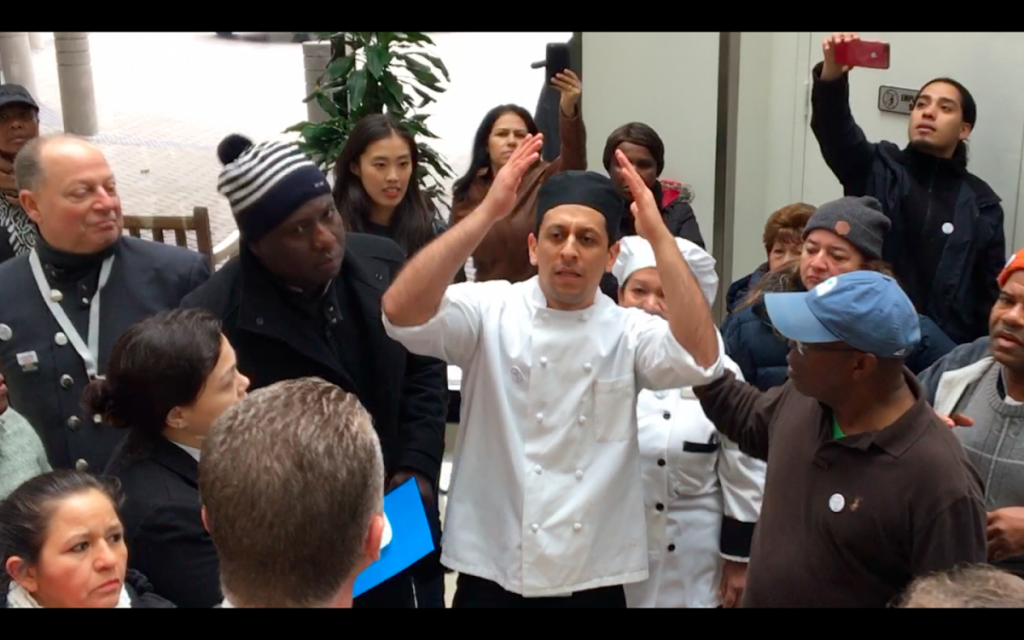