Sign the Petition in Support of Striking Dockworkers in Germany

Last week, thousands of dockworkers in Hamburg and other German cities went on strike. Police attacked them and courts tried to ban their action. In response, more than 3,000 workers have signed this petition for the right to strike. You can sign too! 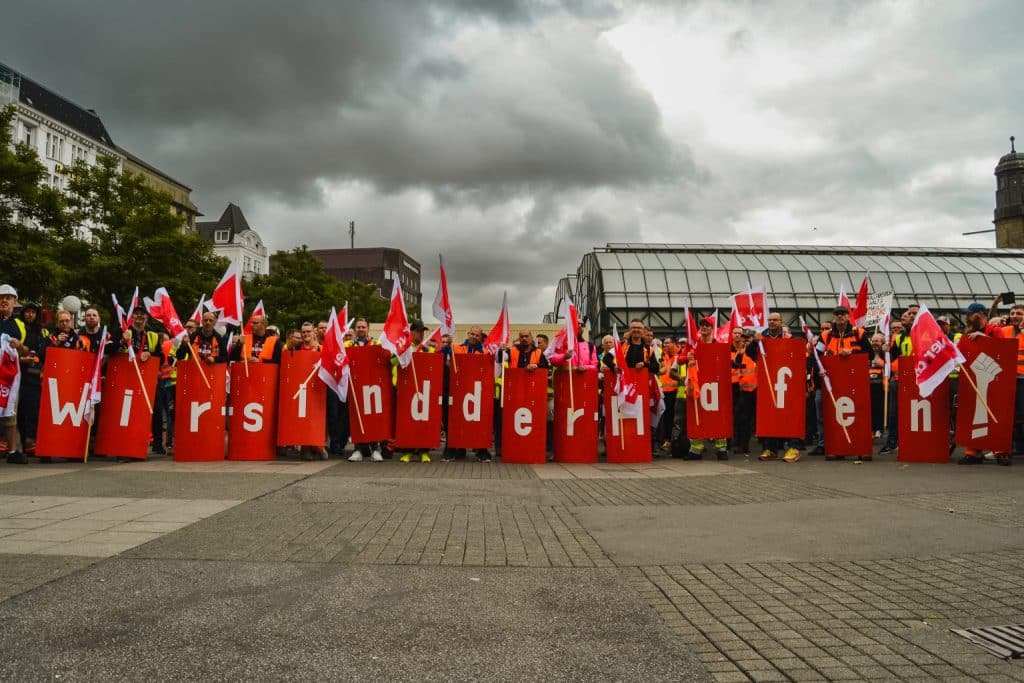 Last week, thousands of dockworkers in Hamburg and other German cities went on strike. Police attacked them and courts tried to ban their action. In response, more than 3,000 workers have signed this petition in defense of their right to strike. You can sign the petition via Google Docs.

Petition: Against any restriction of the right to strike!

The port workers from Hamburg, Bremen, Bremerhaven, Brake, and Wilhelmshaven went on strike for 48 hours on Thursday, July 14. It is the longest port strike in more than 40 years in Germany. The Central Association of German Seaport Operators (ZDS) has ignored the demands raised by the trade union ver.di in the past six rounds of negotiations. They demand compensation for inflation which is currently about 7.8 percent, a salary increase of 1.20 euros per hour, and further bonuses depending on the department, with the contract lasting for one year.

After the first warning strikes, the president of the employers’ association, Rainer Dulger, demanded that the work stoppages in the ports be banned by declaring a “national state of emergency.” The logistics companies HHLA and Eurogate sought injunctions against the call for the strike. Although the labor court in Hamburg approved the 48-hour strike, it expressed doubts about the formal legality of the strike call. Following a settlement between the plaintiffs and ver.di, there will be a “peace obligation” (i.e. a ban on strikes) until August 26.

As members of ver.di and other trade unions, we cannot give in to corporate pressure and agree to restrictions on our right to strike. Hamburg’s Senator for Economic Affairs, Michael Westhagemann, is calling for an arbitration process that would abruptly end the strike from above. Numerous obstacles are being placed in the way of the port strike in order to break the will of the workers.

This attempt by employers to break strikes with judicial means is not an isolated case. In North Rhine-Westphalia (NRW), for example, public-sector employers recently tried to have a strike at hospitals banned by the courts, just as they had previously done in Berlin by suing the healthcare workers’ unions.

Despite the restriction of the right to strike, thousands of dockworkers gathered in Hamburg to strike for their demands. A worker from Eurogate Hamburg said: “We are taking to the streets because the right to strike has been violated.” During the demonstration there was police violence and arrests. The police beat the dockers and used pepper spray against them.

Especially in times of high inflation, it is necessary that unions be able to strike in order to maintain workers’ standards of living. We therefore oppose any restrictions of the right to strike, whether through judicial or police measures. We demand:

1. the abolition of “peace obligation”!

2. no forced arbitration! Let the workers themselves decide about their strike!

3. for the unrestricted right to strike in all labor disputes!

4. no police measures against the strike.

Solidarity with the port strikes! Sign the petition below.