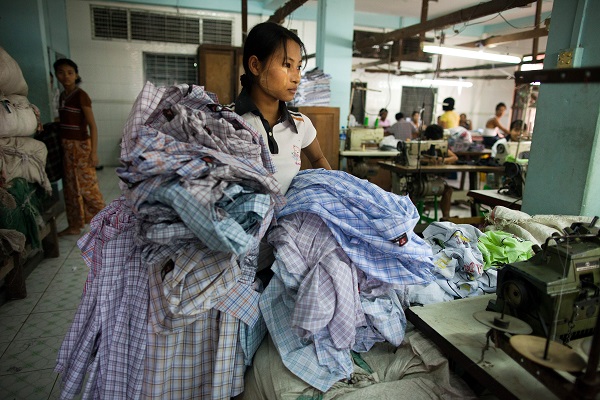 The now-famous image of Vietnamese, clinging to the last United States helicopter leaving Saigon from the top of the American embassy, marked the end of the Vietnam War and the beginning of the Vietnamese refugee experience. When the war officially ended on April 30, 1975, many fled the country not by helicopter, but by boat, facing pirates and starvation at sea. The United Nations High Commissioner for Refugees began to set up camps in Thailand, the Philippines, Malaysia and Hong Kong to accommodate more than a million Vietnamese refugees with nowhere else to go.

My family was among the many that escaped war-torn Vietnam. We first arrived at a refugee camp in Thailand and then settled in California. Having lost everything as a result of the Vietnam War, my parents started from scratch in America. They strived to achieve the American Dream that was instilled in them when they reached American soil, embracing the image of owning a car and a house with a white picket fence in a small town–peaceful middle-class living, especially when compared to Vietnam. But this ideal was far from the reality my family encountered.

My parents faced racism and economic downward mobility. They tried hard to adjust to life in the United States, but it was not easy. They struggled to provide for my siblings and me.

That American Dream was unattainable. My parents were factory workers. My mother’s first job was in a garment factory, making luxury pajamas for women. The smooth silk pajamas that she spent countless hours sewing would never touch her body. I was only 8 years old, but I vividly remember the details of the factory from the time she brought me to work. The place was dark and stacked with fabrics. It wasn’t “bring your son or daughter to work day,” but my mom had to take me to the factory because I made a fuss about staying home alone that day. I was used to being home while my mom worked long hours in the factory, but that day I didn’t want to be alone. I was an 8-year-old child who just wanted to be with my mother.

My parents faced racism and economic downward mobility. They tried hard to adjust to life in the United States, but it was not easy.

At the factory, I followed my mother’s every movement. She meticulously sewed each pajama, along with some of her coworkers, who were immigrants from all over the world: Russia, Italy and different Asian countries. Others did the packaging. Over and over my mother’s hands sewed the fabric she could never afford–never sitting down, never resting for 9 to 10 hours a day, the monotonous work tiring her body and numbing her mind.

During my visit, I thought it was all very fun; it wasn’t every day I got to see what my mom did at work. My mother’s co-worker, Josephine, an Italian immigrant, gave me cookies and let me play with her lunch box. I took naps on a pile of smooth warm fabrics. Today, as I think back on that day, I have mixed feelings. My mother’s friend shielded me from the horror of the working environment at the garment factory. Josephine made the job seem pleasant; when, in reality, the job was far from pleasant.

As I got older and entered middle school, the garment factory closed down and my mother worked at different factories before settling for a factory that produced papers. One summer my mother decided to pick blueberries for extra money. This time, I decided to follow her, not as an observer, but as a worker. The extra income would help my family, who struggled to make ends meet.

A van came at 5:30 am in the morning to pick me and my mother up. The van was filled with Cambodian and Vietnamese immigrants. The driver drove us to the boondocks of New Jersey. The work was not kind to the human body. It destroyed my 12-year-old body that day, and I can only imagine what it did to those who were older and labored there every day for years of their lives. I picked blueberries for 8 hours with a 30-minute break for lunch. It was back-breaking labor; I had to bend down to pick tiny berries to fill the barrels while the sun bore down on my neck. At the end of the day, my back hurt and hands were sore. The sunset and a van came by to take us home. I did not know how my mother manage to do it 6 days a week.

It was back- breaking labor; I had to bend down to pick tiny berries to fill the barrels while the sun bore down on my neck.

Today, she complains of arthritis, back and neck pain. All those minutes, hours, and days bending and twisting have taken a toll on her body. The discourse of “pulling yourself up by your bootstraps” doesn’t work and will never work. No matter how hard my mother works, she will never be able to make it in this capitalist society, which ostracizes and criminalizes immigrants and the poor and working class.

My mother made 5 dollars an hour. She could barely support herself, let alone support her children. My mother was very frugal. She hardly bought anything for herself. When I was a kid, we re-purposed tin cans and shopped at thrift stores to save money. It was very difficult to make ends meet at home. All of the hard work and sacrifices weren’t enough to pull us out of poverty. Her boss made roughly 400 percent more than my mother. My mother could barely survive on the salary that was given to her. While her boss could afford a luxurious vacation, she could barely afford time off to rest.

Looking back at my mother’s struggles and sacrifices, I am infuriated at the capitalist system that took away my mother’s humanity. She was made into a robot: her emotions and feelings were stripped away from her. She had to stand for 8, 9 hours a day repeating the same motions countless times. She had to bend down in the sun to pick berries that my family could not afford to eat. The assembly line gradually stripped away her soul. She came home tired from the tedious work, but still managed to make dinner for my siblings and me.

I am angry at the capitalist system that exploits the labors of individuals such as my mother. She spent most of her time in the factory with no time to take care of herself. The factory owned her body and soul by paying her very little, forcing her to work long hours just to make ends meet. This system will never be beneficial to my mother and so many others.