It’s no secret. Marx and Marxists loved to use vivid and yes, spooky imagery: spectres, ghosts, rotting corpses and vampires. Here are six of our favorites. Send us your favorite spooky socialist quotes and we will update this article to include audience submissions. Contact us via email ([email protected]), Twitter (@left_voice) or send us a Facebook message! 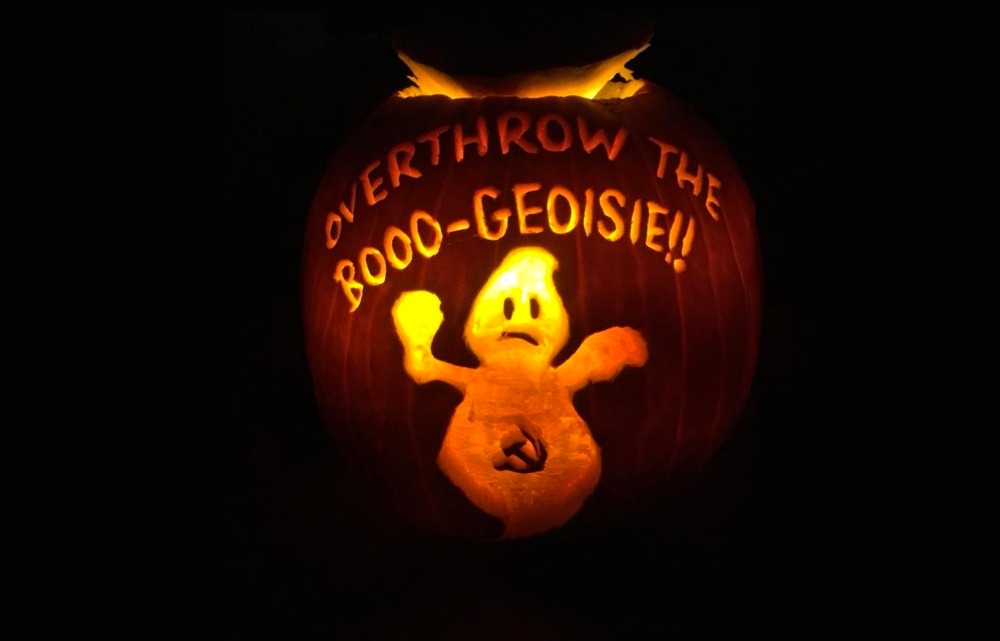 “The contract by which he sold to the capitalist his labour-power proved, so to say, in black and white that he disposed of himself freely. The bargain concluded, it is discovered that he was no “free agent,” that the time for which he is free to sell his labour-power is the time for which he is forced to sell it, [163] that in fact the vampire will not lose its hold on him “so long as there is a muscle, a nerve, a drop of blood to be exploited.”

“What the bourgeoisie, therefore, produces, above all, is its own grave-diggers. Its fall and the victory of the proletariat are equally inevitable.”

4. Vladimir Lenin, The Second Congress of the Communist International

(On Keynes) “He has arrived at conclusions which are more weighty, more striking and more instructive than any a Communist revolutionary could draw, because they are the conclusions of a well-known bourgeois and implacable enemy of Bolshevism, which he, like the British philistine he is, imagines as something monstrous, ferocious, and bestial.”

5. Rosa Luxemburg, Speech on the program to the founding conference of the KPD

“Social democracy is nothing but a stinking corpse.”

And the one that everyone knows and loves:

“A spectre is haunting Europe — the spectre of communism. All the powers of old Europe have entered into a holy alliance to exorcise this spectre: Pope and Tsar, Metternich and Guizot, French Radicals and German police-spies.”

Send us your favorite spooky socialist quotes and we will include audience submissions in this article. (Contact us via email ([email protected]), twitter (@left_voice) or send us a facebook message).