Slow and Painful: Death by US Healthcare 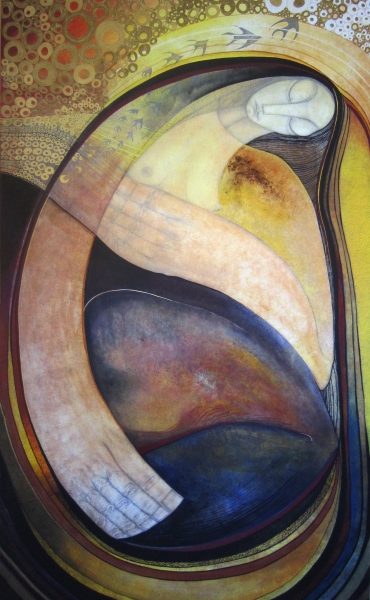 “I just want to have sex again.” These frank words were out of her mouth less than five minutes into our conversation.

I can no longer clearly picture her face, but I remember the sickly sweet smell of her hospital room–a mix of floral air freshener and a lingering hospital-acquired diarrheal infection. I remember the basic demographics listed in her medical chart: forty-nine years old, black, female. I remember her soft, lilting voice; her sentences that were almost always bookended with a “hey sweetheart” and a “thank you, darling.” I remember how she once abruptly announced, “I’ve got forty dollars to my name.” I remember that her body mass index was less than eighteen.

It wasn’t just the sex. A couple of times a week, her boyfriend would bring her favorite, the Meatball Marinara footlong from Subway, to her room in the hospital. But she could never have more than a few bites at a time. The floor’s refrigerator was stockpiled with old forgotten sandwiches.

“Why would God do this to me?” she asked, often. I did not have compelling answers.

I came to know this woman when I was a student chaplain rounding on a women’s health floor in a West Philadelphia hospital. She was living with metastatic stage IV cervical cancer–i.e., a cancer that has grown beyond the cervix to encroach on adjacent organs, reaching as far as even the lungs and bones. People with this stage of cervical cancer rarely survive more than a year or two. In her case, the cancer had spread in ways that made both sex and digestion very painful.

“Why would God do this to me?” she asked, often. I did not have compelling answers. I could hear the genuine pained confusion in her voice when she posed this question, unable to reconcile her image of the loving Christian Father she had put her faith in with her immediate experience of pain and suffering.

What I did know was that no one should be dying of cervical cancer.

Cervical cancer is one of the easiest cancers to prevent, with regular screenings (the Pap test) and vaccinations. According to the American Cancer Society, “as many as 80% of deaths from cervical cancer could be prevented by regular screening coupled with adequate patient follow-up and treatment.”(1) Lack of health insurance is the strongest predictor of cancer screening underutilization.(2) In an attempt to reach more women, the Affordable Care Act (ACA) has eliminated cost-sharing (copayment or coinsurance) of preventive services such as Pap tests, mammograms, and clinical breast examinations.

But who has this strategy really reached? The only women who are shown to benefit from the ACA’s attempt to broaden coverage of preventive services are young women (ages twenty-one to twenty-five) who can opt into their employed parents’ insurance plans. The ACA has significantly increased early diagnoses of cervical cancer for these women. For women outside of that demographic, detection rates have stayed flat.(3)

Women who are most in need of preventive services continue to be underserved. The Centers for Disease Control and Prevention’s National Breast and Cervical Cancer Early Detection Program (NBCCEDP) began in 1990 “to help low-income, uninsured, and underinsured women gain access to breast and cervical cancer screening and diagnostic services.” But this effort is estimated to reach only 9 percent of those eligible for cervical cancer screening.(4)

Women who are most in need of preventive services continue to be underserved.

Undocumented women do not benefit from the ACA. This is reflected in who bears the burden of mortality from cervical cancer: the American Congress of Obstetricians and Gynecologists reports that “although the incidence and mortality from cervical cancer is decreasing among women born in the United States, it is increasing among immigrant women.”(5)

Even when transgendered persons are not denied health care under transphobic transgender exclusion policies (which deny them transition-related cares and procedures, but in some cases also…treatment for broken arms), they face additional challenges and costs within the clinical encounter.

For example, a recent study found that “FTM [female-to-male] patients were more likely to have an inadequate Pap” due to “physical changes induced by testosterone therapy and provider/patient discomfort with exam. Clinicians should receive training in increasing comfort for FTM patients during the exam.”(6)

So not only are transgendered persons less likely to receive preventive services in the first place, but they are also more likely to need multiple Pap tests for an adequate cervical cancer screening. There are new regulations coming into effect on July 18, 2016 that make transgender exclusion policies illegal, but translation of policy to clinical encounter is inevitably a rocky road.

And for those who screen positive for cervical cancer, what next? In the Monthly Review, Howard Waitzkin and Ida Hellander spell out implications of Obamacare’s “minimum benefits packages,” also known as “essential health packages.” Under the ACA, most “women are entitled to pap smears. But treatment of cervical cancer revealed by pap-smear screening would not necessarily be covered, or might require cost sharing, leaving women vulnerable to different local government funding and policies. Benefits for treatment of cervical cancer for poor women with positive pap smears have varied according to the financial resources and policies of different states or municipalities. This variability has occurred in Colombia, Mexico, and other countries that have adopted minimum benefits packages.”

When the bodies of women are left to the whims of local government funding and policies, the bodies of women remain vulnerable to preventable sickness and death. In 2015, Black women in the United States were still twice as likely to die from cervical cancer than were white women.(7) This is violence.

Cervical Cancer is State Violence, Too

When we think of state violence, we often think of police brutality and drone warfare; we hear a pop, a bang, a bomb. As we should. But the state wreaks its violence slowly and silently over the years, too. To die of metastatic cervical cancer in this day and age is to die by state violence: it is the end result of a deeply unjust system that decides who lives and who dies.

In the Monthly Review, Waitzkin and Hellander continue: “Abundant data substantiate that the failure of Obamacare has become nearly inevitable. Even after the ACA is fully implemented, more than one-half of the previously uninsured population will remain uninsured—at least 27 million people, according to the nonpartisan Congressional Budget Office—and at least twice that number will remain underinsured.”(8)

Until universal healthcare is a no-brainer, until health systems reach and work for low-income women of color like the woman I met in the West Philadelphia hospital, healthcare institutions will continue to be sites of state-enacted violence. This was true before the ACA rolled out, and continues to be true in its wake.

A few weeks after she was discharged from the hospital, I visited her in a hospice center for low-income patients run by nuns in the outskirts of Philadelphia. She had lost yet more weight, was barely eating, and was definitely not having sex. When I visited, she tried on a pair of red hoop earrings that her boyfriend had bought for her. She asked me if I thought they suited her. I thought she looked lovely, and she thought so, too.

What was clear, on the many afternoons of sitting at her bedside, was how needless her pain was. What was clear was that the state had robbed her of basic human functions and pleasures. For this woman, state violence was not quick and bloody–it smelled like a diarrheal infection, looked like tossed out sandwiches, and felt like the alienation between two lovers whose bodies have not made contact in far too long. The slow death of a young woman.

“Why would God do this to me?,” she asked, again and again. I still have no answers. But what was clear was that the toll state violence had taken on body was just as real as any god’s cruelty, indifference, or plain absence.

Pavi Jaisankar has spent the last several years working in hospitals, formerly as a pastoral care student in West Philadelphia, and currently as a registered psychiatric nurse in Baltimore.