Socialism is resurgent in the United States. There are many illusions in reformism—especially in Bernie Sanders. But there are also opportunities for revolutionary socialists.  Reflections from the floor of the Socialism Conference in Chicago. 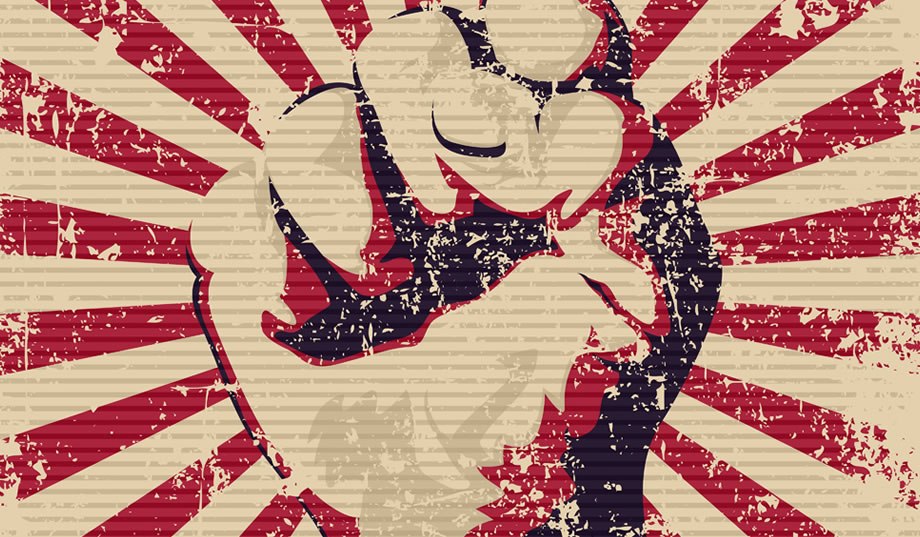 Socialism is resurgent in the United States. The multiple crises of capitalism—concentration camps at the U.S. border, increasing global temperatures, and growing tensions between imperialist countries, just to name a few—are pushing people to the left.  More than half of young people asked have a favorable opinion of socialism.

But when someone tells a pollster they have a favorable opinion of socialism, what kind of socialism are they referring to?

As Marx once remarked, “in every epoch, the ideas of the ruling class are the ruling ideas.” The ruling class in the U.S. might not be as confident as they were a decade ago, but they still have gargantuan apparatuses to propagate their ideas. While large sectors of the masses are developing an interest in socialism, the bourgeoisie and their agents are trying to hold back these progressive ideas by imposing  a bourgeois definition of socialism. They want to define it as a reform program for a system that keeps a market economy and private property of the means of production, but with more regulation and perhaps a bigger public sector.

Comedian Bill Maher, for example, argues that any kind of public spending – Medicare, the highway system, the U.S. army – is basically socialism. Thus he suggests socialism be rebranded as “capitalism plus.”

Bernie Sanders says socialism is basically just New Deal liberalism. Alexandria Ocasio-Cortez similarly maintains that she can be a capitalist and a socialist. Both politicians are inspired by Nordic countries like Sweden and Denmark—countries that might have public health care, but where the means of production still belong to a handful of capitalists.

But socialism is radically different than capitalism, even in its most regulated form. Socialism refers to a society in which all of the wealth—industries, services, infrastructure, natural resources, absolutely everything— is under the democratic control of working people.

Despite all the ruling-class propaganda, many Americans still see socialism as something more radical than  “democratic socialist” politicians would have them believe. According to one poll, while 72% of people think that socialism means universal health care (which it does!), a full two thirds also believe that socialism means a “state-controlled economy.” This definition, invented by a polling company, is slightly deceptive. Yes, socialism means that the state controls the economy—but also that working people control that state in a way that leads to the elimination of social classes and the eventual withering away of the state itself. 52% of people understand socialism means  that the “government ‘democratizes’ private businesses—that is, gives workers control over them—to the greatest extent possible.”

In the words of Bertolt Brecht, socialism is “the simple thing that is hard to do.” The idea could not be easier to grasp: Society’s wealth, which is created by working people, should belong to working people, and not to a tiny minority of bankers and heirs. The democratization of the economy would allow a higher form of democracy than any capitalist society can ever provide. But achieving this requires breaking the incredible power of the capitalists: their states, their armies, their media, their political parties.

Reformists demand more economic rights, but leave the capitalist system intact. They advocate public health care, free college, perhaps even the right to a house and a job. But they propose to leave society’s wealth under the control of a tiny minority. Bernie Sanders, for example, pointedly refused to answer whether anyone “deserved” to be a billionaire. Instead he demanded nothing more than them paying their “fair share” in taxes. But how much exploitation is fair? If 1,000 workers in a factory produce a million dollars in wealth, is it “fair” for a capitalist to appropriate half of that? One quarter? One tenth?

Reformists seek to implement their program via elections—they believe putting the “right” people in elected office can create justice for working people. The problem is that state institutions were created specifically to protect the interests of the capitalist class. So when Jacobin magazine claims that Bernie Sanders, if elected U.S. president, could end poverty in 20 years, how do they imagine that happening? Rich people are only rich because poor people work for them. Will rich people simply give up their immense power? Or will the police, the courts, the bureaucracy and all the other institutions that protect the power of the rich simply have a change of heart?

This is what makes a revolution necessary. Working people need their own organs of power: their own political party, in order to fight for their own state. We need to fight for reforms within capitalism. But such reforms are not an end unto themselves. They need to be part of a strategy that increases the organization and consciousness of working people in their struggle against capitalism.

So far, the resurgence of socialism in the U.S. has mostly benefited reformists: All the excitement about socialism is being channeled into Bernie Sanders’ presidential campaign, while the Democratic Socialists of America (DSA) are riding on his coattails. Revolutionary organizations, in contrast, including left-wing caucuses within the DSA, are in crisis.

Several tens of thousands of people have joined the DSA in the last three years. This includes a number of socialists who not so long ago considered themselves revolutionary, and are now opportunistically yielding to the reformist pressures of the current moment. Following the dissolution of the International Socialist Organization, once the largest revolutionary socialist organization in the U.S., a number of its former leaders have embraced reformism and the Democratic Party.

The Democratic Party is perhaps the oldest bourgeois party in the world. It has a long history of co-opting progressive movements. Socialists who enter the Democratic Party might gain increased visibility—but they soon end up the “left wing of the possible,” (i.e. what the ruling class defines as “possible”) making compromises with the powers that be in a congress that is designed to serve the interests of the rich. People who think they can “humanize” capitalism inevitably end up administering this fundamentally inhumane system.

This can be seen all over Europe. It was often “socialist” governments that implemented brutal austerity measures after the capitalist crisis of 2008. Someone needed to pay the costs of the crisis, and since it was impossible to use the bourgeois state to get the bourgeoisie to pay, the “government socialists” passed the costs onto the workers, in the form of evictions, wage cuts, hospital closures and all kinds of state-sponsored violence.

This is why Rosa Luxemburg said: “In bourgeois society, the [socialist party] by its very nature is prescribed the role of an opposition party; it may appear as a ruling party only on the ruins of the bourgeois state.”

Yes to a Revolutionary Party

Is everything hopeless? No. Ernest Mandel, a Jewish Marxist who joined a Trotskyist group right when the Nazis occupied his native Belgium, once said: “Behind every reason for despair, one must discover a reason for hope.”

This applies to our own desperate times. The Trump Administration is torturing and murdering immigrants—but more working people than ever before are fighting for open borders. Reproductive rights are under attack—but around the world, millions of women are going on strike to defend them. Climate change threatens the very survival of our civilization in the coming decades—but young people around the world are going on strike to end the use of fossil fuels. The capitalists are concentrating ever greater fortunes in ever fewer hands—but they are also concentrating workers into enormous armies. Trade unions might be at a historic ebb in the United States—but the teachers’ strikes are inspiring new militancy everywhere.

Even if reformism is experiencing a brief revival in the U.S., it would be fatal for revolutionaries to capitulate to it. During capitalism’s long post-war economic boom, reformist parties were able to offer their supporters better living conditions year after year, creating the illusion of progress. It was after only a few short decades, however,  that they betrayed their base. Now, with capitalism in crisis, reformism cannot even offer such reforms anymore. Syriza in Greece, for example, went from a reformist hope to a neoliberal traitor in just a few months.

As revolutionaries in the U.S., we need to fight for the construction of a revolutionary party. And even if such a party is not within immediate reach, we cannot abandon that all-important goal. As Leon Trotsky explained,

Reactionary epochs like ours not only disintegrate and weaken the working class and isolate its vanguard but also lower the general ideological level of the movement and throw political thinking back to stages long since passed through. In these conditions the task of the vanguard is, above all, not to let itself be carried along by the backward flow: it must swim against the current. If an unfavourable relation of forces prevents it from holding political positions it has won, it must at least retain its ideological positions, because in them is expressed the dearly paid experience of the past. Fools will consider this policy “sectarian”. Actually it is the only means of preparing for a new tremendous surge forward with the coming historical tide.

At Left Voice, we welcome all signs of resistance to the neoliberal shift. Just to name two important examples, there was the declaration by the Central Ohio Revolutionary Socialists and  the recent contribution by Sandra Bloodworth in Red Flag. The revolutionary socialist left in Argentina, grouped in the Workers Left Front–Unity, shows that it is possible, even in non-revolutionary times, to build a revolutionary socialist organization. Socialists can win a mass audience—not by watering down their program, but rather by building up revolutionary fractions in the workers’ movement that fight for class independence. This means fighting against every form of oppression via self-organization. That is why Trotskyists in Argentina have built up Pan y Rosas (Bread and Roses), a socialist women’s organization with thousands of activists.

To resist the nationalist and reformist pressures we face, revolutionaries need the greatest possible degree of international unity. That’s why we subscribe to the call for a Movement for an International of Socialist Revolution. We open our pages (both printed and online) to all socialists in the U.S. who want to debate about the program, strategy and tactics we need to build up a revolutionary socialist party. Our publication is open to everyone who wants to write about their experiences in the workplace or their struggles against oppression.

Socialism is resurgent in the United States. But the reformist variant of socialism can only lead to betrayal, defeat, demoralization and despair. If revolutionaries can go on the offensive, in contrast, then the renewed interest in socialism and the new militancy among workers in the U.S. can be transformed into a real political power.