“From Little Things Big Things Grow”: Mick Armstrong of the organization Socialist Alternative in Australia has written a book about strategies for building revolutionary organizations. A former member of the ISO reviews it and investigates the debates about the “micro-sect.” 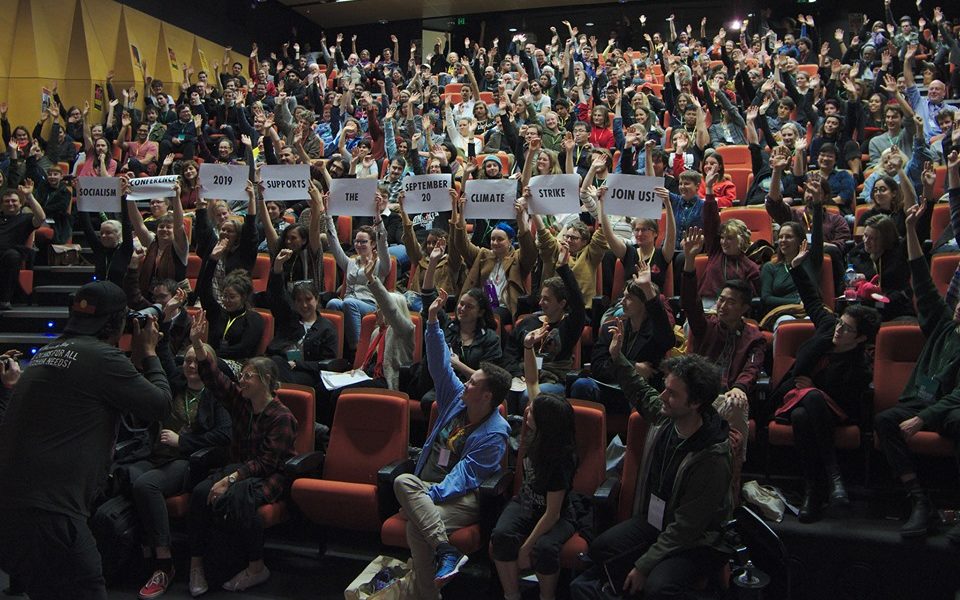 Among those who still defend the goal of a Leninist party, an old debate has broken out again. In the early 1970s, longtime Marxist activist Hal Draper, a former member of the International Socialists, put argued against building “micro-sect” formations. He sharply distinguished between small socialist groups and large working-class parties. Instead of building small socialist groups on a national scale with a defined set of politics, Draper called for the creation of “political centers.” These would be publishing houses for socialist literature. Local groups of socialists would be free to loosely affiliate or not with whatever center they wanted to. He felt this would cut down on factional arguments within socialist groups.

This book by Mick Armstrong is a timely refutation of Draper’s attack on the “micro-sect.” Draper’s thesis was that no small socialist organization has ever grown into or helped create a revolutionary workers’ party.

As Armstrong points out, however, it is obvious that the best way to win people to a set of ideas is to do so in an organized way. Armstrong gives many examples of small groups operating first as discussion groups, then becoming propaganda groups, and then laying the foundations for large parties. Clarity of ideas actually helps in this process.

For Marxists in the Leninist tradition, the best case is the Bolshevik Party itself. The Emancipation of Labor Group started as a small group focused on propaganda. Other such groups formed across Russia. Lenin’s intervention in 1902 was to fuse these already-existing groups into the Russian Social-Democratic Labor Party, an actual party that could intervene in the class struggle. Draper’s analysis—that Lenin’s goal was to establish a political center, not a membership organization—is just wrong. If that was Lenin’s goal, why did he fight so vigorously over the requirements for party membership at the 1903 party congress?

Besides this obvious and crucial example, Armstrong examines the experience of Marx and Engels as well as that of revolutionaries in Poland and France before World War I. He also looks at communism in Vietnam and China, concluding with a discussion of events from the 1970s in Italy and Britain. The earlier examples are not well known among leftists and add substantially to his case.

The examination of Britain is very important. Armstrong does not extend his analysis beyond the mid-1970s, but he does present the International Socialists (IS) of Britain as a good example of how a small group numbering dozens can grow into a small party of thousands (the Socialist Workers Party, SWP) that can intervene in the class struggle. There is a lot to learn, both positive and negative, from the experience of the British SWP. It is clear, however, that the group’s problems did not come from its start as a propaganda organization. Its transition to a larger, more agitational organization, while not smooth, was successful.

Revolutionaries need to intervene in such parties as organized revolutionary tendencies with their own publications and meetings, arguing a clear alternative road forward to that of the reformist or centrist leadership. The success of such an intervention could well depend on whether revolutionaries have previously built a cohesive propaganda group capable of such work.

Armstrong points out that the Draper model is undemocratic:

The core members of the political center are a totally self-selecting group, effectively a clique, which is not subject to any democratic control or accountability.

This means that the supporters of the political center are passive recipients of whatever the center puts out, with at most the ability to choose another unaccountable center instead. Another problem is that

Draper’s schema effectively downplays the importance of revolutionaries clarifying their ideas and drawing sharp lines of demarcation. The life and death votes, faction fights, splits and internal disputes that Draper so decries … are an inevitable and necessary element in the building of a mass revolutionary party. … If these disagreements are not clarified and debated out, then … confused or reformist ideas will win out.

Revolutionaries today are seriously considering questions of organization. Armstrong’s contribution, based on the actual history of how revolutionary parties have been built in the past is a very important contribution to this debate.