Throughout the United States, dozens of actions took place in support of teachers in Oaxaca, Mexico. 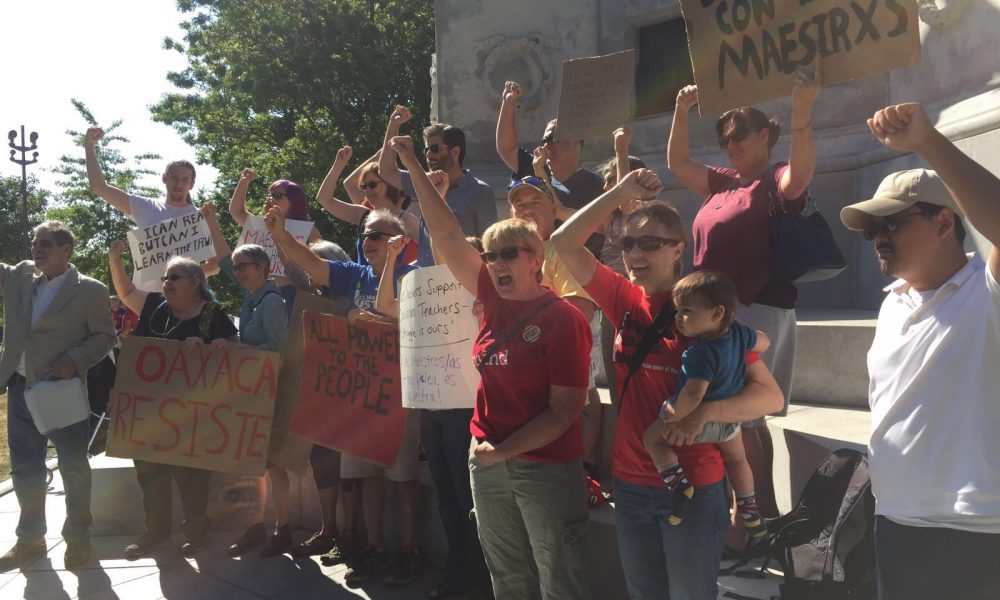 All over the United States and all over the world, there were rallies in support of Oaxacan teachers and against the violent repression that the Mexican government unleashed on them. Thus far, there are six dead and over 100 injured during the confrontations that occurred last week.

On Thursday June 23, hundreds gathered in New York City to protest–one of the first and among the largest demonstrations that took place in the US.

In Los Angeles on Friday, community members, activists, human rights organizations and Oaxacan community organizations converged in front of the Mexican Consulate for a rally and vigil in solidarity with the CNTE teachers’ strike. Speakers included members of the United Teachers of Los Angeles (UTLA) who condemned the state repression and expressed solidarity with the striking teachers. Left Voice was present, calling for an end to the repression and victory to the working class of Oaxaca. 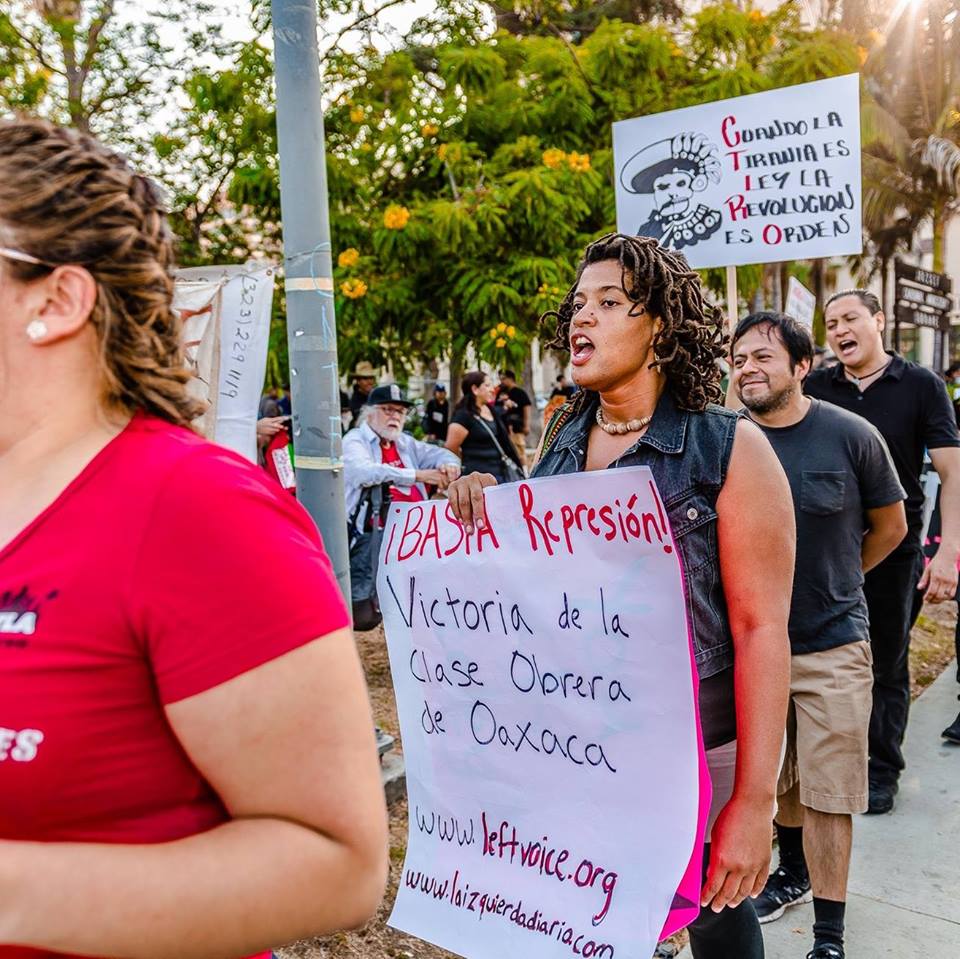 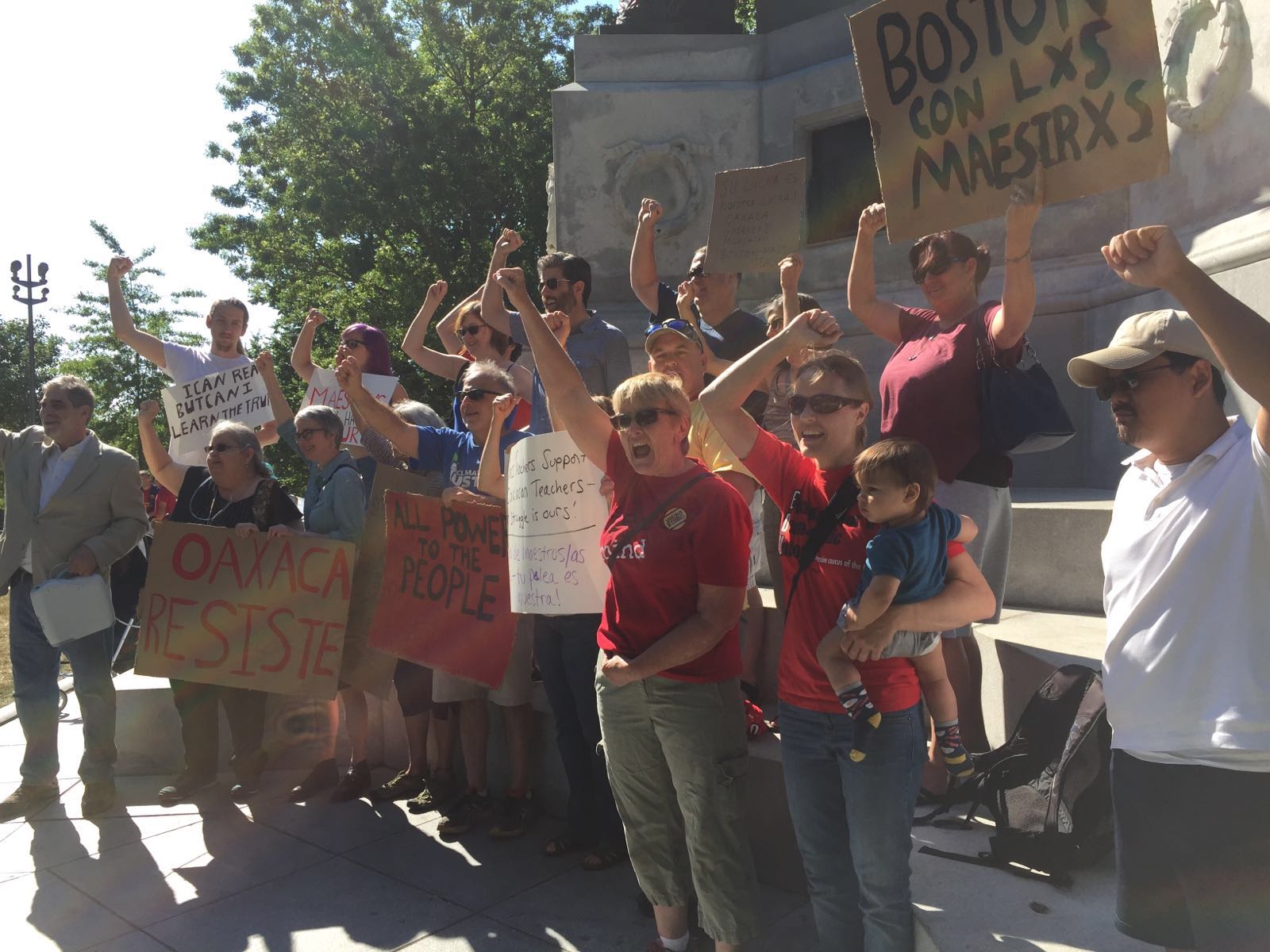 In Boston, one hundred people gathered at the Mexican Consulate–mostly youth and university students. Barbara Madeloni, president of the Massachusetts Teachers Assembly (MTA), was in attendance and spoke with Left Voice (see video below).

In Philadelphia, there will be a vigil and a “barricada cultural” (cultural barricade) tonight at the Mexican consulate, where participants will share Mexican poetry and art denouncing state repression.

Similar rallies occurred all over the world–Brazil, Argentina, Spain, and France, to name a few. The whole world is watching as Mexican President Peña Nieto and Secretary of Education Aurelio Nuño try to ram education “reforms” down the throats of Mexican teachers. This global outcry against repression is essential to strengthen the struggle of the teachers, showing them that their struggle is an inspiration and an example to workers around the world.

If you would like to share images or information from an action in solidarity with Oaxaca, send us a message on our Left Voice facebook page