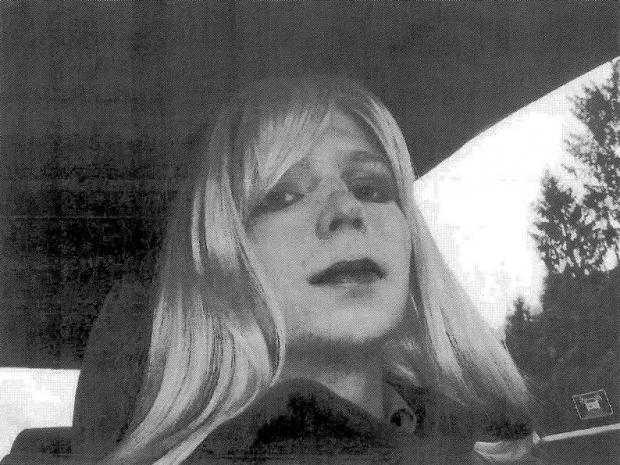 Today marks the release of heroic whistleblower Chelsea Manning from prison. Manning confessed to providing the media organization Wikileaks with hundreds of thousands of U.S. military cables from the Iraq and Afghanistan wars, as well as documents relating to the Guantánamo Bay prison camp. These documents revealed the bloody details of these wars that were ignored or suppressed in the media, and were crucial in moving public opinion against our involvement in the Middle East. Her sentencing was an affront to democratic values and her treatment was cruel and degrading, but we are glad to see her regain her freedom.

Like many other whistleblowers under the Obama administration, Manning was tried under The Espionage Act, a 1917 law nominally intended to prevent espionage, not prosecute conscientious individuals who leak information that is in the public interest (others prosecuted under this law include Eugene Debs, Emma Goldman, and Daniel Ellsberg). As is often cited, Obama prosecuted more whistleblowers (seven) under this act than all previous administrations combined.

What this demonstrates is that there is no protection for whistleblowers in the national security state. Those, like Thomas Drake, who attempt to go through “proper channels” find that their concerns are ignored, and are eventually tried as enemies of the state. It’s clear that the government wished to make an example of Manning. She was sentenced to an unprecedented 35 years in prison. Manning was kept in solitary confinement for months at a time, and endured multiple suicide attempts during her time in prison. The U.N. special rapporteur on torture stated: “the 11 months under conditions of solitary confinement (regardless of the name given to his regime by the prison authorities) constitutes at a minimum cruel, inhuman and degrading treatment.” As Obama himself expressed: “the notion that the average person who was thinking about disclosing vital classified information would think that it goes unpunished, I don’t think would get that impression from the sentence that Chelsea Manning has served.” Indeed!

Manning, who is transgender, was treated in the media as a traitor and a freak who put the lives of Americans and others in danger. First, it is significant to note that Manning was not convicted of aiding the enemy. Second, U.S. intelligence stated under oath that they could provide no specific example of anyone coming to physical harm as a result of Manning’s leaks. For some reason, many people would rather focus on the imagined or possible harms caused by Manning’s leaks, rather than the actual, concrete harms caused by U.S. military intervention that her leaks revealed. This includes records of tens of thousands of civilian deaths, torture, as well as footage of a U.S. military helicopter gunning down journalists, children, and other civilians (the video known as “Collateral Murder”).

Although it is merely one incident among many, the significance of the Collateral Murder video cannot be downplayed. First of all, it arguably provides video evidence of a war crime, since the helicopter also attacks a van of people that approaches to help those wounded in the initial shooting (attacking first responders is a war crime). In addition, visual evidence is vital in conveying to the public the horrors of war. By showing the public what really happened in the Iraq/Afghanistan wars, Manning helped people to understand the real consequences of foreign intervention, and in doing so may have saved countless more lives than she is alleged to have endangered.

Nevertheless, given his relentless efforts against whistleblowers, the question remains: why did Obama commute Manning’s sentence? It’s possible that he correctly perceived the seven years she already served as more than legally proportionate to her crime. However, doing so also promotes the interests of U.S. intelligence. It allows the state to promote the narrative that in Manning’s case, justice was served: a crime was committed, the wrongdoer was brought to justice, and she was released after a fair and just amount of time. This preserves the illusion that whistleblowers can expect a humane and just legal process, and thus should submit themselves to the mercy of the state. This narrative can then be used to demonize other whistleblowers who refuse to surrender to the United States. Foremost among those are Edward Snowden and publisher Julian Assange.

In each of these cases, the U.S. state and media has attempted to “divide and conquer” those who expose the secrets of the global elite, in order to poison public opinion. Manning’s trial shows that the justice system works, so they say, so Snowden has no reason not to come home if he thinks he did the right thing! Quite the contrary – Manning’s trial shows that Snowden might have months of solitary confinement awaiting him at home. Furthermore, whistleblowers tried under The Espionage Act may not expect a fair trial, since they are not permitted to make a public interest defense.

Similar, and more extreme, tactics are used to demonize Julian Assange and Wikileaks. First, the media promotes unsubstantiated claims about possible harms caused by the information they reveal. Second, there is an attempt to deny that the person is a whistleblower, and to claim that instead he or she is acting on behalf of a foreign agent. In the cases of both Snowden (who currently has asylum in Russia) and Assange (for somewhat convoluted reasons), that foreign agent is Russia.

In addition, while Snowden leaked his documents to journalists, who then selectively published key information, Wikileaks publishes source material more or less in its entirety. This promotes the narrative that Wikileaks is a reckless agent of chaos with no moral conscience, and thus deserving of no mercy. Assange’s arguments that only full disclosure can prevent media filtering, and his intent to preserve a public record of diplomatic history, are completely disregarded.

According to their public statements, it appears that Snowden and Manning are, at bottom, patriotic. They were both public servants who perceived the state as exceeding its rightful bounds, and blew the whistle in order to correct the system. Manning has even expressed remorse for her crimes. This contrasts with Assange, who openly views the United States as an imperial power, and whose criticisms of the global order, and of neoliberal democracies, are far broader. For these reasons, Assange is the ultimate enemy of U.S. intelligence. And for these reasons, we must express solidarity with all whistleblowers and those who promote transparency, including Assange.

Following his perceived role in enabling the election of Donald Trump, Assange has fallen out of favor with all segments of mainstream liberal politics. One might rightly question whether the publication of John Podesta’s private emails was an act of whistleblowing (rather than an attack by a malicious actor), but it is important not to lose perspective on Wikileaks’ mission. The Podesta emails represent but a small fraction of their publications. Furthermore, Assange deserves praise for his honest criticism not just of the excesses of U.S. power, but of U.S. power itself.

Thus, on an individual level, Manning’s release is, of course, of monumental importance for her, and we celebrate it. However, it does little to rectify the United States’ war on transparency. This is especially troubling in light of what these leaks have revealed or confirmed about the extent of U.S. military and intelligence power – in particular, a surveillance apparatus the likes of which the world has never seen, and which no genuine democracy can sustain. And yet Snowden remains in exile, and Assange remains confined in the Ecuadorian Embassy in London.

We thank Chelsea Manning and all whistleblowers who risk their freedom to share with the public what is done in their name.