Solidarity Means All Out for Bessemer

The unionization effort by Amazon workers in Bessemer Alabama is a historic opportunity that demands the support of the entire class. 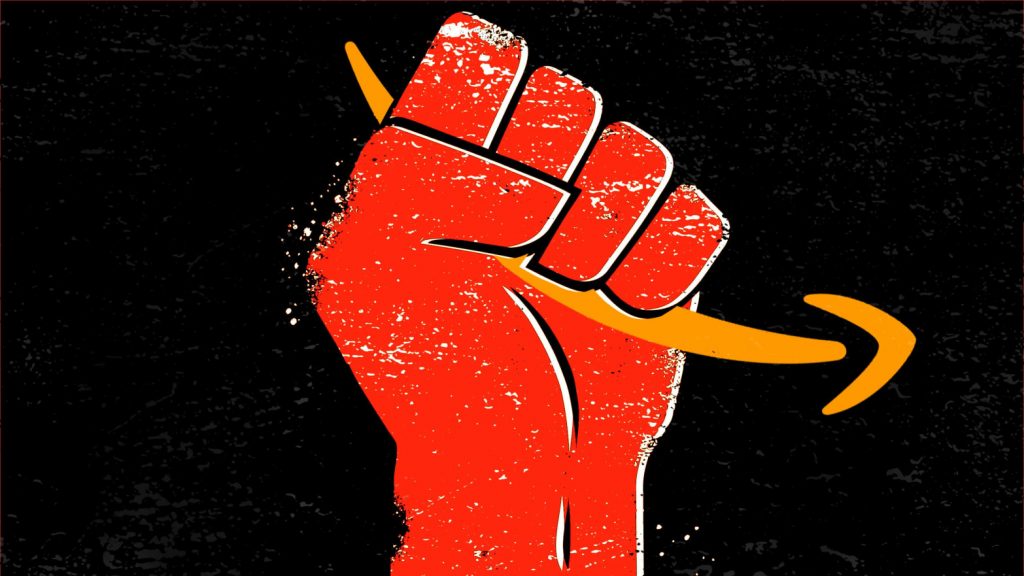 Inspired by the recent wave of frontline workers’ struggle and the uprisings against racial oppression last summer, workers at the Amazon warehouse in Bessemer, Alabama — the vast majority of whom are people of color — have taken the fight for Black lives directly to their workplace. Fed up with low pay and unsafe, dehumanizing working conditions, they are voting on whether to form the first ever union at an Amazon facility anywhere in the United States. Forming such a union would not only provide these mostly Black workers with another weapon to fight racist mistreatment and exploitation on the job; if they are successful, their efforts could inspire the more than one million other employees who work for Amazon to form unions at their own workplaces.

Unfortunately, these workers are up against one of the most powerful, profitable, and exploitative corporations in the world. Since the certification election was announced, Amazon management has launched a massive offensive to intimidate and dissuade workers from voting yes. Warehouse employees have been forced to attend anti-union meetings and have been subjected to anti-union propaganda everywhere in the facility, including the break rooms and bathroom stalls. Meanwhile, the company has attempted to buy out workers by offering them $2,000 to quit in an effort to undermine the unionization effort by hiring more vulnerable and desperate workers to replace them.

Of course, this fight is much bigger than just Amazon. It is also a historic opportunity to build power for the working class. Therefore, supporting this unionization effort and the Amazon workers of Bessemer should be a top priority for the Left and for organized labor across the country. Organizing even one shop at Amazon could lead to a historic upsurge of unionization efforts across the entire retail, warehouse, and logistics sector, an event that would go a long way toward reversing the downward trend of unionization in the United States since the 1970s. Such a movement would also increase the overall power of the entire working class to strike back against corporations like Amazon that have profited off of the pandemic to the tune of billions of dollars. More specifically, it could vastly increase the power of working people of color to directly confront the entire racist system. As history has shown Black and Brown unions such as the Brotherhood of Sleeping Car Porters, have helped lead some of the most important and militant ant-racist labor fights of the twentieth century.

So far there has been broad public support for the workers in Bessemer and this is a good thing. This support has been expressed in numerous ways – including small marches and rallies across the country called by various activist organizations, statements from unions, and social media posts from labor and social justice leaders, and A-list celebrities like Danny Glover. Even President Biden indirectly expressed support for the workers in Bessemer in a video statement in which he cynically attempted to paint himself as a friend of working people. All of these actions have had the effect of calling wider attention to the struggle of the workers at Bessemer, but we need to build more actions that bring unions, political organizations, and working people together in solidarity.

The fight against Amazon is a fight for all working people, and in order to win they will need the active support of workers everywhere, because this struggle will not be over once the votes are counted. We are inspired by the bravery of these workers fighting against the richest man in the world, and we call on the radical grassroots of the Black Lives Matter movement, the Left, and working people everywhere to do everything we can to help them. This should include organizing marches, rallies, and other public events that express active support to the Amazon workers, and calling on all  labor and social justice organizations to put effort and resources towards building these events.  We believe the Left and the vanguard of the workers and Black Lives Matter movement should use every opportunity it can — including going to Bessemer — to build the long-term connections that will be needed to support and expand this important struggle.