Something is rotten in Denmark 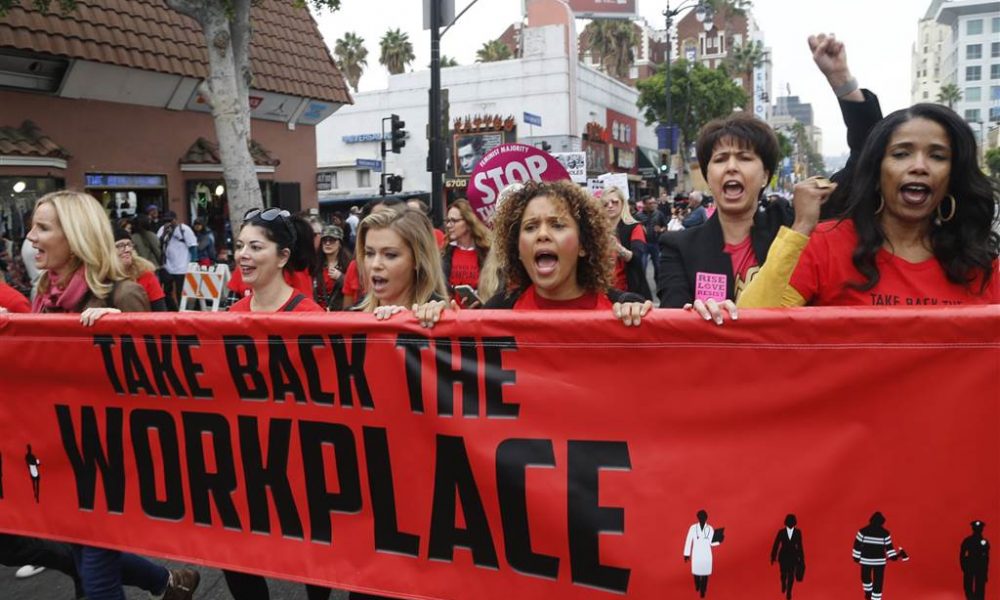 “Capitalism has involved the worst forms of ecological destruction in terms of the looting of resources, and destruction of sustainable relations with the earth, and the unloading of wastes falls much more on the periphery than on the central countries” (John Bellamy Foster, “Ecological imperialism”). 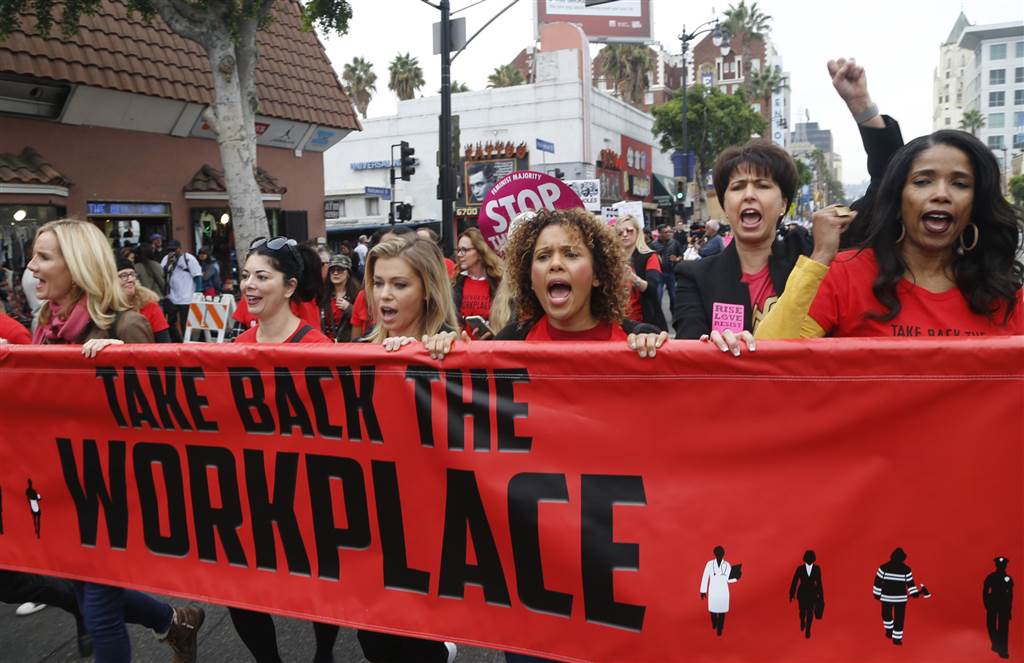 This December 7, the UN Conference in Copenhagen began, which will last until December 18. More than 190 states are participating, and the chiefs of the imperialist powers insure their presence. The US, France, England, Germany, plus China and Brazil, among others, will be present and discuss what to do with the increasing environmental deterioration.

The matrix of the problem

Unlike 1997, when the Kyoto Treaty1 was signed, today no one denies global warming and “human action” is assumed. There remains no place for maneuvers and rhetoric. However, “human action” tries to conceal the forms of capitalist production, and there can be no substantial steps under the logic of capital. The commanding factor is maximizing profits, competition and private ownership, and its forms of production are incompatible with a rational use of resources. For them, climate change is a problem, not so much because it affects the conditions of life and health, but because it is partially detrimental to their profits, by increasing the cost of raw materials and energy generation.

For that reason, their hope of regulating carbon emissions is like trying to straighten out international trade (as was shown in the Doha Round crisis). And this is a problem, a serious problem. A sign of that is the recent text that came to light, in which the US and Great Britain are imposing mechanisms that deny any “binding legal framework” and limited financing to countries of intermediate industrialization that are dependent, opening the crisis that we have been seeing.

And the problem is that raw materials extraction and energy production are organized according to the demands of the imperialist countries, where 20% of the world’s population lives and where 80% of world resources are consumed. That is why they are trying to instill the idea that climate change is “everyone’s problem” and that “we must all solve it” (“protect your garden, and you will protect the forest,” they shout). There is nothing more ridiculous and wicked. In this framework, NGO’s and figures like Naomi Klein are begging for some agreement, and, what is worse, they greet the arrival of Barack Obama, and they are demanding that the African countries accept extreme poverty and the maneuvers of imperialism as the “lesser evil.” China, Brazil and India are not accepting the proposal from the Anglo-Saxon bloc and are demanding financing from the developed countries. The Europeans are speculating and trying so that the conference does not explode on them at the beginning.

CO2 is the main greenhouse gas, and it is growing from combustion for energy generation, automotive transportation and aviation. In addition, deforestation is spreading, brutally destroying ecosystems and limiting the natural capacity of forests and jungles that function to absorb greenhouse gases. These changes in land usage contribute to a third of greenhouse gas emissions.

Petroleum derivatives, coal and gas are the biggest examples and the current basis of the energy matrix. The US and China contribute more than 35% of these CO2 emissions internationally, by basically using coal and petroleum. The European Union, Russia and India complete the leading group, by adding another 25%. Argentina emits 0.9%, Mexico, 1.5%, and Brazil, 2.5% of the world total2.

At the same time, under the “carbon footprint” concept, emission levels are calculated in relation to per capita energy consumption, which emphasizes the sharp contrasts between a US resident, who averages 20 tons [of emissions], or those of an Englishman, who exceeds 12 tons, with that of an Argentinean, which would fluctuate around 8 tons, putting us in the 53rd place in the world ranking of annual per capita CO2 emissions.

Given such inequality, the very idea of “sustainable development” internationally, collapses at a mere mention. As James O’Connor eloquently writes: “In no capitalist country does there exist a state agency or corporate planning mechanism in charge of integrated ecological, urban, and social planning. The idea of an ecological capitalism, or of a sustainable capitalism, has not even been theorized coherently, much less given form within an institutional infrastructure”3.

Some estimates conclude, in addition, that some 67 billion euros would be needed for ten years to mitigate global warming. Undoubtedly a very high figure, but very small if we compare it with the bailout of the banks during the financial crisis, military expenditures that reach 980 billion [euros] per year, or money spent on publicity, that exceeds 350 billion4.

The main polluter, the US, while it is conspiring with its everlasting English ally, is designing plans that prepare restrictions on imports, based on “negotiable annual emission permits.” China, Brazil and India are repeating the need for financing by the central countries, in order to restructure their emissions cycle. For its part, the European Union and Japan are proposing 20% and 25%, respectively. But there will be little or nothing. The promises are unilateral, by blocs, and, far from establishing coordination against global warming, they are starting disputes among the different states.

In this framework, the “solutions” that are going around in Copenhagen to mitigate greenhouse gas emissions, proceed on three axes: reconversion to “renewable energies,” application of green technology, and the creation of a “carbon market.” This last (that financial capital, above all, is pushing) is based on emission limits per country, taxes and negotiable papers, that move the crisis from the imperialist states towards the periphery. The monopolies will be able to buy permits abroad and continue emissions at the very levels they want. At the same time, it would establish restrictions on commercial trade.

As for “renewable energies,” wind, solar, geothermal and biomass, would be the most coherent means. However, the most promoted among them, biofuels, raises serious questions, since capital continues to reconvert lands, extending the borders of agriculture, and deforesting woods and jungles, as in central and northern Argentina and the Amazon region, under forms of production based on oceans of agricultural toxins, monoculture and transgenic crops.

Another consequence is the tendency this agriculture takes towards production of fuels, which causes a serious decrease in the total amount of available foods and the corresponding rise in prices, which shows the cynicism of the bourgeoisie’s “green revolution.”

Finally, there is the application of “green technology,” perhaps the most curious and laughable. Measures range from the creation of artificial trees up to “projects that presuppose using high-flying airplanes, naval weapons and gigantic spheres to launch reflective materials (sulfate aerosols or aluminum oxide powder) in the stratosphere to refract the sun’s rays. There are even proposals to create ‘designed particles’ that are going to be ‘self-levitating’ and ‘self-positioned,’ that will be deployed through the atmosphere over the poles, to provide ‘parasols’ to the polar region”5. In short, the imperialist governments that are meeting in Copenhagen, together with their junior partners from countries “in development” are unable to intensify measures to solve climate change, because, concisely stated, as Kovel maintains (recalling Karl Marx’s teachings)6, “capitalism is the uncontrollable motor of the ecological crisis”7.