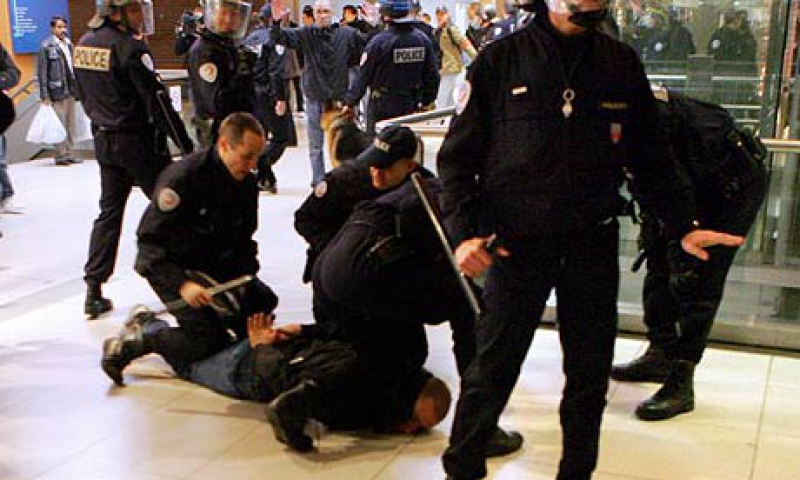 “I’m going to rape you, then we’ll see if you keep filming the police.”

News of a brutal police attack in Paris against Sorbonne University professor Guillaume Vadot went viral last Friday after his colleague Guillaume Mazeau posted a statement on Facebook. Vadot, a 28-year-old professor and researcher at Sorbonne University, has since broken anonymity to draw attention to increasing violence perpetrated by police in recent months.

“I believe what happened is common. What’s not common is that it happened to me.”

Facebook subsequently censored the post, but the entire description of events can be found on Mediapart’s website. According to Mazeau, on Thursday at about 8 pm, Vadot was exiting the RER D-train on his way home after a meeting when he saw a woman of color in handcuffs, crying out in pain as she was pressed against a wall by police officers who had detained her because she did not have a ticket. Vadot began to film the intervention with his phone—this had become an automatic response after having participated in several protests against the labor reform as a member of the Courant Communiste Révolutionnaire (Revolutionary Communist Current) of the NPA (New Anticapitalist Party).

After less than a minute of filming the scene, Vadot was approached by two police officers who took him aside, snatched the phone from him and pinned him against the wall. The police threatened him repeatedly: “I’ll kill you right there, on the spot, in ten minutes…We’re going to rape you. Do you like that? I’m going to rape you and then we’ll see if you continue to film the police.”

One of the officers groped Vadot. Anti-gay slurs and ISIS references were thrown at him: “Do you support ISIS? Is that it? What are you going to do when they come here? Suck them off?” Afterwards, having seen his university identification card, they sneered, “You’re a professor? When the Islamic State comes to the Sorbonne, are you going to watch them while you jerk off?”

Later, Vadot realized that the police mentioned ISIS to justify their abuse of the woman who had forgotten her train pass. A taser gun was eventually was fired at the professor, with continued threats: “We’re going to go to the Sorbonne and we’re going to exterminate you and your colleagues, you dirty leftist.” They carefully deleted the videos on the phone before leaving, but Vadot managed to recover the footage. The video however does not contain the threats or acts of violence to him, as the camera had already been turned off by police.

“We can’t keep letting this happen”

On Friday, the testimony of this incident had been shared so many times in social media that the Minister of Interior contacted Guillaume Mazeau to persuade his colleague to file a report with the General Inspector of the national police force, “the police of police.” Vadot eventually decided to bring the case before the Human Rights Defender and to file a report for abuse of power, willful acts of violence, sexual assault, rape threats and injuries.

This was announced in a press conference offered by Vadot last Monday, which was followed live on Twitter and attended by reporters from France Info, France Inter, Europe 1, Buzzfeed, Libération, Le Monde, Médiapart, Konbini, Tétu, Collectif Quoi ma Geule, and Révolution Permanente, a publication of which Vadot is an editorial committee member. 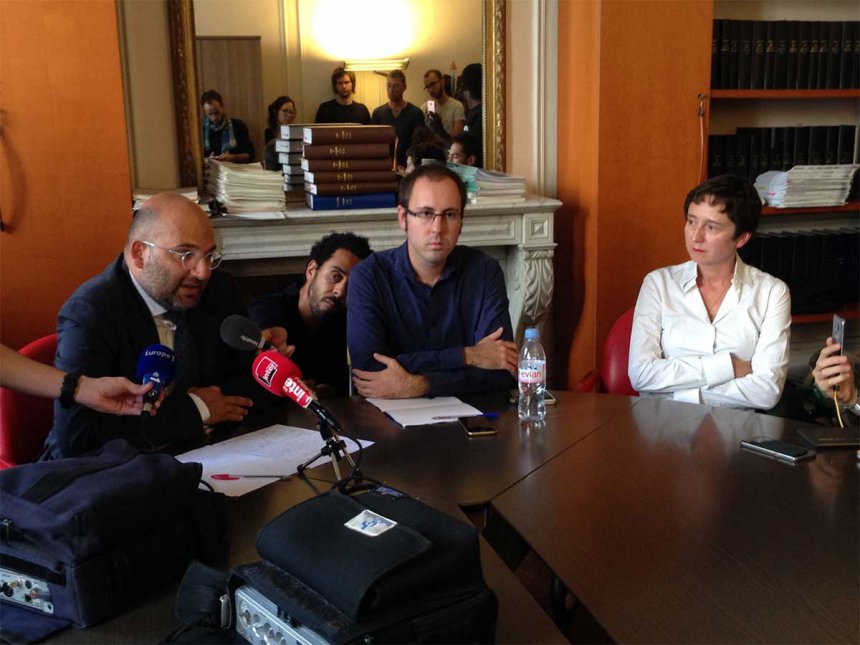 According to Slim Ben Achour, Vadot’s attorney, these proceedings have become necessary as a result of recent events, such the death of Adama Traoré, a young black man who died in police custody near Paris in July 2016 and the union member who lost an eye during a protest against the labor reform on September 15, 2015: “These violent practices take place in total obscurity and with total impunity.”

As Vadot has mentioned several times, he not only wishes to draw attention to his own case, but primarily “to all those who are subjected to this kind of brutality within this context.” He stated that the attack perpetrated against him is “the result of the laws and regulations put in place in the past few months,” which have given the police a sense of impunity. He goes on to say, “We cannot consider this to be normal,” and above all, “we are not going to get used to it.”