South Korea’s New President-Elect Wants to Beef Up Privatization and U.S. Militarization in the Pacific

A winner has emerged in what has been dubbed South Korea’s “unlikable election.” Winner and opposition candidate Yoon Suk-yeol has made inflammatory remarks about Chinese residents and women and loves U.S. imperialism. 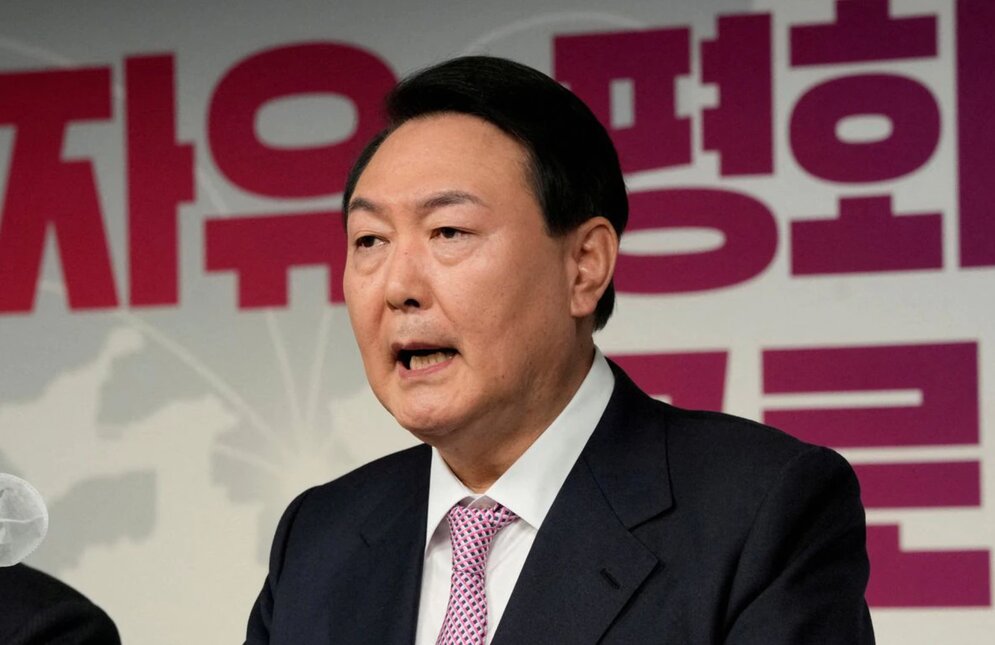 Right-winger Yoon Suk-yeol has emerged as the winner of South Korea’s presidential election after a neck-and-neck race. Korean media dubbed this race the “unlikeable election” due to both candidates’ unpopularity, since both were embroiled in corruption scandals and supportive of a larger U.S. military presence in the Pacific.

This election came amid an economic crisis for South Korea, which has been hit especially hard by supply chain disruptions due to its economy’s reliance on exports. South Korea is also in a precarious geopolitical situation. As competition between the United States and China has been increasing, South Korean capitalists have been forced to pursue an unsustainable balancing act between relations with the United States, which is South Korea’s largest military partner, and China, which is South Korea’s largest trading partner. This is the context of the recent political shake-up in which a conservative populist eked out a victory over the traditional neoliberal candidate.

Yoon, of the conservative and misleadingly named People’s Power Party, has been referred to as “Korea’s Trump,” a nickname that comes from his inflammatory comments about immigrants and his opposition to gender equality. On International Women’s Day, Yoon disavowed “feminism” to signal to his base of anti-women voters that they would not have to question his commitment to rolling back women’s rights. He has promised to abolish the Ministry of Gender Equality and Family, which provides support to sexual assault survivors and single mothers. Along with fueling reactionary anti-women sentiments in South Korea, which have been on the rise, Yoon has also fueled rising anti-China sentiments, discussing Chinese residents as a burden on South Korea’s healthcare system.

This rhetoric is particularly dangerous in the context of U.S. imperialism’s growing focus on containing China. As part of his closer alignment with U.S. interests, Yoon has signaled that he will take a more aggressive stance on North Korea, which is more or less an ally of China and has long been a target of U.S. imperialism. Yoon has said that South Korea’s current government is too ambiguous on where it stands and has made clear that as president, he intends to bring South Korea closer into U.S. imperialism’s orbit by working more closely with the Quad and AUKUS alliances, which exist as part of U.S. imperialism’s focus on encircling China. As the governments of Japan, Australia, and now possibly South Korea work to expand U.S. military control of the Pacific, the threat of a military conflict between the United States and China increases.

Along with putting South Korea’s working class in danger by helping to expand U.S. imperialism’s presence in the Pacific, Yoon also threatens workers with policies that will give more control of the economy to the private sector. He wants to deregulate South Korea’s virtual asset industry and to allow the private sector, not the government, to lead “job creation.” Amidst a housing crisis in South Korea, Yoon also plans to deregulate the housing market and let it be guided by “market principles.”

Yoon is a danger for South Korea’s working class, particularly immigrant workers and women. As he positions himself to get closer with the U.S. military, one of the most anti-worker institutions in the world, it is essential that the U.S. working class grow its international solidarity with workers in East Asia whose lives are threatened by their national bourgeoisie and a growing competition between the United States and China over control of the Pacific.