A social explosion has erupted in Chicago after police shot and injured 20 year old Latrell Allen in the city’s South Side. Over a hundred protesters have been arrested, while the cops sustained injuries of their own. In racist U.S.A., systemic, racist injustice continues to spawn upheaval. 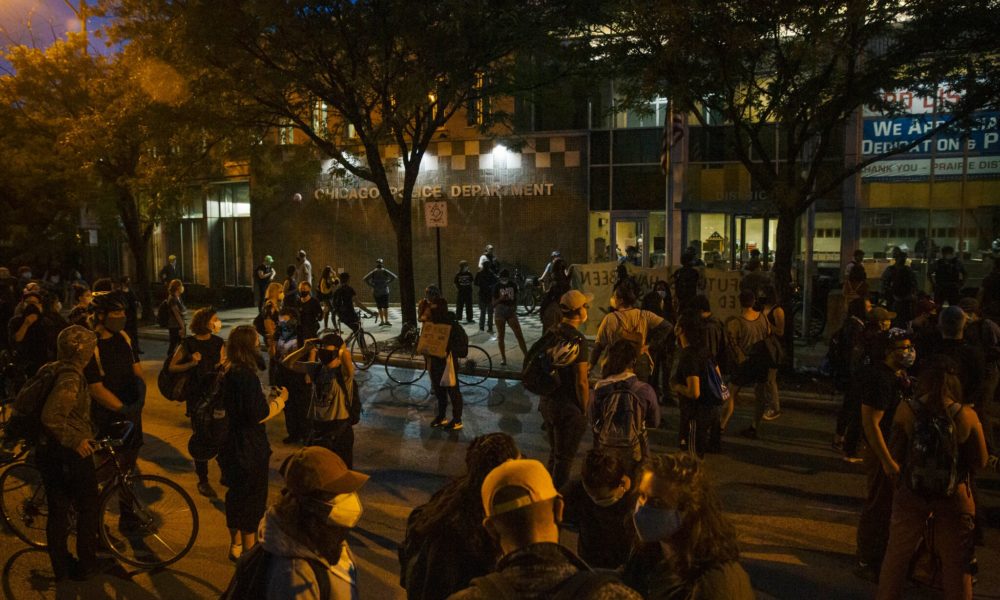 South Side, Chicago is one of the areas of the U.S. that suffered the most from globalization in the neoliberal era. It was an area whose population heavily relied on industrial jobs for employment. However, when capitalists closed down factories to avoid paying hard fought wages and to viciously exploit and meagerly compensate workers of imperialized nations, South Side Chicago was destroyed economically. It became a place where the poorest and most economically precarious, who are overwhelmingly Black and Brown, of the city were forced to dwell and barely survive. The Black and Brown working class and poor people who live in hoods like Chicago’s South Side are the people who have been dying at the highest rates from Covid and who will suffer the most from the developing economic crisis.

This anger of the oppressed has, once again, started to spill into the public domain. The people of Chicago are fed up with the systemic problems that plague their lives. After cops shot Latrell Allen multiple times, leaving him in critical condition, demonstrators gathered ready to confront police. Protesters later moved to the downtown area of Chicago and began attacking the only thing that police value, property. There are videos on Twitter showing demonstrators using cars to break store windows. They have also reclaimed products from stores like Walgreens that commodify essentials like medicine and food. All told, over 100 people have been arrested, while thirteen cops reported injuries.

The city is now resolving to intensify repression against demonstrators. Just recently, a curfew has been initiated between the hours of 8pm to 6am. This is a regular tactic used to give police the greenlight to arrest and brutalize demonstrators — a technique that highlights capitalism’s blind eye to the needs and demands of people. Additionally, bridges were raised to control traffic, highway exits to downtown were blocked, and most trains within the city were disrupted at the request of “public safety” officials

Black, working class and poor neighborhoods are the neighborhoods that are policed the most viciously, and the most intensely. The reason for this is because police are the obedient servants of the state. They serve to protect private property and maintain the status quo of oppression that is inherent in racist capitalist society. Without the police present to maintain social inequality, the disenfranchised would rise up and lay claim to the commonwealth of society. Without police, poor people would rebel on a much larger scale.

The police regularly harass, brutalize and murder those who live in oppressed communities as a means of intimidation. Perhaps one of the most high profile cases that took place in South Side, Chicago, was in 2014. On October 20th, 2014, dashcam footage, which was later released, showed police shooting Laquan Mcdonald in the Archer heights neighborhood of South Side, Chicago. While Mcdonald was walking away from police, he was shot in the back 16 times.

This abuse is something all too familiar to this sector of the working class. Latrell Allen is just the latest horrifying example. Whether they are in South Side, Chicago or Minneapolis, it is abundantly clear to the most oppressed sectors of the working class that the police are the enemy and must be confronted.

This uprising comes after 2 months of non-stop protests following the murder of George Floyd, in which thousands of cities rose up in righteous indignation to not only denounce police terror, but to say Black Lives Matter. It also comes after intense repression in response to these protests, where state violence has been displayed for all to see.

Yes, Trump and his dirt-bag Republican cronies did send federal troops into cities to detain protesters, the Republicans did call for more intense repression and even vigilante violence with Trump’s “maga night.” But what did the Democrats, whom many people on the left are telling us to support for the facade of “harm reduction,” do to mitigate this? The answer is more than an easy “nothing.” The Democrats, in fact, completely supported and enabled the varying degrees of violent repression against those begging for Black lives to matter in this world. Lori Lightfoot, the Democratic Mayor of Chicago, permitted Trump to send 200 federal troops to quell protests. Furthermore, if it wasn’t federal police that she was permitting to repress protesters, it was local police she was commanding to brutalize protesters. It is her who is giving all power to cops to arbitrarily arrest and brutalize protesters and even bystanders, by initiating the curfew, closing bridges, and shutting down the metro system. This ‘harm reduction’ Democrat is giving all power to the state to suppress our counter-attack and maintain the status quo of systemic oppression of Black people. Lori Lightfoot and the Democrats are enemies to Black lives, even if those oppressors share our black skin.

Those fighting back in Chicago are fighting back against the state and the economic system that has only shown them violence and suffering. They are taking resources that have been systemically stolen from them, and they are showing cops what happens when you murder or try to murder any of our working class youth. To truly beat back the cops and challenge the rule of billionaires, racists, and the like, the multi-racial working class must take to the streets en mass. Teachers, transit workers, nurses, and millions of other workers should demand the end to the curfew, freedom for all arrested protesters, and the withdrawal of all militarized police from the South Side.

All strength to those fighting back against the system that kills us!