The police and the civil guard have repressed thousands of migrants trying to jump the Spanish-Moroccan border in Melilla during the last three days. To build an international and working-class alternative to reactionary and imperialist European governments, we must show solidarity with all migrants, regardless of nationality. 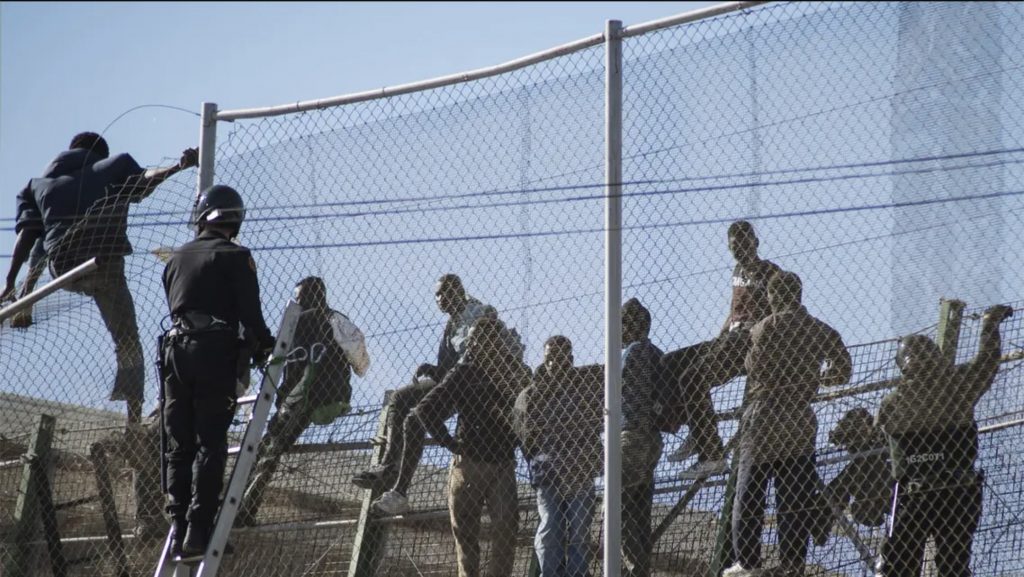 Since Wednesday, more than 3,000 people have tried to jump the Melilla border fence in one of the biggest attempts in recent history trying to cross the Spanish-Moroccan border.

This time, the reactions of the police and the Spanish civil guard have been unusually aggressive. The internet and social media is full of images and videos of violence against hundreds of young people fleeing from hunger, wars, and poverty.

Various human rights organizations have counted ten people who had to be hospitalized due to police violence. However, according to many neighbors in the area, this number could be much higher, since many immigrants do not seek hospital assistance for fear of retaliation.

Repression has escalated to the use of guns. It is still unclear whether they are blanks or loaded with live ammunition, which would be a very serious escalation in violence against migrants.

The immigration detention centers (CETIs, or Centro de Estancia Temporal de Inmigrantes) are apparently overflowing again, and those who manage to cross the border are held in overcrowded, prison-like conditions.

The media have also reported that the Spanish police are violating their own laws by expelling many of these young people through what are known as so-called “devoluciones en caliente” (hot returns). These consist of returning them to Moroccan territory without any legal control or any guarantees for their safety.

Migration policy and institutional racism have shown their true face during these three days. The police violence unleashed on the Spanish side is compounded by the even more blatant violence on the Moroccan side. The European Union, in fact, pays the Moroccan police through various funds to do the dirty work that they often do not want their state security forces and bodies to perform.

The situation in Melilla comes amidst the impending migration crisis caused by the war in Ukraine. The Spanish State’s PSOE (Socialist Workers’ Party) and Unidas Podemos coalition government is trying to send a very clear — and violent — message to the thousands who are in Moroccan territory trying to cross the border. Despite the rhetoric of showing solidarity with the displaced Ukrainians, the Spanish State and European Union do not have a policy of open borders, much less with the African population.

EU countries’ militaristic and imperialist drift threatens to legitimize and redouble police violence against the immigrant population. Undoubtedly, the EU’s authoritarianism  ends up greenlighting the most reactionary proposals of the extreme right, even hand-in-hand with supposedly progressive governments such as that of the Spanish State.

The violence of these days at the Melilla border cannot be overlooked. Solidarity with all those who suffer the consequences of capitalist barbarism, wherever they are from, must be a basic principle to build an internationalist and working-class alternative to the reactionary policies of the European governments.