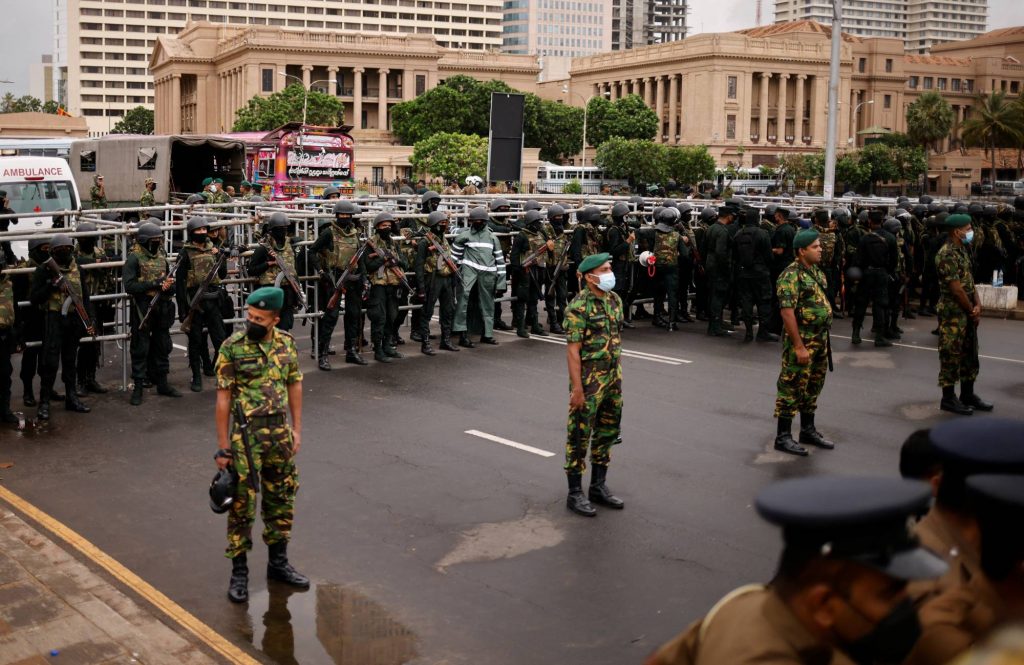 Sri Lankans continue to fight in the streets against austerity, even as the state cracks down on protests, using cops and the military. Following the people’s overthrow of the country’s leaders parliament has appointed Dinesh Gunawardena as prime minister and Ranil Wickremesinghe as president. The movement opposes both men.

Wickremesinghe, the new president, has already overseen the Sri Lankan state as prime minister six different times — and the movement understands him as one of officials largely to blame for the economic crisis Sri Lankans face. These new leaders represent the corrupt political caste that protesters have been mobilizing against. Protesters know they won’t be solving the crises afflicting the working class and poor.

Al-Jazeera reports that protesters rallied in the capital city of Colombo after parliament voted to confirm Wickremesinghe. Students are at the forefront of the protests, and they intend to keep opposition in the streets. As one student leader said, the president “is not new to us” and “the people’s mandate is in the streets.”

On the morning of July 22, the state unleashed military raids on protest camps. Soldiers destroyed tents and arrested several protest leaders. At this writing, the movement’s response to the severe repression is unclear, but the rejection of the new administrators of the state and the massive support for street protests means that the uprising is likely far from defeated.

The eruption of class struggle in Sri Lanka is the result of a historic economic crisis years in the making. The economic policies of the ruling class bankrupted the import-dependent country, and the government hasno foreign reserves with which to make essential purchases.So, Sri Lankans have spent months enduring power cuts while schools and hospitals close down or greatly limit their capacity. In the midst of all this, Sri Lanka’s ruling class pursues an IMF bailout that will impose even greater austerity.

The movement in Sri Lanka is part ofa larger, international phenomenon of strikes and uprisings against austerity — with workers and oppressed people fighting back as well in Argentina, Ecuador, and Ghana, to name just a few. This is unfolding as the pandemic, supply chain disruptions, and the war in Ukraine fuel an economic crisis for which the capitalists are making workers pay. In Global South countries, Western imperialism — often through the IMF — subjects workers and oppressed communities to especially terrible conditions, depriving them of food, fuel, and other basic needs.

But it is not just in the Global South that people are resisting. Strikes are surging in Europe in opposition to austerity and rearmament. Meanwhile, a unionization wave continues throughout the United States. Class struggle is growing globally.

The uprising in Sri Lanka is one of the most advanced rebellions against austerity taking place right now. It should come as no surprise that the state is using violence as it tries to put an end to the mobilizations in the streets — repression that will likely become even more severe. The masses in Colombo and other cities throughout the country are providing a powerful example of the role workers and oppressed communities must play to fight the economic crisis capitalism has imposed on us, no matter where we are in the world. Like the people of Sri Lanka, with whom we must continue to show solidarity, all of us should be in the streets and fighting in our workplaces.