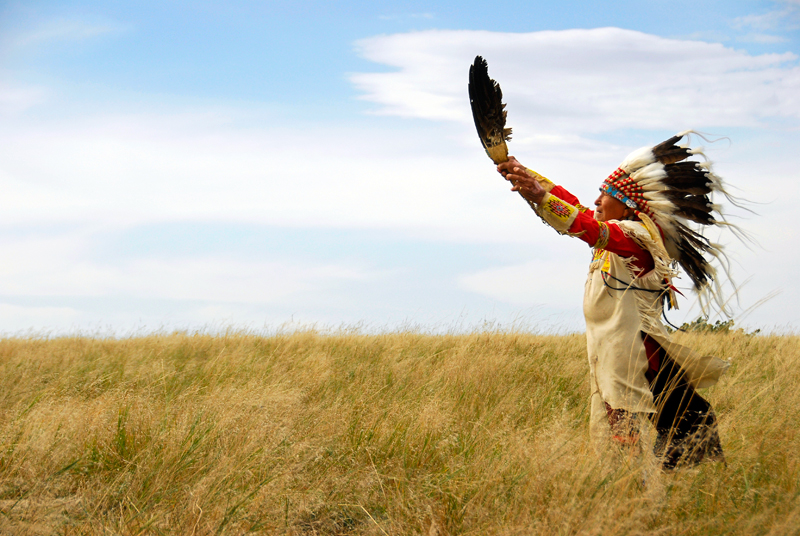 Native Americans and their allies won an important battle in their fight to prevent the Dakota Access Pipeline to go through historic tribal lands of the Sioux, and under part of the Missouri River where the Sanding Rock Sioux reservation gets its drinking water.

The battle was joined by the U.S. Army Corps of Engineers (ACE), when it issued an ultimatum that the protest at the site where the pipeline is scheduled to go under the river must be disbanded by December 4 or the participants would face arrest and prosecution.

In short, the ACE would instruct the state and local police units to attack the water protectors on Dec. 5 unless they left the site by then. That would mean a repeat of the brutal police attacks against the non-violent protest that have already occurred, with clubs, attack dogs, tear gas, rubber bullets, water spraying of protesters with fire hoses in temperatures lower than 10 degrees (-12 C.), stun grenades, and mass arrests.

One of these grenades shredded the flesh of the arm of a young woman, a gruesome sight. She is undergoing multiple surgeries.

The ACE says it could do this because its operates this federal land, which is a bit outside the reservation. But the Sioux say this land was ceded to them by the U.S. in an 1851 treaty. So the ACE is holding this land illegally because the U.S. arbitrarily broke the treaty, as its has with hundreds of others in its prolonged genocidal war against the first inhabitants of North America. This land also contains sacred burial grounds of the Sioux, some of which have already been bulldozed, a racist insult and desecration to Native Americans.

The Standing Rock struggle had already won wide support, but this ultimatum spurred a qualitative new surge of solidarity, with many new supporters coming to North Dakota to put their bodies on the line. By Dec. 3, there were some 10,000 who joined the struggle at Standing Rock, although they faced injury and arrest.

In addition, where were protests in many cities against the big multinational banks financing the pipeline.

A key aspect of this new surge was veterans of the U.S. armed forces, many Native American but others too, mobilizing to come. They were prepared to form a line of defense between the cops and the protest site. The cops would have to go through them first. By Dec. 3, there were 2,000 veterans ready for the battle.

Dec. 5 was a Monday. An article in the New York Times reported, “‘Fall in!” came a cry one night this weekend. Hundreds of men want women [veterans] packed into the building to get their orders from Brenda White Bull and Loreal Black Shawl, who are leading the veterans’ groups at the protest camps.”

The article described some of them. “Some were old men, veterans of Korea and postwar Europe, who said they had grown up in Indian boarding schools where they were beaten for speaking their language. Some drove in from reservations across the Plaines.

“Some of the arriving veterans have spent years in the antiwar movement after returning from Vietnam or Iraq. They said they saw the pipeline protests as a new chapter in their activism….

“’A lot of people here are willing to sacrifice their body, willing to give their life,’ said Vincent Emanuele, 32, a former Marine who served in Iraq and has spoken out extensively against what he called a futile war. ‘You might as well die for something that means something.’

“Others said they did not care much about politics and had never joined a protest. But they said they had been moved by the tribe’s fight…. Or they said they were angry at seeing images of violent clashes between lines of law enforcement and Native Americans.

“’I just couldn’t believe what was happening in the United States,’ [a veteran] said. ‘Even in Iraq, there was some rule of engagement. If these guys don’t have weapons, it just doesn’t make sense to me that it’s a shooting gallery.’”

The threat of the spectacle of militarized police charging unarmed veterans gave the powers that be cause for concern, and there were a series of retreats, with the ACE backing down from the threats of force.

Then on Dec. 4, the ACE (obviously under White House orders) denied Energy Transfer Partners, the company doing the construction, the permit to start building the pipeline underneath the river, officially halting construction.

On hearing the news, the encampment broke out into cheers and celebrations, echoed by supporters throughout the country.

But the mood was more sober the next day. Energy Transfer Partners reacted to the AEC decision by saying it meant nothing. They implied they might go ahead with the under river construction anyway, but that is uncertain, as it would lead to a direct clash with the federal government.

More certain is ETP’s boast that they have the full backing of Donald Trump, who has loudly (his normal speech) proclaimed that he will OK the Dakota Access Pipeline, reverse the Obama administration decision to block the XL pipeline, and scrap all regulations on Big Oil, Coal and the rest of the energy industry.

Trump, as Commander in Chief of the armed forces, could order the ACE, part of the Army, to do so.

So the water protectors know they may have to re-mobilize.

It was the power of mass mobilization that won this battle. Over the last many months of struggle solidarity was built up. First of all, it was the Standing Rock Sioux who united to act. Then other tribes joined in, including from Canada. Eventually over 200 tribes supported the struggle at Standing Rock, overcoming differences in a show of solidarity. This was the largest gathering of Native Americans in struggle since the American Indian Movement of the last radicalization in the U.S. in the 1960s-70s.

That they stood up and fought back encouraged others to come in support. Environmental groups recognized this fight against Big Oil was their fight too. Black Lives Matter activists saw a kindred struggle, as did many other groups and individuals.

Nothing inspires all oppressed and exploited than to see a mass battle being waged against the ruling class. That this one was successful – even if conditional and the war is not over – furthers a sense that mass action is effective. In the protest camp, a renewed sense of their power was expressed. If there is need for further mobilization, this confidence will give them strength.

This spirit will spill over into other struggles, too.