States across the country are using the coronavirus epidemic as an excuse to ban abortions. Forcing individuals to carry out unwanted pregnancies in the middle of this crisis is an act of unmitigated violence against working-class people that many will never recover from. 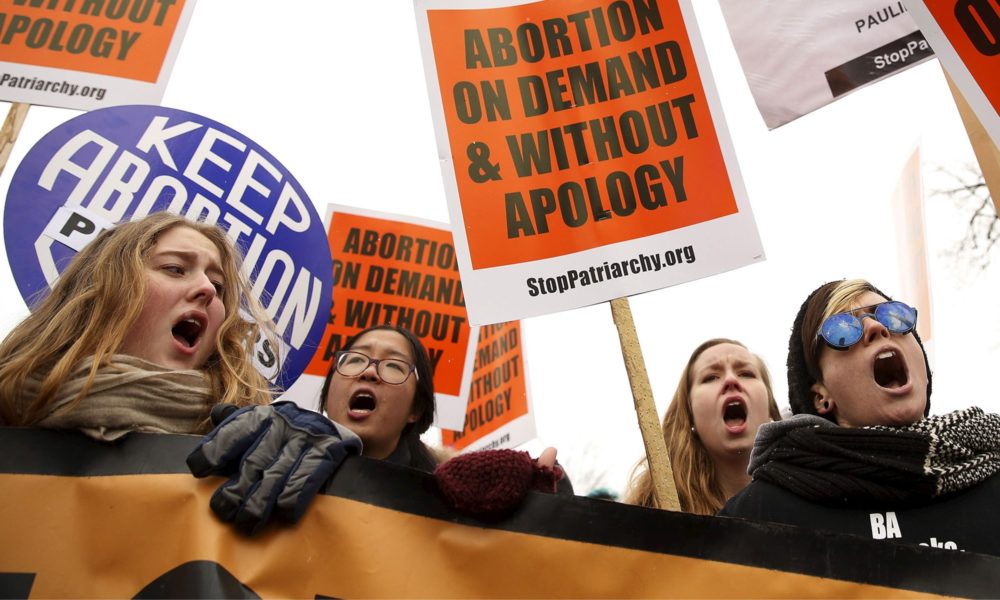 In just a matter of weeks, the COVID-19 pandemic has exposed critical failures at every level of our government. The virus has laid bare the absurd inadequacy of our healthcare system, the sick greed of public officials, and the staggering fragility of the capitalist economy.

And now the pandemic threatens to destroy the already vulnerable network of reproductive healthcare in the U.S

In the past two weeks, lawmakers in Texas, Ohio, Iowa, Mississippi, Alabama and Illinois have proposed bans on all legal abortion services, leaving hundreds of thousands of people without access to essential, life-saving care.

The bans, which masquerade as public health initiatives in response to the COVID-19 pandemic, are part of an ongoing and coordinated political attack on reproductive rights and bodily autonomy.

From 2013 to 2019, we have seen some of the broadest restrictions on abortion since the Roe v Wade ruling of 1973.  With at least six states banning abortion services after 6 weeks of pregnancy — well before most people even know they are pregnant. And in August of last year, the Department of Health and Human Services instituted a nation-wide gag order, barring Title X health providers, which receive federal grants for family planning and reproductive health, from referring their patients to abortion services. The clause resulted in a mass exodus of Title X recipients, reducing the network’s capacity to provide care by over 42%.

On March 22nd of this year, Texas Governor Greg Abbot issued an executive order requiring all licensed healthcare officials to cancel what he called “non-necessary” surgeries and procedures. Although the executive order did not specifically designate abortive services as unnecessary, state Attorney General Ken Paxton quickly clarified that all abortion procedures would be halted under the order. Paxton then issued a public warning to the small number of abortion providers in the state, threatening those who continued to provide abortion care with fines of up to $1,000 or 180 days in jail.

The ban was immediately challenged by reproductive rights groups like Planned Parenthood, the National Abortion Federation and the ACLU, who rightly claim that punitive restrictions on abortions will endanger the lives and livelihoods of people who wish to terminate their pregnancies.

On Tuesday, a 5th circuit appellate court upheld the abortion ban, despite a previous ruling by a federal judge which found that the ban would cause “irreparable harm” to those seeking abortion services.

This decision leaves thousands of primarily low-income women and women of color without access to critical and essential healthcare in the midst of a global pandemic and a devastating economic crisis.

In a joint statement with dozens of obstetric and maternal health boards, the American College of Obstetrics and Pediatrics condemned the bans, stating that “abortion is an essential component of comprehensive healthcare,” and that “the consequences of being unable to obtain an abortion profoundly impact a person’s life, health, and well-being.”

Dr. Amna Dermish, the regional medical director for Planned Parenthood’s central Texas branch told KUT Austin that her patients have responded to the ban with “anger, sadness, frustration, and despair.” Like millions of people across the country, Dr. Dermish’s patients have experienced the loss of income, medical insurance, and general security as a result of the COVID-19 pandemic, which has forced over 10 million Americans to file for unemployment. Texas alone saw unemployment rates jump by over 800% last week.

Forcing individuals to carry out unwanted pregnancies in the middle of this crisis is an act of unmitigated violence against working-class people that many will never recover from.

The costs of carrying out such a pregnancy can be economically, emotionally and physically devastating. A healthy, full-term pregnancy often requires dozens of prenatal doctor’s appointments, as well as the prescription of prenatal vitamins and other medical expenses. For the over 20 million uninsured people in the United States, those costs can add up to thousands of dollars.

As if that weren’t enough, the average out of pocket cost of giving birth in the U.S is over $5,000, and that’s for patients with insurance. For uninsured patients, that cost can more than double.

For families across the country, a $1,200 relief check doesn’t even begin to cover these costs.

Aside from the economic burden of carrying an unwanted pregnancy, there are critical health risks associated with giving birth in the U.S. More Americans die from childbirth-related complications than any other wealthy country in the world. While maternal mortality has plummeted globally, a 2016 study by the National Center for Biotechnology Information found that maternal mortality in the U.S increased by more than 100% between 1991 and 2014.

In states like Texas, which has some of the strictest abortion laws in the country, that number jumps to 200%.

These numbers are even starker for people of color, who are up to 4 times more likely to die from pregnancy-related illnesses than their white counterparts.

Our nation’s healthcare system is dysfunctional and insufficient on its best day. Every year, tens of thousands of people die because they lack health insurance and access to quality care. Hundreds of thousands more file for bankruptcy due to exorbitant medical bills. And as many as two million people may die from the COVID-19 outbreak because our broken, profit driven health care system has left doctors and nurses without the protective gear and life saving medical equipment they need.

Abortion restrictions like the ban placed in Texas only exacerbate this already dire situation. In the five states that have proposed abortion restrictions during COVID-19, there are only 69 abortion clinics left. There are zero abortion providers in over 90% of those state’s counties. And in Mississippi, which has one of the highest maternal mortality rates in the country, only a single clinic is left standing.

But even in states with more lenient abortion policies, maternal mortality and morbidity run rampant. In NYC, which has some of the better abortion regulations in the country, the maternal mortality rate is well above the national average. And despite its wealth, New York City has some of the worst racial health disparities in the world, with black people being up to twelve times more likely to die during childbirth than their white counterparts.

These disparities show that while lifting abortion restrictions is a critical step towards improving reproductive healthcare, it’s not enough to save lives. As long as our healthcare system is motivated by profit and corporate greed, people will continue to die.

If we want to save the 30,000 people who die from unsafe abortion every year, we need to do more than lift the current abortion bans and codify Roe v Wade. We need to radically reorganize our political and healthcare infrastructure by abolishing for-profit healthcare and instituting a free, public and worker controlled system in its place. We need to tax the wealthiest individuals and corporations to ensure that every person has access to comprehensive and reliable healthcare, regardless of their race, class or gender identity. Only by doing this can we guarantee reproductive rights to all people, eliminate racial health disparities, and create a better, healthier world.