Statistically, there’s a mass shooting every day in the US

According to the Washington Post, there have been 204 mass shootings since the year began. Statistically, that’s one for each day of the year so far. 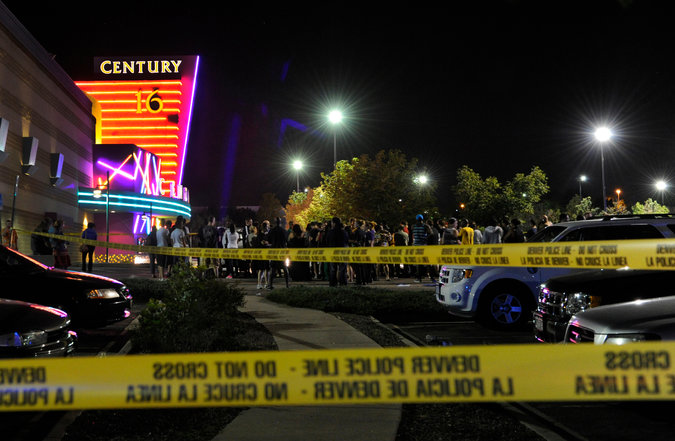 The Washington Post article spread quickly across social media. The data, which was compiled by the subreddit forum sarcastically named “GunsAreCool”, listed each mass shooting mentioned in the press over the past year. The tracker, which defines mass shootings as those that have killed or injured four or more people, demonstrates that there have been the same amount of shootings as days in the year in 2015.

There have been other organizations that have attempted to analyze the phenomenon of mass shootings in the US in the past. For example, the progressive news outlet Mother Jones created a database which found 71 public mass shootings since 1982, most of which were carried out by males. However, the recent independent analysis published by The Washington Post shows just how alarming the level of firearm deaths has become.

North of the Rio Grande, it’s a “tragedy”…

For the bourgeois press, this phenomenon “is hard to explain”. The Washington Post quotes James Alan Fox of Northeastern University, who states that the killers “are just too rare, and their actions are too unpredictable. It’s a matter of a very large haystack and very few needles”.

Of course, for the bourgeois press, and especially its right wing, the problem is simplified as a matter of personalities are out of the norm. For them, “the killers tend to be people who are failures. They failed at jobs, they failed at education, they failed at marriages, and their ability to cope with life’s frustrations begins to wear thin. They’re isolated. They don’t have a lot of close friends around to serve as a support system or a reality check.”

We must remember that the Fox News coverage of the shooting in South Carolina tried to completely erase the unquestionable weight that racial motivations of the killer, Dylan Roof, in his attack to the African Methodist Episcopal Church in, treating him as if he were some loon (and omitting the fact that in his manifesto he wrote that “n*****s are stupid and violent”) and instead insisted that the shooting was an “attack on faith”. The Huffington Post declared that this was the 91st attack on a black church since 1956.

For The Washington Post it is impossible to ignore the consequences of this: “It took 150 years and a national tragedy for the country to reach something like a consensus on the meaning of a battle flag”, referencing the Confederate Flag, which is used by many white supremacist groups.

What the bourgeois media do not say is that the problem goes beyond a handful of people who went haywire. If they failed at jobs, it is because jobs are precarious and flexible; if they failed at education, it is because the education plans only benefit those who can pay for it and there is no budget for public schools (but there is plenty for the military spending); if they failed at marriages it is due to a culture that emphasizes the individual and his “selfishness” instead of pushing for a real social integration.

But these atrocities would not be committed if it weren’t for the fact that racism is supported by the state and its institutions and mass media. It is a nation which puts slaveholders on the dollar bills, allows the Confederate Flag to be flown publicly, permits xenophobic declarations from major political figures like the reactionary Donald Trump and promotes political, economic and social discrimination of minorities. Although the Second Amendment establishes the right of every citizen to bear arms, this freedom is exerted de facto by whites only (who commit most of these massacres) and supported by the National Rifle Association — one of the most reactionary sectors in US society; nothing progressive can be expected from them. Meanwhile, for the rest of minorities, owning a gun is equal to a death sentence at the hands of the state.

As such, it is only hypocritical that politicians and members of the ruling elite express their condolences to the families of black and minority victims while they are the ones who murder black youth, deport en masse Latino immigrants, and monitor with extreme paranoia Arab and Muslim communities.

…And south of the Rio Grande, militarization and oppression

But if we moved the victims just a few miles south, they are completely ignored by the US media. The tragedies in that country are only one side of the problem, since the arms business goes beyond the deaths and wounded caused in the north The US arms trafficking has its consequences in Mexico in the War On Drugs. Nearly 70% of firearms used by organized crime come from the US, and policies like Operation Fast and Furious only help maintain this situation. For Mexico, the US arms business translates into policies militarization to combat social activism, criminalize of migrants and continue social degradation (femicides, displaced, etc.).

There are still those who think that the US has no racial problems, that it is a “beacon of freedom”, a defender of human rights around the world. But the scandal of violent arrests and murders of young blacks throughout the United States—most recently the suspicious death of Sandra Bland—a ghost they have tried to cover up away with talk of “democracy” and a black president has come back to haunt them . The racism of the American police only shows the decay of the government’s repressive forces, the infinite hatred capitalism creates towards the most oppressed and exploited just for the simple fact of not belonging to a social class, not having a certain color of skin, not practicing the religion of the majority, or simply for being young.

It is enraging that while the killer of nine African Americans gets a bullet-proof vest, shows no signs of beating or struggling after being arrested, and is calmly escorted by police, Eric Garner, Mike Brown, Vonderrit Mayers, and many others whose name list would make this article endless, the racist and murderous police beat, shot and finally killed for not doing anything except being young, black and of working-class families.
Because of this, the workers and youth of America have nothing to expect from this current system and its false sense of democracy. Lenin’s phrase is still valid: “bourgeois democracy is the right of the oppressed to decide once every few years which particular representatives of the oppressing class shall represent and repress them in parliament”. The unity of all workers, no matter their race, is what both Democrats and Republicans fear the most! Only this unity can end this and the many other problems that the workers and youth of America face.