Environmental and human rights lawyer, Steven Donziger won a $9.5 billion settlement for Indigenous Ecuadorians against Chevron. Now he has been disbarred and sentenced to six months in jail by judges with close ties to the corporate oil giant. 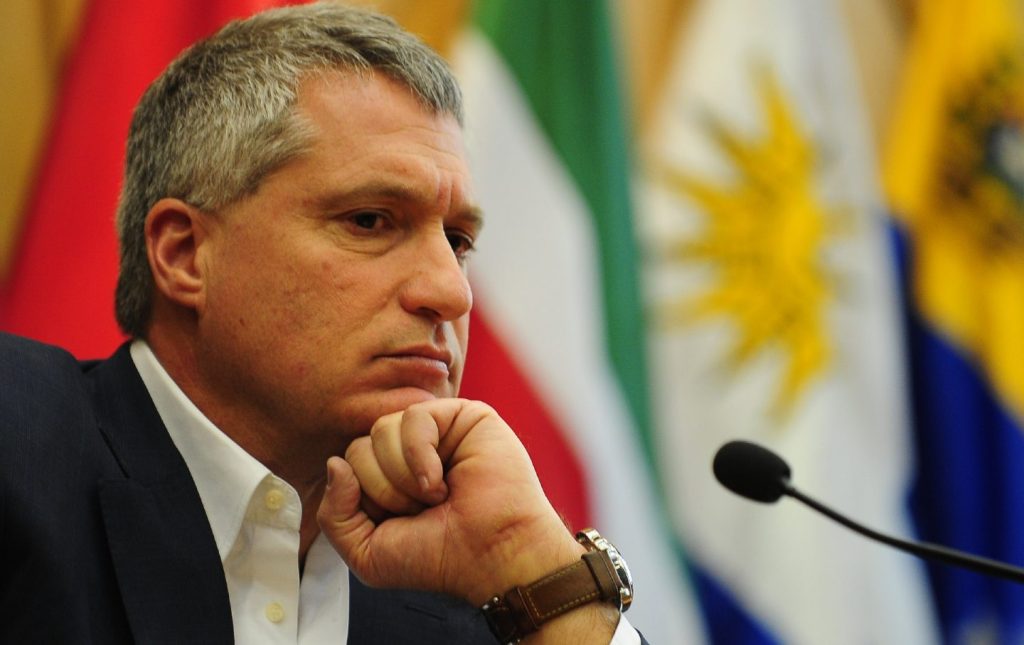 Donziger represented over 30,000 farmers and Indigenous Ecuadorians in a class-action lawsuit over decades of pollution on their ancestral lands. In 2011, an Ecuadorian court found Chevron guilty of the charges and awarded the plaintiffs $18 billion in damages, though the sum was later reduced to $9.5 billion.

In the 1970s, Texaco and Petroecuador began drilling operations in the Ecuadorian Amazon, dumping 16 billion gallons of oil into indigenous ancestral land, and contaminating over two million acres. In the early 1990s, the Frente de Defensa de la Amazonía (FDA) sought help from Donziger to sue Texaco for the pollution and health impacts caused by decades of drilling. Local residents link widespread instances of cancer and birth defects to the company’s presence in the region.

The Ecuadorans originally sued Texaco in the United States. After nearly a decade of legal delays, a federal judge in New York sent the case to Ecuador in 2001. By that time, Chevron had bought Texaco. After a decade of litigation, the company lost.

Chevron subsequently moved its assets out of Ecuador to avoid paying the damages and crafted a strategy to “demonize Donziger” by launching a corrupt legal battle against him, and attacking the process of the lawsuit. In a 2014 case initiated by Chevron, U.S. District Judge Lewis A. Kaplan ruled that the decision in Ecuador was invalid, claiming it was achieved through violations of legal ethics. Documents have since revealed that Kaplan held investments in the oil company at the time of his decision, among other ties to oil interests.

In other words, Kaplan was representing the interests of Chevron at the same time he was adjudicating the case. This is just one egregious example of the iron grip that corporate interests, and especially oil and gas, have over the United States’ legal and governmental institutions. The interests of the capitalist state and corporations are inextricably linked.

With the help of federal judges, Chevron pursued its legal strategy to personally defame Donziger and taint the legitimacy of the lawsuit. Kaplan’s rulings against Donziger resulted in his suspension from practicing law in 2018, which devastated his career and isolated the Indigenous plaintiffs from their primary legal representation.

In the appeals process, Kaplan ordered Donziger to turn over his cell phone, computers, and other electronic devices to Chevron. When Donziger refused on the basis of attorney-client privilege, he was charged with six counts of criminal contempt of court.

Kaplan proceeded to hire a private law firm, Seward & Kissel, to prosecute Donziger after a federal district judge declined to do so. The judge did not disclose that Seward & Kissel has represented Chevron as a client as recently as 2018. In February, hundreds of students from over fifty law schools boycotted the law firm’s recruitment process due to the evident conflict of interest.

Kaplan then appointed District Judge Loretta Preska to preside over the case, who has a long history of corporate conflicts of interest. In August 2019, Preska sentenced Donziger to home detention while awaiting trial, and required him to wear a GPS-equipped ankle bracelet. Lawyer’s Rights Watch Canada has indicated that Donziger has been detained longer than the six-month maximum sentence that this charge carries.

In 2018, an international tribunal in The Hague ruled in favor of the oil company, affirming Chevron’s claims that the 2011 Ecuador Supreme Court ruling had been obtained through fraud, bribery and corruption.

Donziger, who has been under house arrest for over 800 days for contempt of court, is now serving six months in a federal prison in Danbury, Connecticut.

Over the past two decades, Chevron has avoided any consequences and raked in massive profits while continuing to spill hundreds of millions of gallons of crude oil in the last decade (including a major spill in California). Rather than paying the damages for the irreparable harm it has caused to Indigenous people and land, Chevron is pursuing a policy of instilling fear, sending a threatening message to environmental activists who try to hold major polluters to account. “Chevron and these two judges, really allies of the fossil fuel industry, are trying to use me as a weapon to intimidate activists and lawyers who do this work,” says Donziger.

The bourgeois system, of course, is always full of loopholes and protections for capitalists while offering few for the working class and oppressed. Yet even these lawsuits and abuses are a distraction from the real tragedy, buried beneath the headlines: the environmental devastation and destruction of indigenous land.

But we are not fooled by Chevron’s strategy to smear the reputation of those who stand up against its attacks against Indigenous people and land. The working class and oppressed, who are the most vulnerable to the environmental impacts of fossil fuels, see through the facade. The viciousness and corruption of these attacks cannot intimidate us — it will only fan the flames of our anger and make our movement stronger.

As bourgeois politicians and leaders try to convince us they are tackling climate change while attending global conferences like COP26, we cannot let them fool us into forgetting whose interests they really represent. Greta Thunberg recently stated: “All political and economic systems have failed. But humanity has not yet failed.” Thunberg is partially right, but she falls short at explicitly naming capitalism as the system that creates and catalyzes the existential threats we face. We can’t entrust the capitalists to develop viable solutions to climate change. It’s up to the working class to call out their cheap words, refuse their terms, and fight back against capitalist exploitation.