Stonewall Was a Riot

Today is the first day of Pride Month, a celebration of the Stonewall Riot in 1969. Now uprisings are breaking out all over the country. Wealthy, white gay men today might be opposed to “violence,” but the history of the LGBTQ+ movement shows that riots of oppressed people are about liberation. 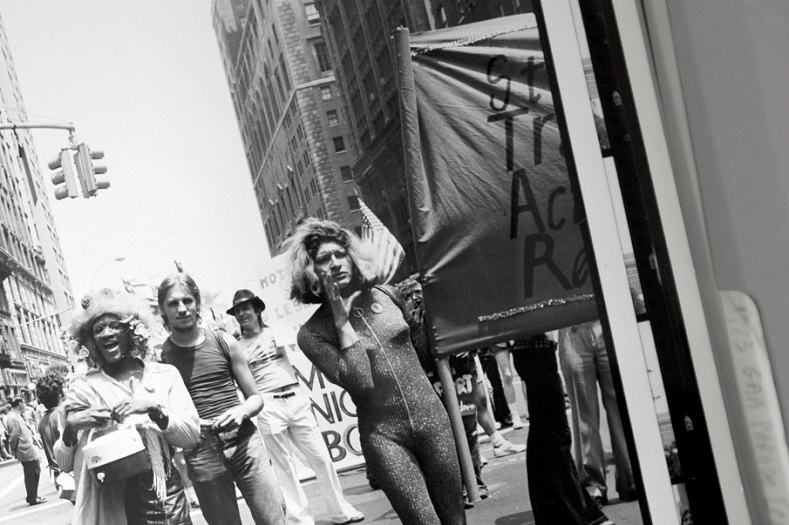 “We all had a collective feeling like we’d had enough of this kind of shit. It wasn’t anything tangible anybody said to anyone else, it was just kind of like everything over the years had come to a head on that one particular night in the one particular place, and it was not an organized demonstration. … We weren’t going to be walking meekly in the night and letting them [the cops] shove us around — it’s like standing your ground for the first time and in a really strong way, and that’s what caught the police by surprise. There was something in the air, freedom a long time overdue, and we’re going to fight for it. It took different forms, but the bottom line was, we weren’t going to go away. And we didn’t.”

We can imagine these lines being said, written, and felt by the Black youth rising up in Minneapolis and around the country demanding justice for George Floyd and an end to police brutality. As we write this, people all over the country, led by these Black youth, are defying curfews, facing off against the cops and the National Guard, breaking windows, and burning buildings. This comes in the context of the coronavirus pandemic that disproportionately kills Black people. All over the country, people are facing tear gas, police batons, and right-wing protesters. All around the country, people are saying “We’ve had enough of this shit.”

And today marks the beginning of Pride month — a month in commemoration of the Stonewall Riot in 1969.

And yes, the birth of the LGBTQ+ movement was a riot. That may be hard for some wealthy, white gays who are currently speaking out against “violent” protests to hear, but the Stonewall Riot laid the foundation for the LGBTQ+ movement.

The word “riot” itself is polemical. It can imply mindless crowds causing destruction for no apparent reason. After all, some white people riot after sports games. Notably, they don’t’ face police repression for these actions.

But for queer people, people of color— those of us oppressed by capitalist exploitation and oppression, we know that the riot in our hands, is something else. It’s the scream against years of swallowing shame, anger, and fear. It’s the explosion of rage at decades and even centuries of oppression. As Toni Morrison said, “What struck me most about those who rioted was how long they waited. The restraint they showed. Not the spontaneity, the restraint. They waited and waited for justice. and it didn’t come. No one talks about that.”

Or as CLR James put it: “When history is written as it ought to be written, it is the moderation and long patience of the masses at which men will wonder, not their ferocity.”

People like Marsha P. Johnson, a Black trans woman, had had enough of showing restraint, as did Sylvia Rivera. Stonewall was launched by women like Johnson and Rivera —trans women of color and sex workers who were constantly harassed by the cops. They had had enough of restraint. A 1969 article decribed Stonewall as “Vengance vented against the source of repression — gay bars, busts, kids victimized and exploited by the mafia and cops.” They threw rocks at the cops, set fire to trash cans outside, and fought the police to free people who had been arrested.

We were so happy that night because we were fighting back! And we have never done so before. …We all decided to break off the shackles of oppression. …That night the police represented that oppression of religion, family, church, every single thing in society that hated us.

There were six days of clashes between the cops and the queers in the streets of Manhattan, joined by left organizations, including sectors from the Black Panther Party, the Young Lords, and more.

The Stonewall Riots marked the birth of the Gay Liberation Front (GLF) and the birth of a movement against the pigs, against state repression, and against the church and the patriarchal family. Post-Stonewall queers were something else, according to poet Alan Ginsberg. He described it by saying, “You know, the guys there were so beautiful — they’ve lost that wounded look fags all had ten years ago.”

But the GLF didn’t just fight for gay rights. In the GLF newspaper, The Rat, they encapsulated the spirit of the movement: “We are a revolutionary homosexual group of men and women formed with the realization that complete sexual liberation for all people cannot come about unless existing social institutions are abolished.” The GLF declared, “We identify ourselves with all the oppressed: the Vietnamese struggle, the third world, the blacks, the workers… all those oppressed by this rotten, dirty, vile, fucked up capitalist conspiracy.” And this was perhaps one of the most powerful things to come out of Stonewall —- a general critique of all of society, and a desire to unify oppressed people against the cops and the capitalist monster that is the United States.

It’s been 51 years since Stonewall. And while a gay man was a viable candidate for President, the cops keep beating and killing queer people. Just last month, they killed Tony McDade, a trans Black man. On the flip side, there are corporate sponsors for Pride parades and the Human Rights Campaign hosts thousand-dollar galas. Gay, white, wealthy men are ascending into the highest seats of power and will hypocritically celebrate Pride, whitewashing it’s combative legacy while criticizing the uprising going on in front of our eyes.

51 years after Stonewall, and we are amidst another uprising — another “riot” in the best sense of the word. This is a movement against police brutality led by Black youth who have also decided to “break off the shackles” of oppression. Justice for George Floyd has become a rallying cry against an entire unjust and racist system.

A whole generation is rising up — a generation that is unemployed or underemployed and straddled with student debt while Jeff Bezos is on track to become a trillionaire. This generation has been targeting Wells Fargo, Target, and the police. We know that our lives are worth more than their profits and that the real violence is that of the racist capitalist state. We know that the real looters are the United States, built on the labor of slaves and on the lands taken from indigenous people through genocide. The real looters are the imperialists who organize coups for their profits, the bosses who hyper-exploit our labor and the labor of the global working class. But this generation is beginning to know the feeling of taking a street, of saying “fuck you” to the cops, and of building a barricade.

A riot against police brutality is justified. A riot against police violence can change history— as Stonewall did, and as I believe that this uprising will. But a riot is not a revolution, and a riot is not enough. The unified action of the working class and oppressed people is needed to shut down production and challenge this system. This system — which has given us the virus, the economic crisis, and the most brutal racism — deserves to die. We deserve a future of liberation and socialism.