Stop Repression: In Defense of Democratic Rights for Catalonia

We, the undersigned alternative media and journalists, condemn the repression by the Spanish State and criticize the bad practices of the Spanish media. We appeal to left parties and organizations to position themselves against the repression. 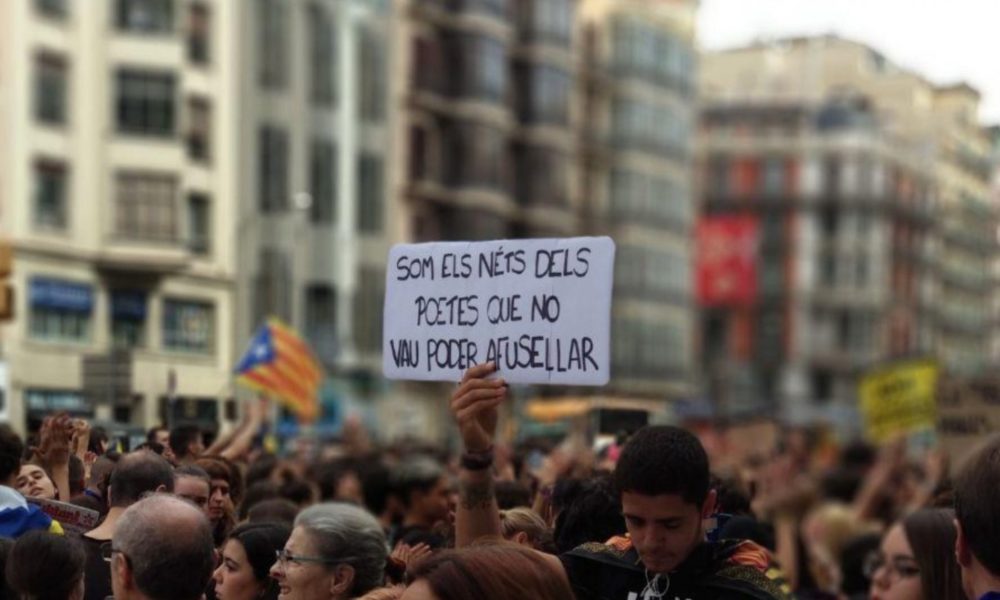 The Catalan question is a political problem that has not been resolved by the Spanish state, which is totally deaf to the democratic demands of the Catalan people. These demands have been expressed peacefully for more than ten years in the streets and the ballot boxes.

Self-determination is a right that has been resolved in other countries such as Canada and the United Kingdom. Spain, however, continues to deny the national reality in Catalonia, placing the debate on self-determination outside of politics.

It is necessary to condemn the refusal of the Spanish State to recognize the inalienable right of the Catalan people to self-determination, just like it is necessary to denounce the fact that until now, the only answer has been repression. Catalan political and social leaders were sentenced to 100 years in prison this week, and the protests against the sentence were met with brutal repression.

More than 20 people have been arrested since the protests began on Monday—not counting the 9 people charged with terrorism a month ago in the framework of a police operation designed to link the independence movement with terrorism, despite a lack of evidence. Many of the people who participated in the protests have been victims of terrible violence, including cases of mutilation by weapons that are prohibited by the  Catalan autonomous government.

We also want to condemn the role of the Spanish media, which is committed to the dissemination of the official story of the state and the police forces, which have been in repressive overdrive for two weeks. The strategy of criminalizing the political movement for self-determination depends  on the manufacture of a distorted image of Catalan people and the massive political movement in favor of independence. This movement is presented as xenophobic and anti-spanish.

In the last week, the media’s complicity with the state has been revealed. They have only reported the version of the police who have been responsible for repressing the protests. They have ignored the actions of violent, fascist pro-Spanish groups that have left several people injured. The goal is to create an image to justify subsequent actions to suppress autonomy, as well as convictions for sedition—one of the most serious criminal charges of the political and social leaders jailed since the fall of 2017. Like in Turkey, they seek to stigmatize organizations and parties that are organizing protests as terrorists, thus denying the fundamental rights of protest and expression.

It shows a serious lack of ethics to manipulate images, statements, and facts to spread a false story about the situation in Catalonia. We must respond in a forceful way. We therefore share this statement to contribute to an unbiased approach to the Catalan conflict and to combat the official versions that the Spanish media are spreading to control public opinion in Spain and worldwide.