Stop the War on Afrin!

The Turkish Armed Forces -supported by Free Syrian Army groups- have started an air and land offensive on the predominantly Kurdish town of Afrin in Northern Syria, from multiple fronts at the same time. 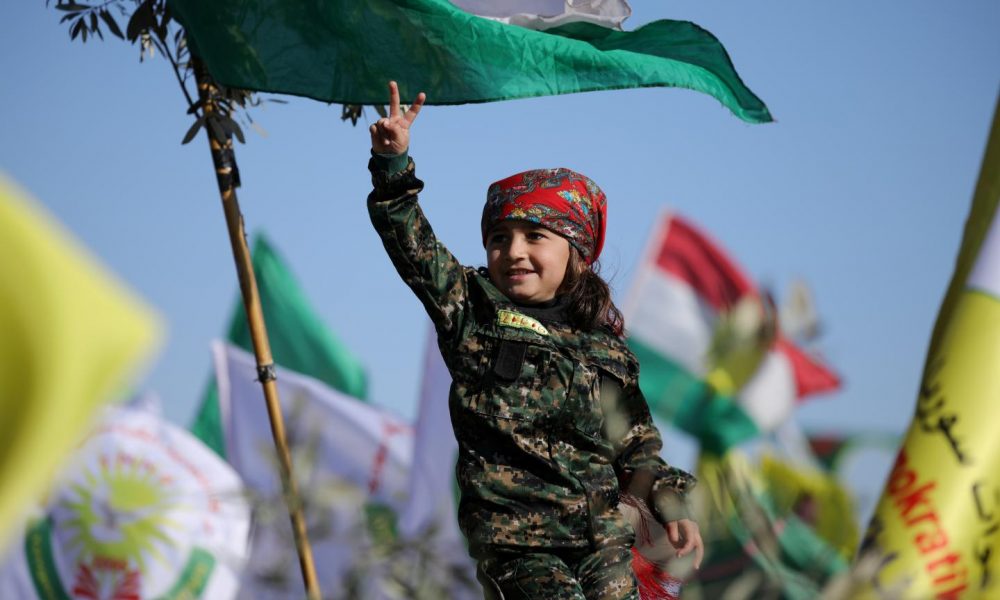 This statement was first published in Turkish by the socialist collective Başlangıç Dergisi based in Istanbul. We produce the translation here in English.

As had been expected for weeks, the Turkish Armed Forces -supported by Free Syrian Army groups- have started an air and land offensive on the predominantly Kurdish town of Afrin in Northern Syria, from multiple fronts at the same time. At this stage, it is very early to comment on the possible military outcomes of the operation.

In our view, the AKP government’s primary domestic objective in launching this attack is to consolidate the authoritarian, one-man regime being established in Turkey. The national mobilization atmosphere created by the war has immediately rallied behind the government a large number of political actors, such as the leaderships of the opposition parties CHP and IYI Party (the latter has recently split off from the ultranationalist MHP, which is in a de facto coalition with AKP), or employers’ associations including TUSIAD and MUSIAD. This wide consensus is utilized by the government to consolidate around a single leader, namely Erdoğan, the state apparatus which has entered into a profound fragmentation in the wake of the failed coup of July 15, 2016: The government still fails to enjoy the public support it wishes, despite having won on paper the referendum for the transition to an authoritarian presidential system on April 15, 2017, when the “Yes” campaign secured only 51.4% of the votes amid severe accusations of fraud. Now, the war gives Erdoğan government the perfect occasion to appear as “a government of the saber as the judge arbiter of the nation” (Trotsky).

After the general elections of June 7, 2015 (when the pro-Kurdish HDP had won 13.1% of the votes), The government had temporarily lost its majority in parliament and entered into a profound crisis of legitimacy. Back then, it had managed to overcome this crisis by fuelling war and aggression within Turkey, and dragging the country to another general election in November of the same year. Having learned from this previous experience, the government wants to overcome the crisis it has been facing since the referendum through yet another nationalist mobilization. By means of the chauvinistic atmosphere spurred in the first days of its Afrin incursion, the AKP government wishes to solidify the de facto coalition between AKP and MHP at the rank-and-file level, while dividing those sectors which voted “No” during the 2017 referendum.

The nationalist elements in the “No” camp -CHP and the like- have already rallied behind the government thanks to the Afrin invasion. The government now wants to criminalize the radical opposition on the streets, the most dynamic element of the “No” campaigns, with tirades threatening HDP and anyone else who dares to oppose war on the street. It can be predicted that the attacks on the radical left will aggravate in the coming days, with for example the imposition of jumpsuits on political prisoners and similar authoritarian measures.

However, it is very early to describe all this as “success” for the government. The structural crisis of the AKP government, its lack of international legitimacy, its need for a constant state of emergency / mobilization, and inability to “normalize” the country, all remain in place. The determining factors in the upcoming months will be the military results of the Afrin operation, the approaching workers’ strike in the metal industry, rising unemployment and inflation figures, and the reaction of the laboring masses to these developments.

It would naturally be incorrect to interpret the Afrin operation only through the lens of Turkey’s domestic politics. It must also be situated within the struggle over Syria, between the USA, which sees its global hegemony weaken day after day, and Russia, striving to build more strength in the region.

The USA is taking steps to consolidate its influence over the areas controlled by the Syrian Defense Forces -rich in terms of energy resources and agriculture- by means of numerous military bases and a planned border force speculated to be 30 thousand strong. Russia and its ally Iran strive to foil this US attempt by expanding the influence of the Assad regime towards these areas. This is the reason why Russia has opened the Afrin air space to Turkish jets at the risk of souring its relations with the SDF. Furthermore, within the context of the post-ISIS restructuring of the regional regimes, all major powers see as a threat the “democratic autonomy” model implemented by the Kurdish movement in Afrin and across Rojava in general.

Even if the offensive by the Turkish Armed Forces and Free Syrian Army attains some military success, it is very difficult to imagine how the FSA, a predominantly Arab force fraught with internal divisions, can submit the town of Afrin, where the organizations of the Kurdish movement are very deeply rooted -nonetheless, Erdoğan clearly stated that they will hand over the control of the area to FSA once the operation is over. In the same vein, Erdoğan’s claims that Kurds form a minority in Afrin and that they have been implanted there recently, also open to the door to interethnic strife.

We know that the laboring masses have nothing to gain from war. It is not a coincidence that the Turkish president reprimanded precarious laborers in the audience demanding tenure jobs, while he announced the Afrin offensive and humiliated the peoples of the region.

Stop the war on Afrin!