Student Voices Unite Against CUNY Board of Directors

In New York, CUNY students fight a battle against the administration’s efforts to stifle their voices. 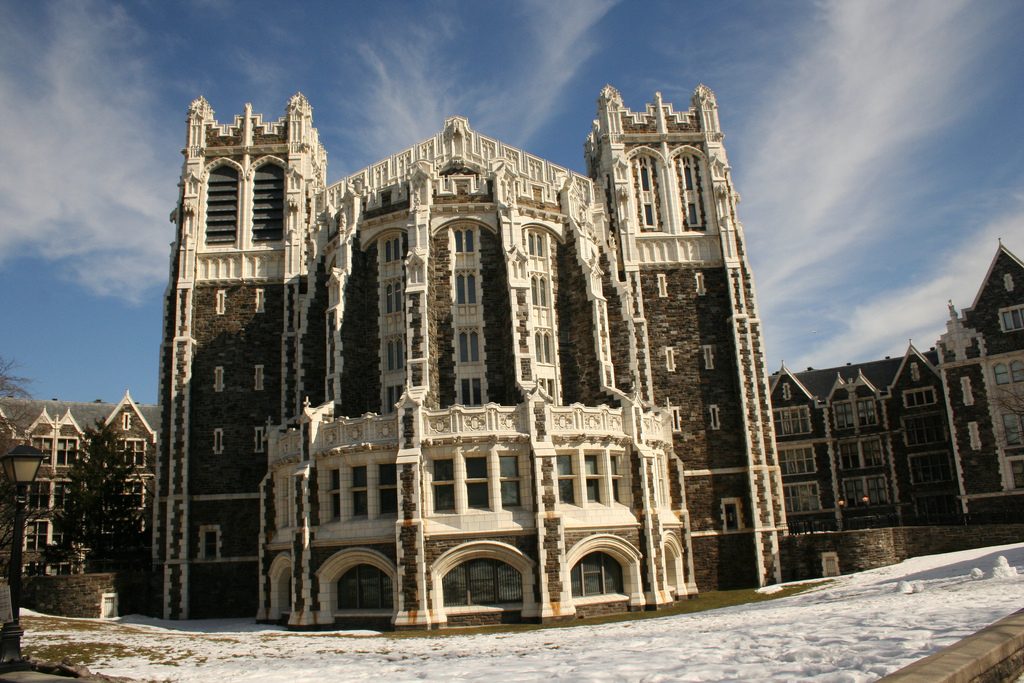 Tonight, the CUNY Board of Trustees convened an “open meeting” to discuss their latest move in a long trend to make CUNY as undemocratic as possible. In essence, the Board congregated with the intention to review proposed changes to the Student Activity Fee (SAF), which currently funds student government and student-led initiatives according to student discretion. Under the proposed changes, the SAF will no longer be managed by students, but rather, a task force of politically appointed faculty and administrators who un-ironically claim to hold neutral viewpoints where students are blinded by political bias. Moreover, the referenda process by which students must garner ten percent of their student body’s support to earmark funding for new programs and change funding for existing programs is now subjected to the whims of college deans, who must be consulted in the process. The impetus for these amendments are not only authoritarian in their suppression of democracy, but reveal their flagrantly reactionary nature upon an examination of the other proposed changes. For one, the amendments propose that funding for community service programs and organizations outside the college, such as NYPIRG, veterans groups, and political advocacy chapters, like the Young Democratic Socialists of America, be severely cut — if not eliminated. Thus, by dissolving the main channels of student participation in finances, that is, the majority student-run College Association and the College Purposes Fund, the Board demonstrates its class allegiance to the interests of the bourgeois order it tirelessly perpetuates.

Moved by these reactionary measures, students from across New York City’s boroughs gathered to disrupt the Board of Trustee’s meeting. Minutes before it was set to begin, however, students were directed to a separate room, claiming that the space in which the meeting was being held would no longer admit students due to limited capacity. As it would later become clear, from the statements of students inside the meeting, this was just one, of a history of many, blatant lies the administration tells its students. Watching from a livestream in a separate floor of the building, the more than 70 students who had been denied access to the deliberations discussed the issue at length.

Once the meeting had come to an end — and it had become unequivocally clear to every student in the room that the administration was not only a power above students, but was increasingly alienated from them — the City College Young Democratic Socialists and their allies called for a unified march towards the doors behind which the Board was drawing up its schemes.

No sooner than a minute after the students marched to the meeting floor, was the place boiling with the fervor of their struggle. Class conscious chants for democracy and justice rustled the halls, and as students continued to pour in from the elevators and stairways, both the ardent militancy and rich diversity of the CUNY student body saturated the dry and unwelcoming air of an institution that had become estranged to its own community. The students’ unapologetic attitude towards the capitalist administrators handing out austerity and oppression like candy on Halloween, evoked an energy indistinct from that of the university’s past decades of student struggles.

Albeit members of student governments and other campus-sanctioned groups were hesitant to mobilize within the building, they were quick to join the radical student factions in-chorus. It was at this sight of popular upheaval that the state did as it always does, as its designed to do by virtue of the forces that erected it and decreed its oppressive mandate, deploy all means necessary to secure its sanctity. As such, when pleas to disperse from the mouth of security became orders to vacate from the police, amenable students saw themselves forced to acquiesce to officers’ commands as promptly as they had joined in militancy. It was then that disputes arose between students, where some argued that “students should not start a battle if they cannot win the war”. The socialist students dismissed these statements as “ahistorical” and urged others refuse orders — understanding that students held the upper-hand at that moment, and could thus force the administration into defacing itself to the world by brutally suppressing students, or agree to engage in dialogue over the bylaw amendments.

Security forces were quick to identify the division between students and moved to direct everyone to the doors, aided by the calls of the complacent students to abandon the premises. Outside, close to a dozen police vehicles had been waiting for a commotion to stir, but students already found themselves demoralized over the disputes that led to their evacuation. Before the crowd dissipated, however, a call to attend the public hearing on the bylaws at Brooklyn College on March 12th caught everyone’s ear.

Tonight was, by and large, a victory for students. Not only did they demonstrate their capacity for resilience and unity in the face of the capitalist subversion of their rights, but they managed to invoke such a presence that the Board of Trustees had no choice but to consider student input in the amendment process and thus forgo a vote. To the surprise of no one, it was the materialist understanding of resistance, voiced by the socialist students, that led to the categorical, though brief, occupation of the meeting floor. This action, and nothing else, will give the bourgeois administrators and the working-class the reality-check they need to appreciate the critical juncture at which society finds itself. Without rehashing the disputes that ensued in the building, it’s imperative to comprehend the invaluable tools that theoretical and historical knowledge of class struggle provide to the development of a movement that must be as ideologically inspiring as it is pragmatically effective. Thus, in order to move forward, students must reconvene and conjure-up a strategy that studies the materialist roots of class struggle as they pertain to student movements of CUNY and beyond. Only by doing so with as much conviction for justice as the bourgeois have for exploitation, can we create a movement that deals in the language of rights and revolution rather than concessions and reform.

Sebastian is an international student at The City College of New York, where he studies economics and biochemistry. He joined the DSA at the beginning of 2017, and has since founded the Young Democratic Socialists of America chapter at his university. He is a guest writer for Left Voice.