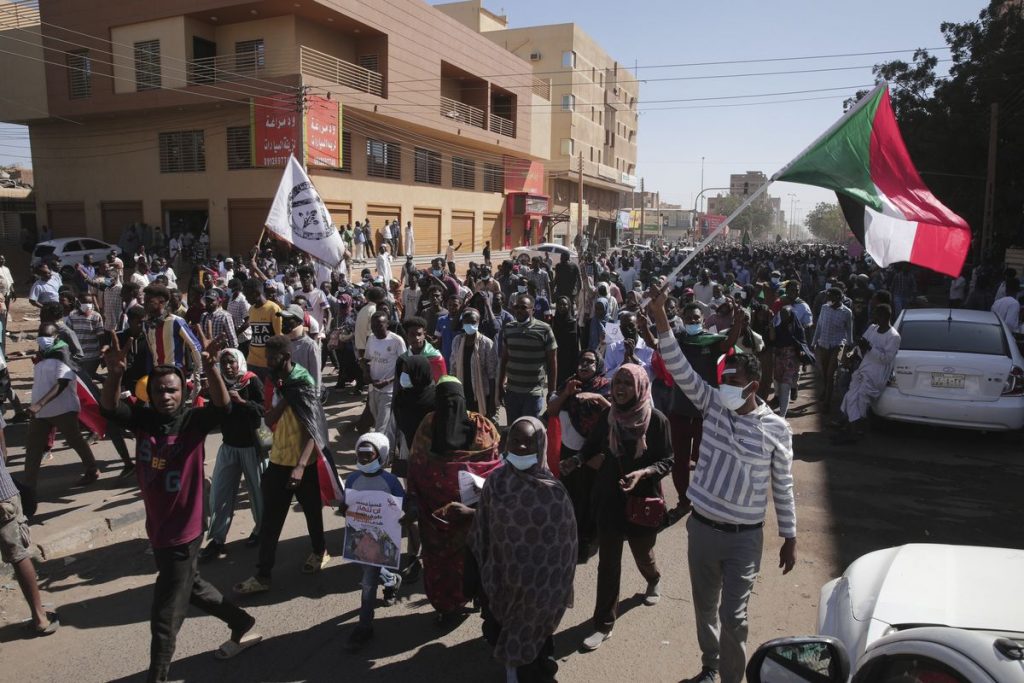 The Sudanese prime minister overthrown in a military coup d’état last October and later restored to power by that same military announced his resignation on January 3. Abdalla Hamdok had been reinstalled by the military only six weeks ago, after reaching an agreement with the military to return to his post. This time, protesters pushed him from power — and the protests continue to call for the fall of the military junta and the installation of a civilian government.

Hamdok spoke to the nation on Monday during a televised address. “I announce to you my resignation from the post of prime minister,” he said, “to make way for another person from the daughters or sons of this generous country to lead and direct it during what remains of the transition period to a civilian and democratic state.”

The resignation came just hours after another day of demonstrations against the coup and Hamdok’s subsequent pact with the country’s military leader, Abdel Fattah al-Burhan. At least three protesters were killed, according to the opposition Doctors Committee, bringing to 57 the number of people killed in protests against the military junta.

Thousands marched against the deal Hamdok made to share power with the army. Shouting “power to the people,” the demonstrators called for a return to exclusively civilian rule. But military forces responded again with bullets and tear gas, leaving many dead or wounded.

Rumors of Hamdok’s imminent resignation had been published several times during the last two weeks, especially after the latest demonstrations, in which several protesters were killed, mainly by gunfire. There were even allegations that security forces had raped several women who had taken part in one of the protests.

Hamdok was first appointed prime minister in August 2019 to lead the “transition” process agreed to by military, political, and civilian forces after that April’s overthrow of dictator Omar al-Bashir. But after last year’s coup, in which the military dissolved the government and arrested several of its members and other civilians participating in the transitional bodies, he was placed under house arrest for several weeks. His reinstatement came on November 21 as part of an attempt to curb resistance to the coup that was manifesting in the street mobilizations.

That day, he signed an agreement with al-Burhan to form a government of technocrats, excluding participation of the parties and civil forces that had staged the protests that led to the fall of al-Bashir and that had proposed Hamdok in 2019 for the post. Most of these forces considered the pact to be a betrayal by the prime minister, and they continued to participate in demonstrations against the military. Just since November 21, 15 protesters have died.

In Monday’s speech, Hamdok defended his agreement with the military, characterizing it as a step aimed at a “roundtable dialogue involving all components of the Sudanese society and the state to agree on a national charter and set a road map to complete the civil democratic transformation.”

He further stated that Sudan is at a “dangerous crossroads threatening its survival,” which he blamed on disagreements and conflicts between the different components of the transition.

The “Transition” Was a Trap

The reality is that after the mobilizations and strikes that brought about the fall of the authoritarian al-Bashir regime in 2019, the political opposition and the military reached an agreement to prevent those mobilizations from spreading and deepening, while maintaining the essentials of the dictator’s rule. The agreement, which established the so-called transitional government composed of the military and the leaders of the Alliance for Liberty and Change (ALC), raised at that time the prospect of holding national elections in 2022.

With that promise, the workers and people of Sudan placed their expectations in being able to achieve a civilian government that would finally respond to the economic and political demands raised during the revolt that overthrew 30 years of al-Bashir’s tyranny.

The social and economic situation, though, has barely changed since then, and beyond some social concessions, the structural pillars inherited from the al-Bashir dictatorship remain intact. The coalition of the transitional government began to show some cracks, and elections were finally postponed to 2023.

The transitional government ousted by the military ended up frustrating the expectations of the thousands who demonstrated in 2019 under the slogan “the entire regime must fall.” Tensions within the coalition among the groups that made up the ALC and the army heightened, ultimately leading to the October coup that ousted Hamdok. Reinstating Hamdok as prime minister, aimed at calming the streets, also proved a failure, as did the policy of trying to negotiate a way out that included the military.

The mobilizations that brought down the al-Bashir government in 2019 and those against the coup that have been taking place since last October show that the workers and people of Sudan are willing to take to the streets for their demands, even in the face of brutal repression.

It is only mobilizations, strikes, and picket lines, like those of 2019, that will push back the army and open a way for the masses to impose their postponed demands. No agreement that includes the military, anyone willing to yield to the Army, or willing to negotiate with figures from the old al-Bashir government will be able to achieve what the people expect.

First published in Spanish on January 3 in La Izquierda Diario.