B&H, a famous New York photo, video and audio store, is trying to close its Brooklyn warehouses. 300 workers could lose their jobs – all because they voted to join a union. But labor activists aren’t putting up with this attempt at union busting. 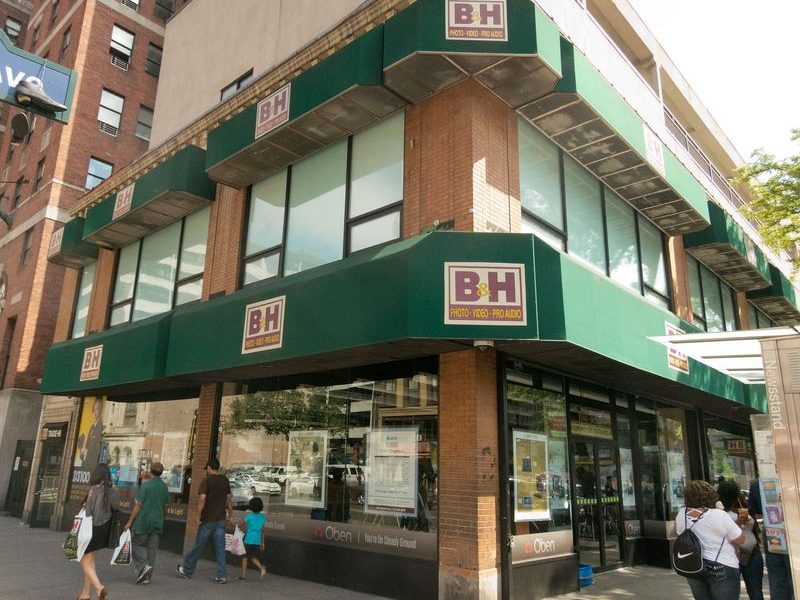 B&H is a gargantuan store in Manhattan offering cameras, video and audio equipment. It’s famous around the world for its deals. But last Friday, a barker on the sidewalk was making an unusual offer. “Half off on workers’ wages!” the man in a green baseball cap called out to pedestrians. “Save money with no job protection!”

Around 20 people, including two small children, were on a picket line in front of the store. “Keep jobs in NYC!” their fliers proclaimed.

B&H is planning to close two warehouses in Brooklyn. 330 workers could lose their jobs. In late 2015, a big majority voted to unionize in the United Steelworkers (USW). Now, management wants to move the warehouses to Florence, New Jersey – 75 miles away. It would be impossible for workers to commute to the new location.

Management claim this is for purely economic reasons and has nothing to do with the unionization drive. However, negotiations for a contract had been going on for a year – and were suddenly dropped when the move was announced.

An underground organizing campaign started back in 2014. The federal government sued B&H due to discrimination against women, Hispanic, Black and Asian workers. This lawsuit was settled – including a provision about confidentiality, so no one can talk about it. But the workers wanted more than just government protection against discrimination. They wanted a union so they could defend health and safety on the job themselves.

The picket, which lasted from noon to 2pm, was joined by activists from the Laundry Workers’ Center and the Democratic Socialists of America (DSA). Lots of DSA members were young people who had joined the socialist movement in the last four months. The DSA’s upsurge is leading new activists into the workers’ movement – a promising sign for the US left.

B&H workers will be protesting on May Day (Monday, May 1st) from 10am to noon in front of the store on 34th Street and 9th Avenue. Let’s unite young socialists and the workers’ movement, to defend jobs and union rights!