Support Imane Boun — Harassed by the Right With Government Support!

Imane Boun, an Algerian-born French student, is being subjected to a right-wing harassment campaign — part of wider anti-Muslim attacks that have been ramping up in France. Here we reproduce a press release from the New Anticapitalist Party (NPA) Youth in her support, to which some explanatory information has been added for a non-French readership. 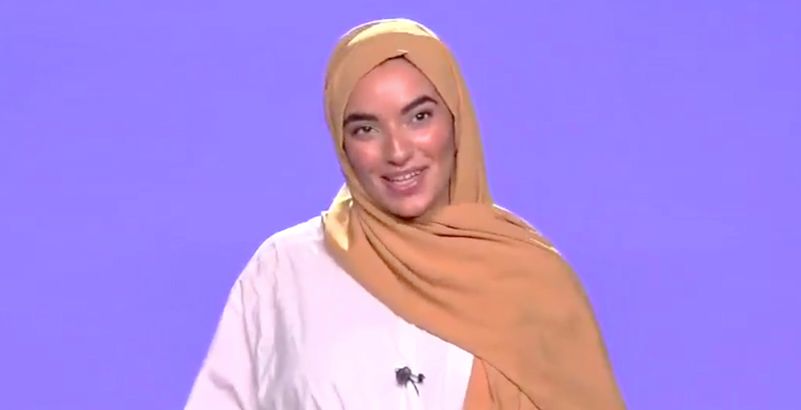 On September 11, a wave of Islamophobic attacks began to be unleashed against Imane Boun, a precarious Algerian-born French student known for offering low-budget recipe ideas on Instagram. The assault came in the form of a murderous tweet by Judith Waintraub, a journalist for Le Figaro, France’s oldest national daily newspaper, with the largest circulation of any in the country.1 Waintraub dared to equate Boun with the terrorist attacks of “September 11” because she wears a headscarf.

Waintraub’s tweet aroused the anger of many on social media, with thousands of reactions denouncing her hateful remarks. But a large swath of the political and media class came to Waintraub’s defense, especially after some of the denunciations of her were characterized as death threats. These defenders included many leading figures: Aurore Bergé, a member of the French National Assembly and close ally of President Emmanuel Macron; Gérald Darmanin, France’s minister of the interior; Manuel Valls, prime minister of France from 2014 to 2015; French Senate president Gérard Larcher; and Zineb El Rhazoui, a Moroccan-born French journalist and former columnist for Charlie Hebdo.2 The media that covered the affair were similarly defensive of Waintraub, including Le Parisien, Le Figaro, HuffPost, and LCI. For her part, Imane, faced with the outpouring of hatred triggered by the journalist’s tweet, deleted her Twitter account after thanking her many anonymous supporters.

This racist attack against a student is unacceptable. We condemn it.

In the context of Macron’s security offensive, this attack perfectly illustrates the reactionary climate the government, the right wing, and the extreme Right are seeking to impose in France. At a moment when a bill against “separatism” is being prepared that is aimed primarily at Muslims, the politicians and the mainstream media are ready to use any means to advance this dynamic.

Last year, Emmanuel Macron launched open hostilities against Muslims by calling for the expulsion of the “Islamist hydra.” This was followed by a period of Islamophobic tension that culminated in the attacks on the mosque in Bayonne,3 and then the historic demonstration against Islamophobia that brought out more than 20,000 marchers in Paris on November 10, 2019.

As a new period opens in the security offensive, we cannot just wait for renewed attacks by the extreme Right or the establishment of some system of legal exceptions for Muslims. All the organizations of the Left and far Left, along with the trade unions, must take a stand and denounce this attack, but also open a discussion on how we can create a collective response to the racist policies of the government and its many allies.

First published on September 15 in French in Révolution Permanente.