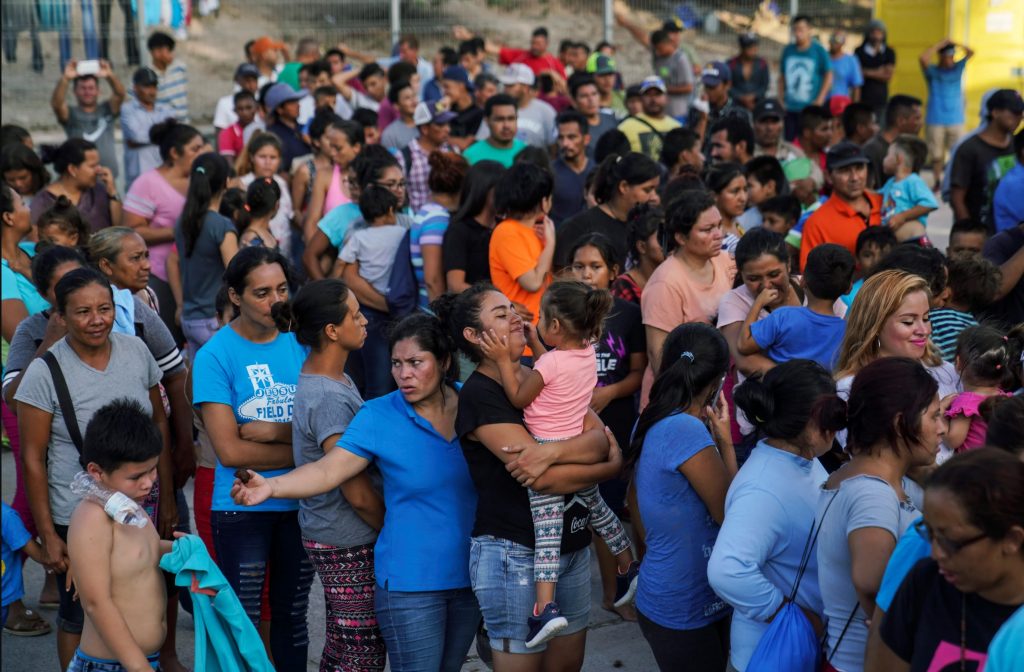 The United States Supreme Court has decided to allow the Biden administration to end a Trump-era immigration policy according to an opinion delivered by Chief Justice John Roberts on Thursday. The program formally known as the Migrant Protection Protocols (MPP), frequently called the “Remain in Mexico” policy, requires migrants arriving at the southern border to stay outside the United States while waiting for the sluggish U.S. immigration system to process their asylum hearings. The Biden administration has yet to end the program.

According to Human Rights Watch, more than 71,000 asylum-seekers had been sent to Mexico under the program from January 2019 to January 2021, including tens of thousands of children and people with disabilities or chronic health conditions. In these camps, vulnerable migrants were frequently victims of rape, kidnapping, torture and murder. Dozens of investigations  into human rights abuses under the “Remain in Mexico” program have been initiated.

The Supreme Court issued its decision days after 53 migrants died from heat stroke and heat exhaustion in an abandoned tractor-trailer outside San Antonio, Texas. It also comes in the aftermath of the Court’s 6-3 decision to overturn Roe v. Wade, setting trigger laws into effect across the country that restrict abortion or effectively ban it altogether.

Biden’s campaign promises included vows to reverse Trump’s harsh immigration policies, but these words have proven to be performative and frail. On the first day of his presidency, he moved to end the “Remain in Mexico” program through a termination memo. After a brief period during which the policy was not enforced (deportations allegedly recommenced in August, when the Supreme Court refused to block a court ruling reinstating the policy), a federal appeals court upheld and reinstated the program in December.

Biden not only complied with the federal court order, but expanded eligibility for deportation to include anyone from countries in he Western Hemisphere other than Mexico. Under Trump, only people from Spanish-speaking countries and Brazilians were eligible to be sent to Mexico. Under Biden’s expanded reinstatement, however, U.S. border officials could send back Haitian migrants, something that generally did not happen in years prior. In September and October alone, the Biden administration sent back or detained thousands of Haitians through Title 42. Thousands of migrants died and were subject to human rights abuses due to the administration’s passive compliance. It’s important to note that U.S. intervention has contributed to much of the political instability in Haiti, as well as every other Latin American and Caribbean country, from which many of these asylum seekers originate.

The Supreme Court’s decision in Biden v. Texas is undoubtedly a welcome reprieve for the ongoing stream of asylum seekers that are looking for  refuge in the United States. But this decision should not be mistaken for progressive immigration policy; it’s below even the bare minimum. Even those asylum seekers who are able to wait in the United States are still extremely vulnerable and face enormous challenges, such as seemingly interminable wait times for work permits and asylum hearings. One in six immigrants in pending asylum cases are waiting for their next hearing to be scheduled. The average wait time is now 1,751 days, or nearly  five years. These obstacles pose enormous challenges, not only to finding work to support oneself and one’s family, but to have any semblance of stability and mental health.

We must not forget the countless other ways that the Biden administration and the Supreme Court have continued or exacerbated the oppression of migrants. On Saturday, the Biden administration ended its limits on immigration arrests in order to comply with a Texas federal court ruling that essentially gives full discretion to ICE agents across the United States on which immigrants they should, and should not, detain. Earlier this month in Egbert v. Boule, the Supreme Court made it more difficult for victims of abuse by border patrol agents to receive compensation in court, chipping away at the already treacherously low accountability standards for border patrol agents and other federal law enforcement agents. In the words of Justice Clarence Thomas, no court is ever “competent to authorize a damages action” against border patrol agents.

Moreover, the recent abortion bans — an attack on the basic human right to healthcare — will disproprtionately affect immigrant women and LGBTQ+ folks, as it wil be more difficult for these populations to travel out of state to access abortions. The laws will also put them at greater risk for deportation if they do decide to take the risk to travel for these procedures.

Beyond abortion, bodily autonomy has been stripped from marginalized populations by the U.S. government as long as the country has existed. The United States has a long history of forced sterilizations, targeting Black women, people with disabilities, and prison populations. The Supreme Court itself was responsible for over 70,000 forced sterilizations of people with disabilities. Today, immigrants continue to be forcibly sterilized in ICE detention facilities.

There is mass disillusionment in the U.S. government and its institutions; many are waking up to the fact that the Democrats, who had many chances to codify Roe into law, are not merely incompetent, but actively complicit in the oppression of the masses. As these institutions continue to offer concessions in an attempt to regain legitimacy and suppress class struggle, we cannot expect nor rely on the political elite of either capitalist party — whose power is based on imperialism, economic warfare, and the stratification of workers through borders and racism — to defend the rights of working-class and oppressed people. Neither the Republicans nor the Democrats represent our interests, and have shown time and again their reticence to defend, much less expand, our basic human rights. And whether or not the Supreme Court deals out marginally “progressive” policies, it remains an undemocratic institution that functions to uphold the interests of the ruling class and imperialism. We must say it loudly and clearly in our communities, and in our workplaces, and in the streets: Abolish the Supreme Court. Let Them All In.