Sweden portrays itself as being at the forefront of the transition to an environmentally sustainable economy. But the numbers paint a different picture, and show that “green capitalism” can’t solve the climate crisis. 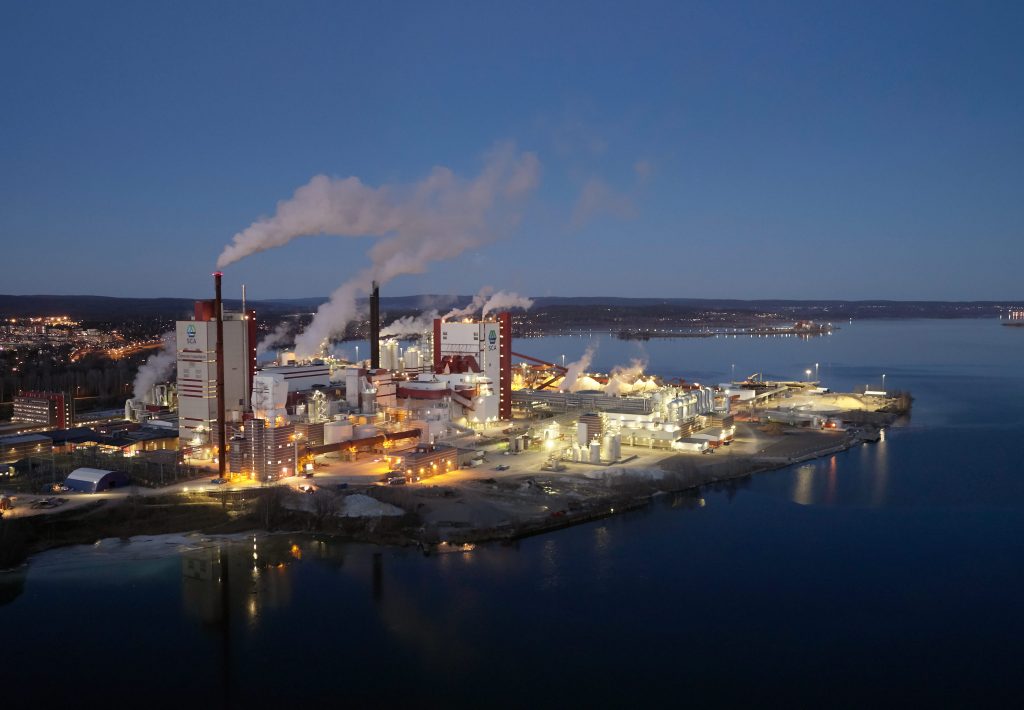 Sweden presents itself as a country where politicians and residents alike take climate change seriously. It’s not difficult to find articles praising its investments in renewable energy and lauding the country as a model for saving the planet. While the Swedish government has set itself ambitious goals for becoming the world’s first fossil fuel-free economy, however, it is not taking action to achieve them, and is instead obscuring its climate impact. Far from being a model country for climate mitigation, Sweden shows that the climate crisis cannot be solved with “green capitalism.”

Climate change is an important issue for Swedes, particularly among the youth. Grassroots movements like Fridays for the Future, the weekly student strikes launched by teenager Greta Thunberg, have grown rapidly over the last few years. In the country’s schools, students grow up learning about global warming and their carbon footprint. However, the emphasis is squarely on how the individual can contribute to reducing emissions — the question of how society as a whole can tackle the climate disaster is not given the same importance.

The Swedish government has set itself cutting-edge climate goals as part of a climate framework instituted in 2018, put in place due to increasing pressure from the Swedish masses to protect the environment. They want to achieve net zero greenhouse gas emissions by 2045, after which the country aims to achieve negative emissions. Seven out of the eight parties in the Swedish parliament — all but the far-right Sweden Democrats — signed on to the law. This may sound promising, but it is not enough to reduce emissions. Laws alone cannot guarantee a green energy transition as this would clash with companies’ need to prioritize profits over the environment, a need which Swedish politicians of all stripes support.

Seven out of ten young people in Sweden say that they are dissatisfied with Swedish climate policy and believe that politicians are not doing enough to curb global warming. At the same time, they say that they are willing to change their lifestyles in order to save the environment. In this sense, young Swedes are sending a clear signal to politicians and to the older generations, and a transition to renewable energy would not face insurmountable challenges in today’s culture or among the youth who will have to live with it.

The Swedish government’s climate plan mostly contains generic ambitions and priorities, as well as accomodations for research and task forces. It is difficult to know which concrete actions are being implemented and what the expected results are, largely due to the fact that the government is opaque about how its policies are expected to affect emissions.

Sweden is a signatory of the 2015 Paris Agreement, in which many of the world’s leaders agreed to cooperate to prevent the global temperature rise from exceeding 1.5°C. Despite the cooperation clauses in the Agreement, Sweden’s climate policies have been focused on domestically reducing emissions. John Hassler, a researcher who has studied the relationship between economics and climate issues, believes that this “sovereign” approach to climate mitigation is not only outdated, but also unrealistic and unsustainable in a globalized world which requires cooperation to curb emissions.

According to the Climate Change Performance Index, Sweden is one of the world’s most ambitious countries in terms of climate policy. However, the country lacks adequate plans to meet its goals. For example, it’s not clear how fossil fuel subsidies will be phased out. Furthermore, energy efficiency is currently measured in terms of energy intensity; that is, the amount of energy the country uses per unit of GDP. This effectively means that as long as GDP increases, the country’s energy consumption can also increase. In order for Sweden to meet its climate targets — which are below those of the Paris Agreement — overall emissions need to be reduced by at least six percent each year. Currently, emissions are reduced by just half a percentage point per year.

One of the biggest problems with Sweden’s climate policy is the ways in which the country obscures its climate impact in official statistics by excluding emissions that occur outside of its borders. In other words, the government does not include, for example, foreign travel or the impact of imported goods in its climate data. Paradoxically, this means that Sweden ostensibly reduces its emissions by increasing its food imports rather than growing produce locally, and by encouraging international air travel rather than domestic rail travel.

This myopic focus on domestic consumption contributes to a highly distorted image of the country’s climate policy. While national emissions have decreased by around 27 percent since 1990, the emissions that Sweden is responsible for outside of its borders — around two thirds of all its emissions — have remained stable over the same period. This means that Sweden can ostensibly mitigate its climate impact by shifting emissions abroad; for example, by transferring production to other countries. Swedish companies like IKEA and H&M can thus benefit from lower labor costs by exploiting workforces in low-income countries, as well as avoiding having their environmental impact tracked by national authorities.

In this way, Sweden can, on paper, meet its climate targets very quickly while maintaining its polished image as a model for environmental sustainability.

The official statistics also exclude the impact of biofuels, which in 2019 accounted for almost as many tons of carbon emissions in Sweden as fossil fuels. Biogenic carbon dioxide is released when wood and other organic materials are burned, and has a similar impact on the environment as carbon dioxide from burning fossil fuels. Nonetheless, biofuel emissions are classified as carbon neutral, as they are expected to be “reabsorbed” by trees planted in the future. However, there’s no guarantee that these trees would absorb the same amount of carbon as what’s currently being emitted, as they would need to remain in the ground for a certain number of years to do so. If they are cut down before then — or burned up in a wildfire — the carbon “credit” no longer exists.

When biogenic carbon dioxide is included — particularly from the country’s timber and paper industry — Sweden’s total emissions increase by around 20 percent compared to what the it reports to the United Nations, and have not actually decreased since 1990. Put simply, Sweden is merely replacing fossil fuel emissions with biogenic emissions.

No Such Thing as “Green Capitalism”

Although many Swedes, especially the youth, are outraged by the government’s inaction, politicians from all parties — including the left-wing Vänsterpartiet — continue to defend the interests of capitalists over the working class. Despite the government’s efforts to paint the country as a success story, Sweden can never be a model for climate policy. This is because capitalism, a system which requires infinite growth and carbon emissions on a finite, rapidly warming planet, cannot bring us out of this crisis of its own making. It ensures that the consequences of global warming fall disproportionately on the working class and on the oppressed and exploited masses, particularly in the Global South.

To move beyond these inadequate and symbolic measures and take the climate emergency seriously, the fight for the environment must be international and anti-capitalist. The Swedish working class and youth must stop pinning their hopes on national bourgeois politics and incremental institutional change, and avoid succumbing to the fiction of green capitalism.

Originally published in Italian and Swedish on August 14, 2021 in La Voce Delle Lotte