Sanitation workers in New Orleans announced on May 5 that they were going on strike. The workers are demanding hazard play and protective equipment in light of the ongoing coronavirus crisis. 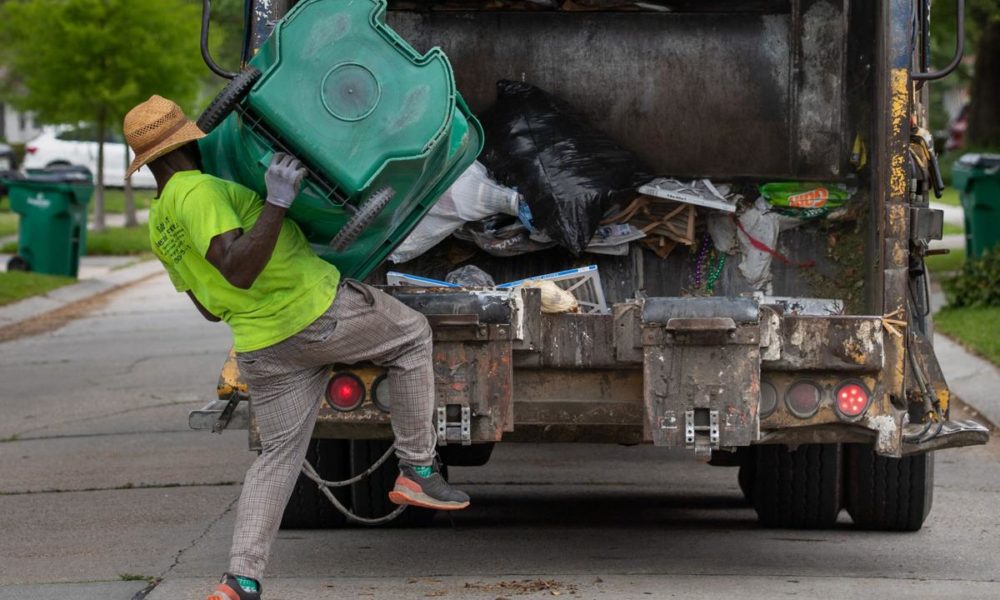 With long work days, low wages, and a near-total lack of proper protective equipment, the situation for sanitation workers in New Orleans is typical for many essential workers during the coronavirus pandemic. As capitalists and politicians praise the brave “heroes” of the frontlines, they are not giving these workers hazard pay or personal protective equipment (PPE). This means, to use the words of a NYC nurse, that these workers are being “martyr-ed without their consent.” This is why the sanitation workers of New Orleans called a strike this week.

Sanitation workers are demanding protective equipment and hazard pay. One worker said that the strikers wanted their employers to  “give us better equipment and pay us better, because the hours are so long and it’s hot out here.” Workers also spoke about the 12 hour days that they are currently working, how they often get paid late, how the trucks are in disrepair and will literally leak chemicals onto the workers, and how the coronavirus crisis (which has left many at home) has increased the amount of trash that they are responsible for dealing with.

When the strike was called on Tuesday, their employers, the Metro Service Group, refused to negotiate and instead locked them out of their workplace. The mayor of New Orleans, in a statement, passed the blame on to Metro, claiming that it was their obligation to provide their workers with the necessary protective equipment.  Reporting shows that the striking workers were hired through a temporary staffing service called PeopleReady, which has already posted a hiring call for sanitation workers, presumably to act as scabs to break the strike. Ironically, the official PeopleReady Facebook page features several posts celebrating essential workers and tips for staying safe on the job.

This hypocrisy reveals the lies of capitalists. They want to celebrate essential workers with ads, applause, and flyovers, but when the time comes to compensate and protect their workers, they balk, ignoring or firing the workers who protest. The bosses want to present the current crisis as one where everyone is in the same boat, but nothing could be further from the truth. It is the working class (many of whom are Black and brown) who are risking their lives during this crisis, and it is the working class who will get us out of this crisis. The capitalists and their politicians have shown us that they have no answers. They can’t deal with the current health crisis, and they won’t be able to deal with the growing economic crisis. The brave strikers in New Orleans show us a path forward, just as workers at Amazon, in healthcare, and in factories around the country have shown us the answer: we must fight back against the capitalists. They are trying, at every turn, to make us pay for this crisis. But we will not. We will not pay for a crisis that capitalism created. Workers across the country and the world must stand together and fight back against this latest capitalist onslaught. Solidarity with the striking sanitation workers in New Orleans!