Teachers and Students Nationwide Say, “No Cops In Our Schools!”

Teachers and students around the U.S. are beginning to pressure their schools to cut ties with law enforcement. Data from the last several decades shows that cops in schools make students less safe, not more. 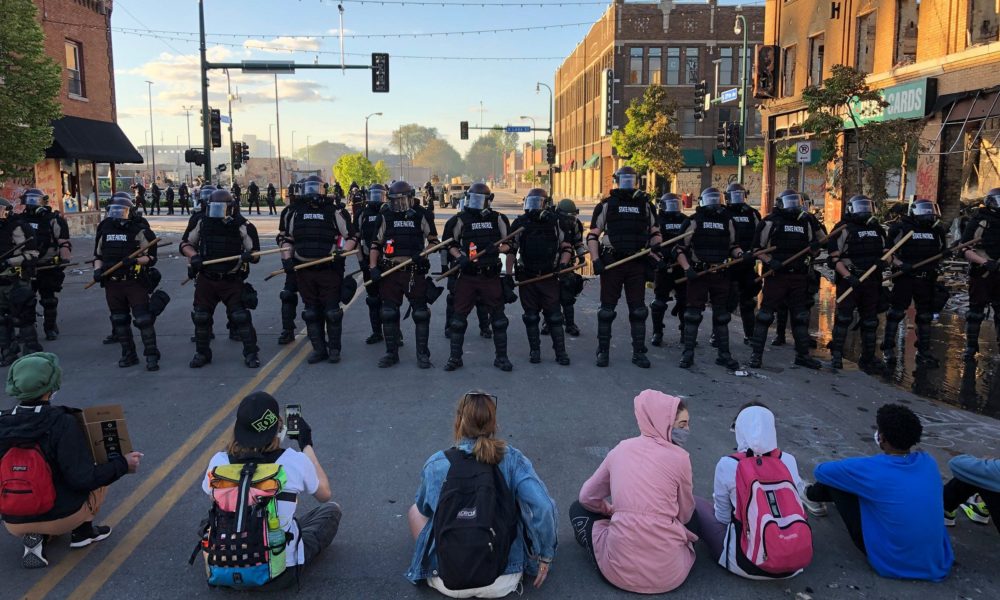 On Wednesday, May 27, the University of Minnesota announced that they were severing ties with the Minneapolis Police Department and would no longer contract with them to provide additional personnel or specialized services (such as K-9 units) for university events. This decision was the result of an impassioned letter written by Undergraduate Student Body President Jael Kerandi and signed by thousands of supporters. On Tuesday, June 2, the Minneapolis Board of Education passed a resolution to terminate their own contract with the MPD. These actions have been followed by a variety of similar calls from other universities and public school districts, including those in Portland, New Haven, and Chicago. Additionally, New York City’s Movement of Rank and File Educators (MORE) has called a march for Saturday, June 6, inviting teachers, students, and parents from all stages of education to come together against the NYPD’s presence in their spaces of work and learning. Every school district, college, and university should follow their example.

Nearly half of all schools in the United States hire local police to serve as “school resource officers.” They are essentially regular police officers who are assigned to schools and who may also offer some educational programming to students. This practice originated in 1953 in Flint, Michigan, but became popular during the 1960s when the Fresno, California Police Department resurrected the idea in order to “revitalize its image in the eyes of the youth.” Therefore, from its very beginning, the program has been rooted not in a concern for children’s safety, but in an investment in pro-police propaganda. But beyond this, it has made schools across the country hotbeds of police brutality against Black students. There are many cases — in South Carolina, New Mexico, and North Carolina, to name a few — in which school resource officers have attacked students of color, the very students they are supposed to protect. These instances of police violence are part of the same societal pattern in which Black people and their actions are construed as inherently threatening, justifying racist, state-perpetrated violence.

How can students be expected to learn and grow in a place where they are not safe, in which they are viewed as the enemy? How can they learn and grow when study after study shows that material factors such as access to food, sleep, and shelter, as well as a stable and supportive home life, are some of the most important contributors to students’ ability to do well in school and they can’t get those resources? Students also perform best when they feel cared about and are supported emotionally and academically.

The presence of police in schools actively undermines these conditions. The New York Times reports that hundreds of thousands of children are sent to court by school police officers every year, mostly for minor offenses; Black, Hispanic, and disabled children are disproportionately represented. In one school district, Black children received criminal citations at four times the rate of their white peers. Criminal charges often have serious material impacts on children’s futures, as well as psychological trauma in the present.

Proponents of school resource officers argue that police in schools help to prevent school shootings and are able to stop student behavioral issues such as fights. However, as cops in schools have become more prevalent over the last several decades, the rates of school shootings have only gone up, not down. Furthermore, at the same time that police presence in schools has gone up, in the 2018-19 school year there was only one school counselor per 430 K-12 students in the United States, the lowest ratio in the 30 years the federal government has been tracking the data. The American School Counselor Association recommends a ratio of 1 counselor to 250 students at most. With so few counselors, students do not have access to the very resources they need to cope with the various circumstances that may motivate them to engage in conflict with other students.

Students are not the enemy. They need care and attention, not suspicion and violence.  If schools have the funds to hire police officers, they certainly have the funds to hire counselors instead. But schools too often view Black and Brown students as already beyond hope, unruly bodies to surveil and control instead of people to engage with. So they hire police, who continue to dehumanize them and funnel them into the criminal justice system. Police in schools make students less safe, not more, and are one of the many ways that schools reinforce the structural racism inherent in our society. All school districts, colleges, and universities should follow the examples in Minneapolis and terminate their contracts with law enforcement immediately. Teachers and professors in these schools must fight, in their workplaces and in their unions, to pressure their school systems to cut all funding for police and get cops out of schools for good. Those who are concerned for students’ safety need to remember that Black students matter.