Teachers’ Solidarity Has No Borders: A Letter From Mexico to Arizona

Arturo Méndez, a secondary-school teacher from Mexico City, writes a letter of support to the thousands of teachers walking out in Arizona. 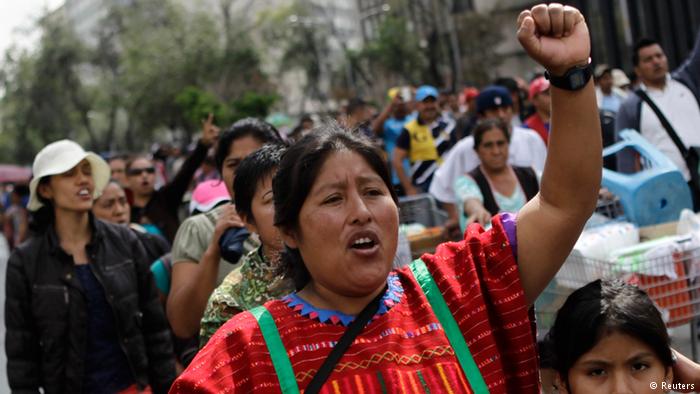 I am a history teacher in Mexico City and I am writing you to congratulate you and send you solidarity in your important struggle for public education. From Mexico, I’ve watched expectantly as you, the teachers of the U.S. begin to mobilize in West Virginia, Oklahoma, Kentucky and now, Arizona and Colorado.

Since 2013, international organizations like the IMF and World Bank and have mandated educational “reforms.” It happened in 120 countries, including Mexico. These “reforms” took away our labor rights as teachers and forced us to work extra hours without overtime pay. It opened the door to the privatization of the educational system and today, a lot of private industries are making a lot of money off of education. President Peña Nieto and the major Mexican political parties of Mexico have approved and forced these “reforms” down our throats. The union leaders seemed willing to help them pass these laws, rather than fight alongside us for our rights.

We know that you, the teachers on the other side of the border, have also seen how governments take away resources from the education of the hardworking people and favor the rich. They give tax cuts to the wealthy, while teachers have to work two or three jobs just to make ends meet. We know that in Arizona there are many Mexican students, but that on neither side of the border do governments provide the high quality education that kids deserve.

Like you, we are fighting for a larger education budget, higher salary and better working conditions because we want the children of everyday working people to have the highest quality education. In Mexico, it is becoming more common for teachers to organize and take the streets. In 2013 and 2016, we organized against the educational reform laws. From these hard struggles, we learned that we have to seek solidarity with other sectors of workers, community members and social movements. If we isolated ourselves, we weren’t able to win our demands.

We hope that by learning this lesson, we will defeat future education “reforms” and win the right to provide a quality education to our students. That’s why I want to pass this message on to you. From far away, it seems like your best allies are the youth who are mobilizing against gun violence, the Black Lives Matter activists in the streets against police brutality, the women’s movement, and the movement of immigrants fighting against deportations and the militarized border wall between our countries. The government is powerful and they won’t raise taxes on the wealthy without a big fight. You will need these alliances to win.

Although I am still young and have not experienced the massive and triumphant struggles I’ve read about in history books, I have learned some lessons from history. I learned that us workers can be very powerful if we are united. I also know that the struggles in the rich countries like yours can be of great help to those of us who resist in poor countries.

I believe that if teachers in the U.S. unite with their allies — working class and oppressed people of all kinds and nationalities — you can be an unstoppable force. You won’t need to accept the government’s plans to pay you low wages or keep your schools in squalor. You won’t have to settle for tiny concessions. We can win.

From Mexico City, I want to send you my deepest solidarity. Your struggle is our struggle. Strength to our colleagues on the other side of the border!