Teaching in the Trump Era: “I Feel Hatred in People’s Eyes” 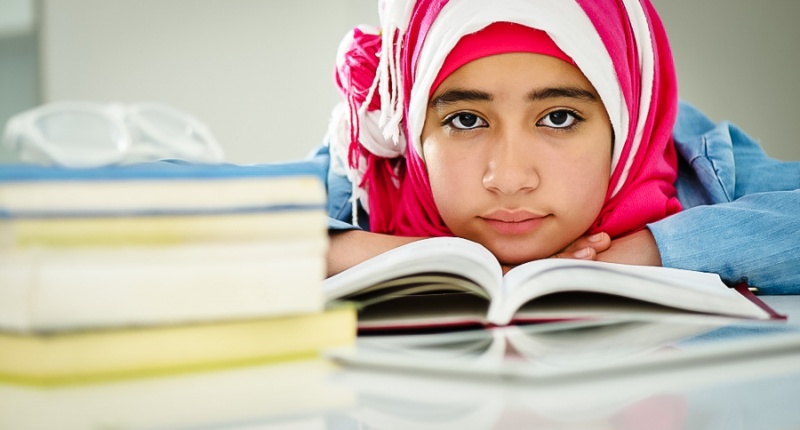 One Dominican student at my school was spit on outside a bodega in Park Slope, Brooklyn by an older white woman who told him that he and his family should go back where they came from. When he came to school he was in such shock that he had to spend the entire day in the guidance office processing. He didn’t feel safe in the streets or to come to school. Another one of my students is afraid to even let her friends know that she’s Muslim. She looks white. She’s Albanian. Her parents told her that she could not tell people that she’s Muslim of fear that they’ll be deported or targeted for hate crimes and that she’s safer to pass as white, secular, or Christian.

Another one of my students is Mexican, and he’s afraid to ride the subway. He thinks that people are looking at him in weird ways. He feels hatred in people’s eyes on him.
– High School teacher, NYC

I think in terms of school purpose and teaching political awareness, it’s important to look at the imposed and accepted silences that exist in such a situation as our post-election days, where the election has happened and if a family is disappointed…I visit schools, I haven’t heard anything about it. I haven’t heard snide jokes, celebratory comments or disappointed comments. In some schools, the administration tries to keep silence about it. I wonder where those feelings are processed, other than obvious protests in front of Trump Towers and at Union Square?

Where do students perceive these and where do they go with them? Are they perceiving them from their parents or in the media? Why is there silence except for the activists? That’s a point of concern.
-Reading specialist

I teach at a community college in a small working class city with a fairly large immigrant population. It’s surrounded by smaller whiter and more affluent towns, which tend to be more conservative.

A week after the election and two reported incidences of blatant racism against an immigrant student and a Muslim student on campus, the administration has remained silent. Some deans have called for meetings within the department to discuss how to talk with students. At a recent department meeting, our Dean took some time to talk about the elections and what it means to faculty, staff, and students. The most pressing issue was how to allow students to dialogue and debate without allowing anyone to get too upset and how to keep the peace. The mostly white faculty agreed. The few faculty members of color, on the other hand, expressed their outrage and overall sense of fear. While the administration tries to sweep the incidents under the rug and do damage control, until we organize to take a stand, we’ll be waiting in collective silence.

All K-12 and university teachers are invited to share their experiences with Left Voice in a paragraph or more. Email [email protected] or send us a facebook message with your story.

A Class Divided: A 5th Grade Classroom in a Red State

A Teacher’s Tale: The Day After Trump’s Victory