Ten Years After Its Founding, the Time Has Come for the NPA to Launch a Revolutionary Party

The leadership of the New Anticapitalist Party (NPA) in France met on September 28–29. The militants of the Revolutionary Communist Current (CCR), who publish the website Révolution Permanente, submitted the following motion. In the situation opened by the Yellow Vests, the time has come to launch a mass revolutionary party. While the text was not adopted, we will continue to defend this line. 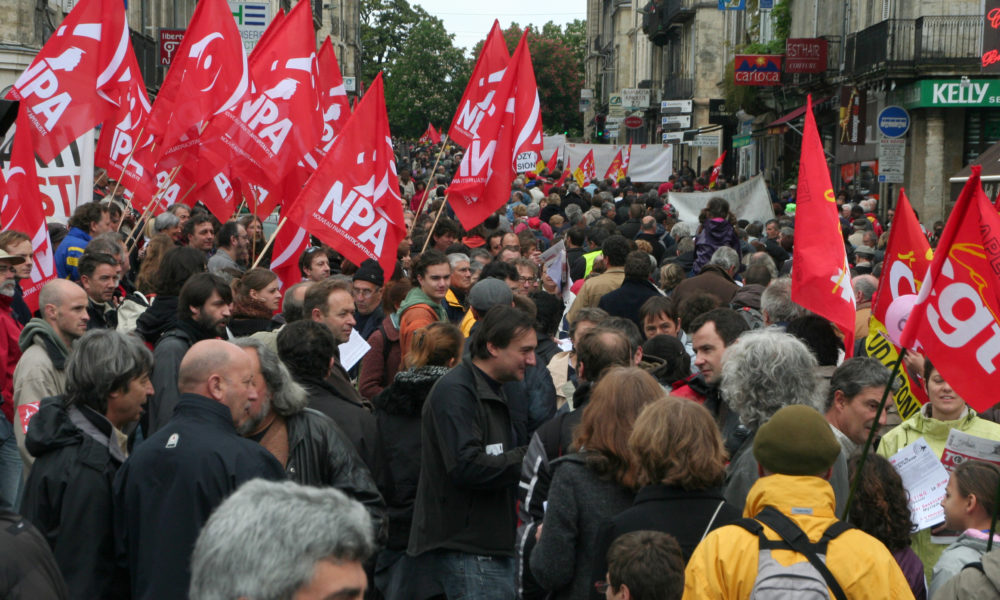 A little more than ten years ago, we were engaged in the creation of a new anti-capitalist party in France. Whether we all draw the same balance sheet of these ten years, two things are indisputable: the original project of the NPA has failed; and the current situation is quite dissimilar to that of 2008–2009. The collapse of the social-liberal left and, more generally, the crisis of the major institutional parties that were pillars of the regime, the major crisis of representation existing at all levels and in all areas and, especially, the new stage of the class struggle opened by the Yellow Vests movement, pose the question of what other party should be constructed.

When mass sectors of a totally spontaneous movement—one with a lot of confusion—chant the word “revolution” in the streets it is clear that something profound is taking place. This “something” goes beyond the movement of the Yellow Vests, as seen through the radicalism expressed in the strike of the public transport workers in Paris—which in the space of one day rehabilitated the strike method that in recent times has not worked very well, having been degraded by the losing and unfocused strikes run by the trade union bureaucracies.

In this context, the weakness of the extreme left, which—all of its components combined—has been unable to play a qualitative role vis-à-vis the Yellow Vest movement is a very serious handicap because the entire radicalism that has begun to express itself could end up being channeled in one way or another into reactionary plans.

The limitations of the Yellow Vests movement, however, reveal the problems with the lack of a political party with sufficient influence and structure to offer a common perspective to different sectors of the working class, to propose a program capable of winning elements of the impoverished middle class, to push consciously to develop frameworks for self-organization, and at the same time that defends the idea of building an emancipatory society as an alternative to the illusion of a return to “equitable capitalism” and the poison of the far right that is riding a wave of turmoil and skepticism.

None of the far-left organizations can solve this problem alone—and, of course, even less so the currents of the reformist left at a moment when the crisis of representation removes from the outset the credibility of their efforts at a “Big Bang of the left”-type institutional regroupment.

In this situation, the NPA must step up to launch a proposal for a mass revolutionary party that brings together activists and currents from different traditions and backgrounds, beginning with the far-left organizations such as the NPA and Lutte Ouvrière (Workers Struggle, LO) but also sectors of the vanguard that has emerged since 2016 both within the labor movement as well as among some youth in collectives such as the Comité Adama [committee for justice for Adama Traoré, who was murdered by police in 2016], in a wing of the Yellow Vests movement, and so on, that have anti-capitalist and revolutionary sentiments and that we ourselves must convince of the necessity of organizing into a political party so we can influence events.

This must be a party “unlike any other” that seeks to unify around a strategy to win the different layers of the working class and its allies, overcoming the divisions and diffusion that serve only the bosses and the government. This must be a party that—far from the caricatures of hierarchical authoritarianism—seeks first and foremost to encourage and develop the masses’ own forms of self-organization. This must be a party that is of necessity anti-imperialist and opposed to all forms of oppression, that is deeply internationalist, and that will fight for a revolution that puts an end to the capitalist system to create a classless and stateless society.

Adopting this policy will allow us first to find a way out of the NPA’s own crisis, while positioning ourselves appropriately in the open debate on the left that has transpired since the debacle of the elections to the European Parliament, as well as with activists from the extreme left and our own milieu. If on this basis we find those with whom we can discuss to advance concretely in the direction of going beyond the NPA towards a stronger and more established party, one better positioned and more adapted to the current class struggle, it will be—above all—a significant contribution to the emancipatory struggle of our class.

First published on October 8 in French on Révolution Permanente.

Update: We have modified the title to better reflect the French original.