Tens of Thousands March for LGBT Rights in Mexico City

MEXICO CITY LGBT PRIDE: “Esta marcha es de fiesta, es de lucha y de protesta.” (This march is a party, it is a combative and it is a protest) 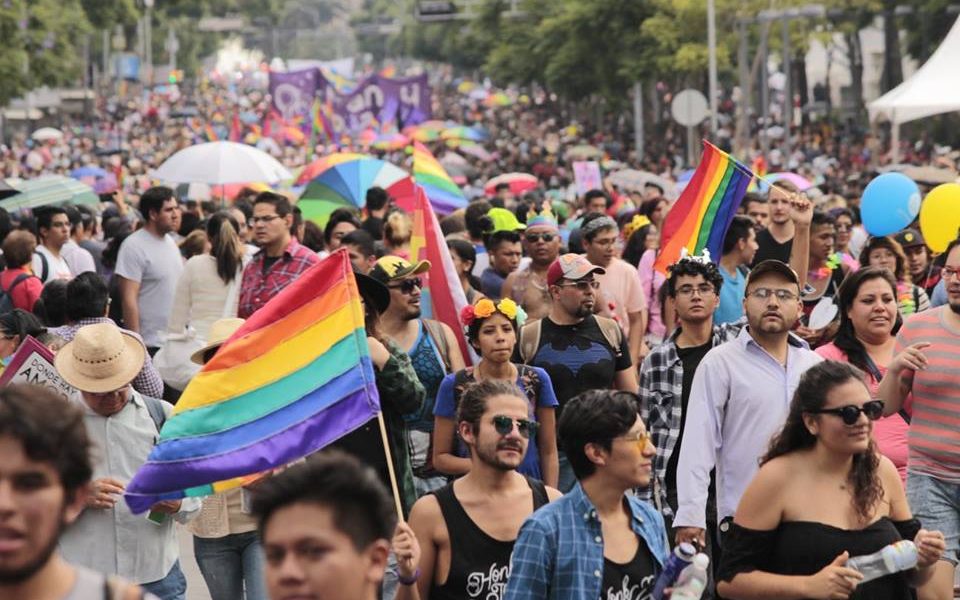 On Saturday, tens of thousands took to the streets in the 39th annual LGBT Pride March in Mexico City. This was not a corporate pride like New York City’s and it did not ignore the harsh reality of LGBT Mexicans. Rather, it was both festive and a protest. 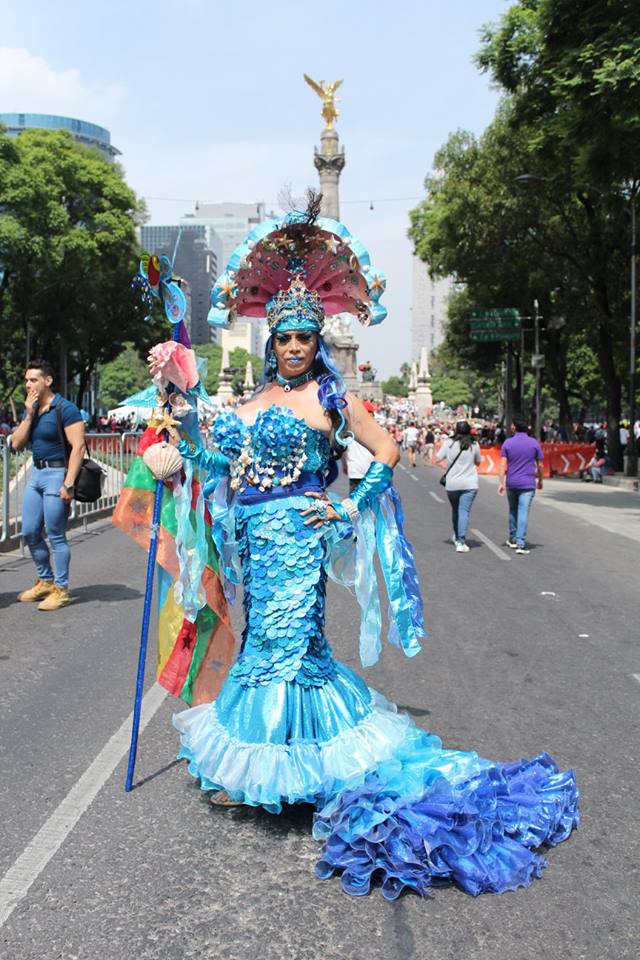 The official statement said that the march was demanding justice for LGBT people who “have been murdered and for the families who suffer discrimination, for those who are not yet free to come out of the closet and give name to their desires. We cannot call ourselves free nor satisfied.” 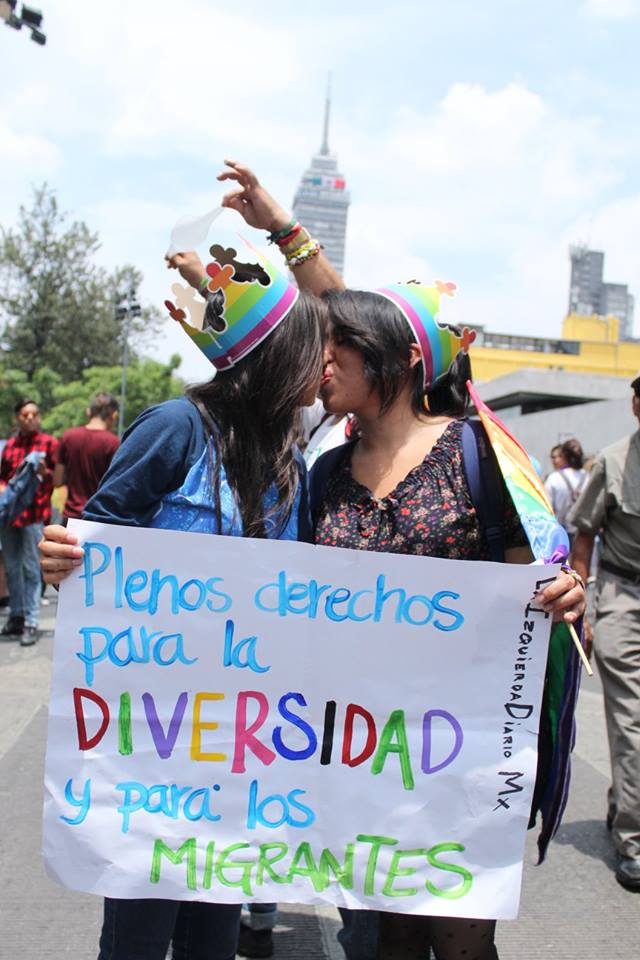 Full rights for diverse [sexualities] and for migrants.
Image by Elizabeth Sauno 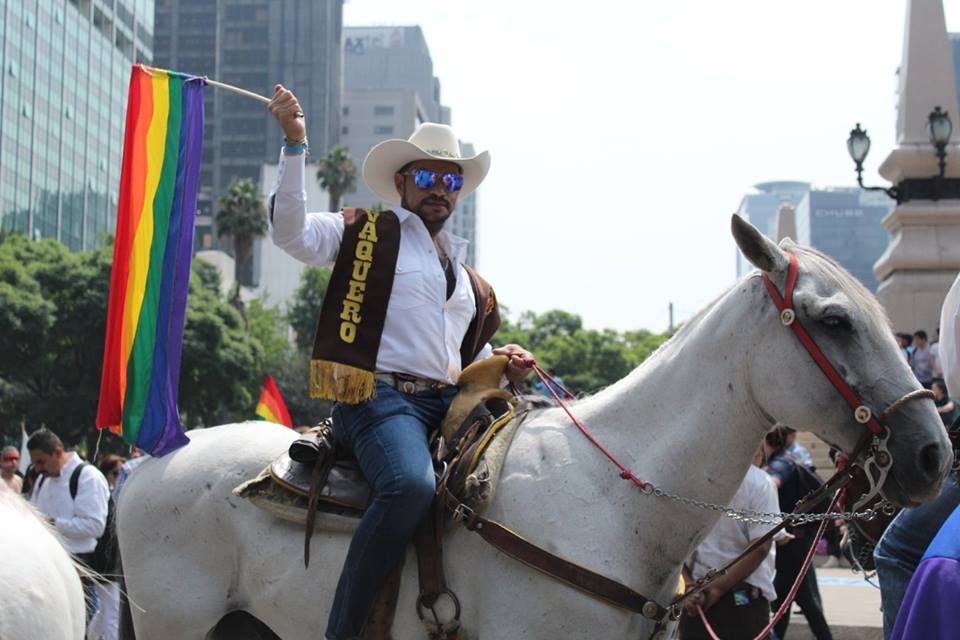 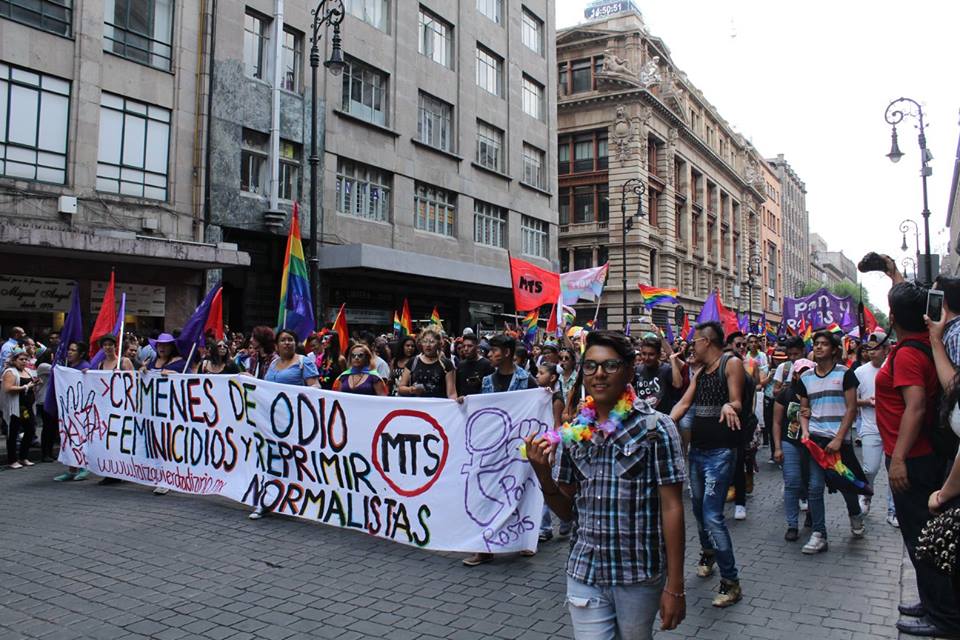 Pan y Rosas and the Movimiento de Trabajadoes Socialistas (Movement of Socialist Workers) brought 600 people to the mobilization– including workers of various sectors as well as high school and college students.

In the above video, members of Pan y Rosas and the MTS chant “Government, understand that the pride march is not for sale.” The MTS also expressed support for workers in the Pepsico factory in Argentina. 600 were fired just this week and are battling for their jobs. 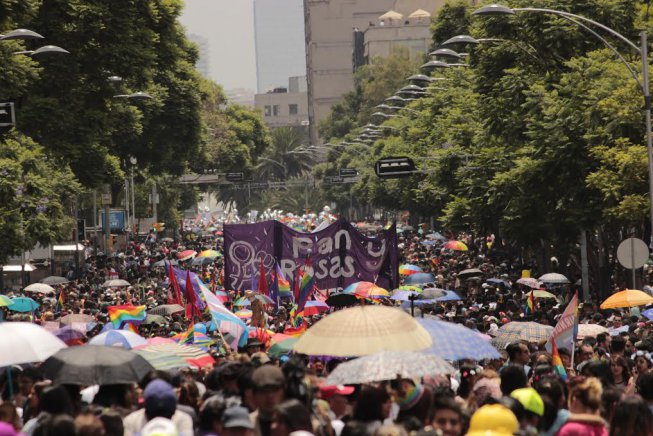 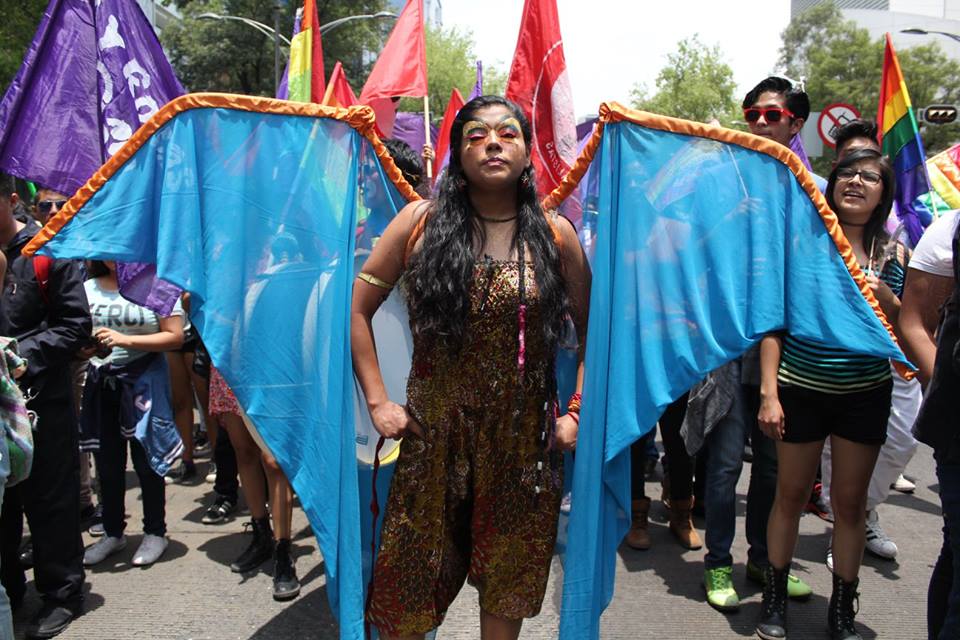