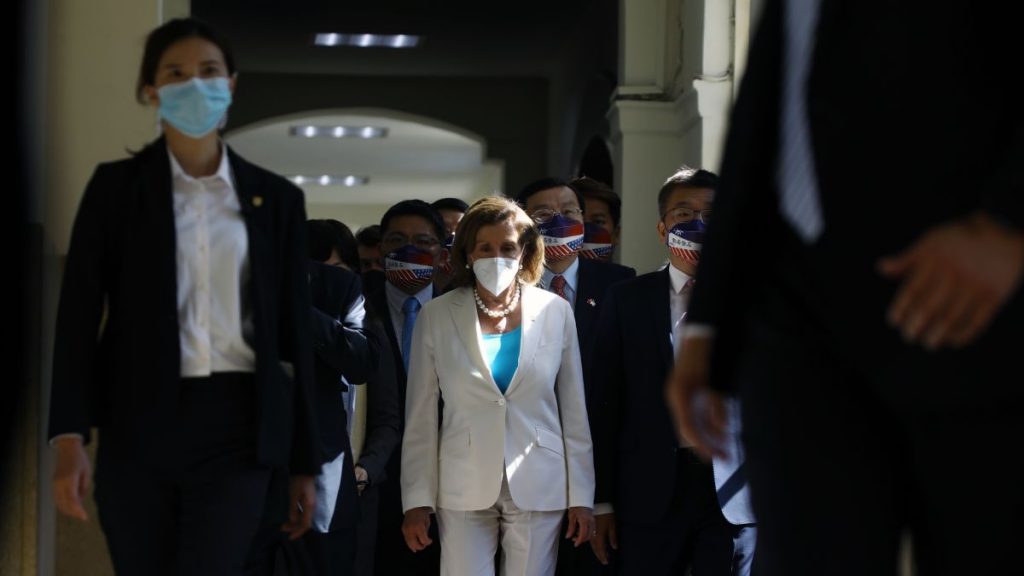 Nancy Pelosi’s visit to Taiwan added fuel to an already flammable relationship between the United States and China, and it is unclear what benefit the trip could bring to Washington.

Rather than reiterating the United States’ commitment to the Taiwanese regime, it seems more of a provocation without precise objectives than a strategic calculation.

The run-up to the trip was a sideshow in and of itself, one that exposed a weakened Biden administration. When asked by reporters about Pelosi’s plans, Biden nervously told reporters, quoting military leaders, that the trip was “not a good idea.” But once the trip was on the public agenda — and faced with the hostile response of the Chinese government — the president had no choice but to support the Taiwanese adventure of the Speaker of the House; better this than risk being accused by Republicans of being weak when faced with opposition from China, given that the GOP is poised to make gains in the midterms and is already eyeing the White House in 2024.

As if there were a lack of pyromaniacs fueling the fire, Newt Gingrich, the last Speaker of the House to visit Taiwan in 1997, stepped in to say his piece. Gingrich, a conservative Republican who led the so-called Republican Revolution in the 1990s, declared on Fox News (where else?) that China’s threats were nothing more than a “bluff.”

In this way, Pelosi’s trip was precipitated by a combination of motivations — among which is undoubtedly the complicated electoral scenario facing Democrats in November. Her trip could unleash a major international crisis involving the United States and China. Certainly, her plans do not come at the most opportune time for U.S. imperialism, with the war in Ukraine entering its sixth month with no end in sight. Indeed, it seems to complicate one of Biden’s short-term objectives: to undermine the Russia-China alliance, or at least prevent President Xi Jinping’s government from giving more decisive support to Putin’s war effort.

Even if Pelosi’s trip does not trigger a military crisis, it is not in the U.S. regime’s interest to exacerbate a tense climate that would further disrupt supply chains. This is particularly so in the case of advanced semiconductors and chips, which are indispensable components in everything from smartphones and cars to ballistic missiles. Thus, the U.S. Congress has passed the CHIPS Act, which includes a multimillion-dollar subsidy to produce semiconductors and chips in the United States. Even so, 92 percent of these goods are still manufactured in Taiwan.

As expected, China has promised a response commensurate with the perceived danger. On the eve of a new Communist Party congress and against the backdrop of a sharp economic slowdown, Xi has no room for error. The Chinese government has already announced a roadmap for subsequent military actions in the Taiwan Strait; though it falls short of an invasion, this represents a new escalation of military operations in the area.

In the coming days the “median line” of the Taiwan Strait will likely be mentioned repeatedly as a point of high tension. This imaginary line, drawn at the end of the Korean War, has no formal status, but for decades it has been respected by both China and Taiwan — that is, until 2020, when tension between the Chinese government and then U.S. president Donald Trump reached a tipping point.

The Biden administration has tried to downplay Pelosi’s trip, making assurances that it does not change the status quo, namely the policy the United States has held toward Taiwan for more than four decades. This policy, known as “strategic ambiguity,” was born during the Nixon administration’s negotiations with Mao Tse-tung in 1972. Simply put, it recognizes that there is “one China” while maintaining an ambiguity regarding Taiwan’s claim to independence. This “strategic ambiguity” meant for China an implicit reassurance of its sovereignty. But this has been repeatedly called into question in recent years, especially during the Trump administration, which marked an intensification of the United States’ anti-China policy. This turn has continued under the Biden administration.

The U.S. government cites Gingrich’s visit in 1997 as a precedent for Pelosi’s trip this week. But the context could not be more different. Domestically, while Pelosi and Biden are of the same party, Gingrich was a staunch opponent of the Democratic administration of Bill Clinton. And at that time, the consensus of the imperialist establishment was to integrate China into the “neoliberal order.” Clinton’s strategy was to incorporate China into the World Trade Organization (WTO), which ultimately occurred in 2001 under the Republican administration of George W. Bush.

But that cycle is now exhausted. The United States has gone from a “unipolar moment” at the end of the Cold War to years of sustained hegemonic decline. Now China has become U.S. imperialism’s main competitor, and the war in Ukraine is a foretaste of the contest for hegemony.

Originally published in Spanish on August 2, 2022, in La Izquierda Diario.