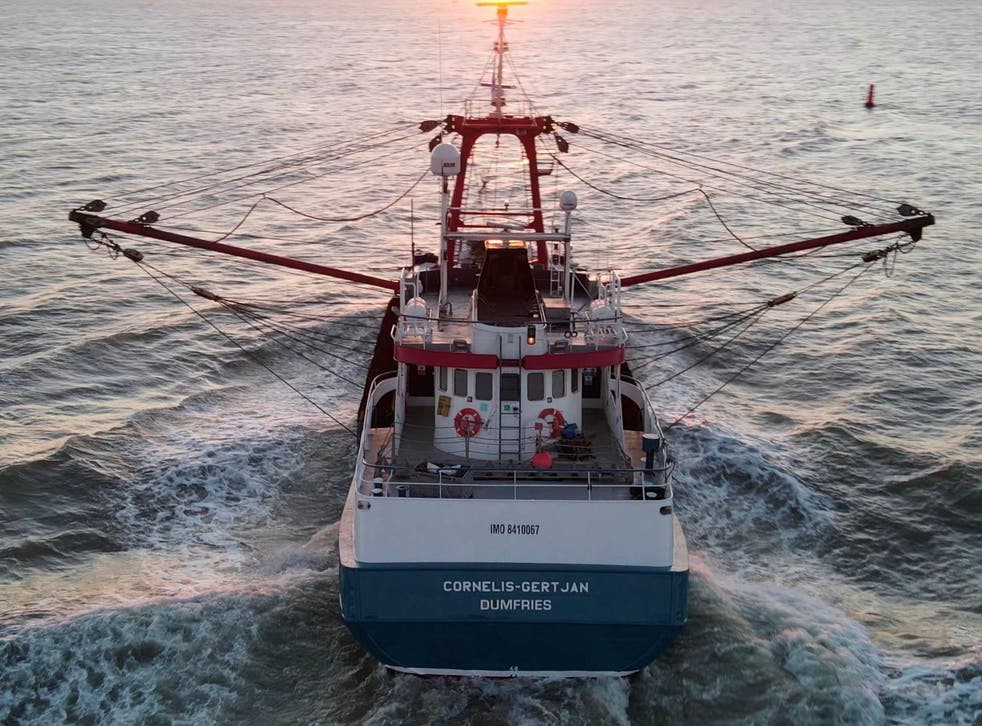 On the eve of the G20 summit in Rome, at which French president Emmanuel Macron and British prime minister Boris Johnson will both be in attendance, Paris has threatened London with “reprisals” if London does not issue the licenses to French fishing boats that have been demanded for nine months.

The threatened retaliation, which would go into effect beginning Tuesday, November 2, includes a ban on unloading British fishery products in all French ports; increased customs and health controls; “systematic” security checks of British vessels; and a “strengthening” of controls on trucks going to and coming from the United Kingdom, particularly at the port of Calais.

These measures could affect British supplies, which have been seriously compromised since Brexit went into effect. A second wave of retaliation could go even further: France “does not rule out reviewing the energy supply” it helps provide for the Channel Islands, the government warned in a statement. And in a sign of the level of tensions, French authorities confirmed on Thursday, October 28, that a British ship had already been seized the previous day, and was still being held, for fishing off Le Havre — in French territorial waters — without a license.

This conflict, though, has nothing really to do with fishing — regardless of what the two governments may say. The reality is that France is using the UK’s physical isolation, and French control over some of the flow of goods and energy to Britain, in an effort to punish London. As France’s secretary of state for European affairs, Clément Beaune, eloquently put it on CNews, “We now have to speak the language of force because — unfortunately, I fear — it is the only thing this British government understands.”

For its part, the British government, faced with the crisis and difficulties of Brexit, is using the harsh French actions as an excuse to circle the wagons on the home front. As part of this little stage play, the French ambassador to London, Catherine Colonna, was summoned on Friday to “explain the disappointing and disproportionate threats against the UK and the Channel Islands.”

The underlying reasons for the crisis are geopolitical, and are all about the collateral damage caused by Brexit on both sides of the English Channel. France accuses the British of weakening the European Union, which is France’s main instrument of influence on the continent, and of sabotaging its ambitions in the Indo-Pacific (through the AUKUS agreement between the United States, Great Britain, and Australia that caused Paris to lose a lucrative contract to sell submarines to Australia).

In turn, the British accuse the French of sabotaging Brexit, particularly in Northern Ireland — opening fissures that could lead to the resumption of armed conflict in that powderkeg region and, potentially, to the breakup of the United Kingdom — but also of wanting to divide NATO by creating a military stronghold in Europe (despite how little resonance France’s efforts to advance what it calls a “strategic autonomy” of the EU has had).

The warlike tone of the French ministers, who are using the fishing issue demagogically to defend their nationalist interests, shows how important this is to them. The French minister of Maritime Affairs, Annick Girardin, declared on the RTL radio network, “This is not war; it is a fight. The French and the fishermen have rights. An agreement signed was, and we must enforce that agreement. We have fishing rights; we must defend them; and we will defend them.”

What is clear is that this is not our fight. It’s up to the workers of Britain and France to join forces to take on, together, their decaying imperialisms and these sorts of reactionary measures.

First published in French on October 28 in Révolution Permanente.