Almost two years later, 19 Police officers are being brought up on charges of misconduct and aggravated assault against peaceful protesters in 2020. This is far too little, too late. 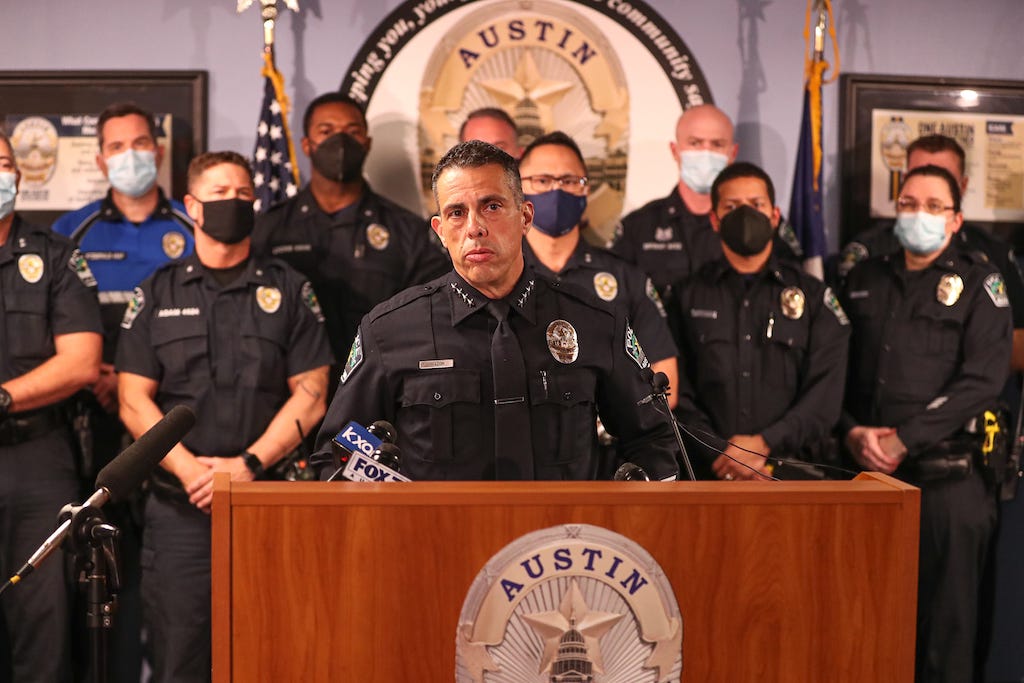 A grand jury in Travis County, Texas has indicted 19 Austin city police officers on criminal charges — including aggravated assault with a deadly weapon — related to police violence and repression during the May, 2020 George Floyd protests. Although these indictment are by far the largest number of criminal charges brought against cops in a single city since the demonstrations that followed the Floyd’s murder, the fact that it took almost two years to even charge these officers is a testament to the failure of our legal system to hold police accountable. These officers should have been removed from the force months ago, but have instead been allowed to continue to work with impunity. Most of these indictments appear to be specifically related to use of force violations, particularly the indiscriminate use of so-called “non-lethal” bean-bag rounds fired by shotguns at protesters’ heads and at close range.

In 2020, the whole world watched as cops across the United States violently repressed those who rose up in the wake of the brutal murder of George Floyd. Law enforcement cracked down on protestors using crowd control methods such as tear gas, bean bags, and rubber bullets. Medical experts have described serious injuries to the head, neck and face areas as a result of these “less lethal” weapons. University of Minnesota researchers studied cases of police injuries during the uprising and found that 40 percent of the people injured by rubber bullets sustained head injuries.

The city of Austin has faced at least a dozen lawsuits from people claiming that they were injured by the police during the uprising. The Austin City Council just awarded a $10 million dollars settlement to Justin Howell and Anthony Evans who suffered head and face injuries as a result of being hit by projectiles fired by cops. Howell says that he sustained a traumatic brain injury while Evans was shot in the face at such close range that the projectile fractured his jaw.

As expected, members of the Austin Police Department and the police unions were not pleased with the news, claiming that police officers had no choice but to use force, and that the charges were politically motivated.

At a press conference on Thursday, Police Chief Joseph Chacon defended the actions of officers during the protests. “I believe in many instances the officers were simply attempting to protect themselves and other protest participants,” he said, adding, “I am not aware of any conduct that, given the circumstances that the officers were working under, would rise to the level of a criminal violation.”

Such tone deaf apologies for police repression and violence from the leader of the Austin PD show that the problem of police violence goes way beyond a few bad apples. Nineteen officers were indicted, but it’s clear the whole police department is guilty. The repeated use of violence against peaceful demonstrators and workers, especially those of color, has nothing to do with protecting anybody or maintaining peace, and everything to do with controlling working people, and maintaining the racist rule of exploitative capital.

Not to be outdone, the Combined Law Enforcement Associations of Texas (CLEAT) held a press conference the same day to decry the indictments. At the conference, Austin Police Association President Ken Casaday accused the police chief of using police officers as political pawns. “It’s an absolute disgrace and it sickens me that [Travis County] DA [José] Garza is using enforcement officers as pawns in a political game of chess,” adding, “DA Garza ran on a platform to indict officers and has not missed the opportunity to try and ruin lives, careers and simply fulfill a campaign promise.”

Putting aside Garza’s track record and whether or not these indictments were timed to coincide with primary elections, the fact is that such issues are political. Holding killer cops accountable is political. Removing violent officers from the force is political. Building a movement to defend Black lives is political. And of course, police unions such as the Austin Police Association are political. In fact, police unions exist almost exclusively to protect police from any kind of accountability. But police are not workers, and police unions are therefore nothing but institutions of conservative reactionary politics — they must be completely rejected by working people and their unions. Any struggle for Black lives must also involve a workers struggle to kick out the cops out of our unions.

Meanwhile, Garza said that many of those injured by the cops were “innocent bystanders,” but such statements only fuel the idea that some people are more deserving of state violence than others. No one deserves to be shot at by cops whose only function is to protect property, and protesters have a right to take to the streets without being violently attacked by the police.

The people of Austin will not receive justice through an unjust legal system. If we want justice, we will have to organize to kick the cops out of our unions and our communities. We have to strengthen our unions against being co-opted by the ruling class who use cops to union bust. We will have to disarm the police and divert police spending to social programs. But this can only be achieved through class struggle against the entire system, not by Democrats in congress and local legislatures voting to partially defund the police while police departments continue to get millions. Only when working people are fully in control of managing their own safety, will the problem of police violence and repression be solved. To do this requires much more than changes in budgets or legislation. It requires the combined and united revolutionary organization of all working people, including unions, immigrants, the poor, and the unemployed. 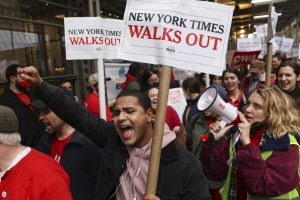