In a horrifying attack on trans rights, Texas has declared gender affirming care child abuse. It’s not. In fact, denying youth gender-affirming care is child abuse — not the other way around. 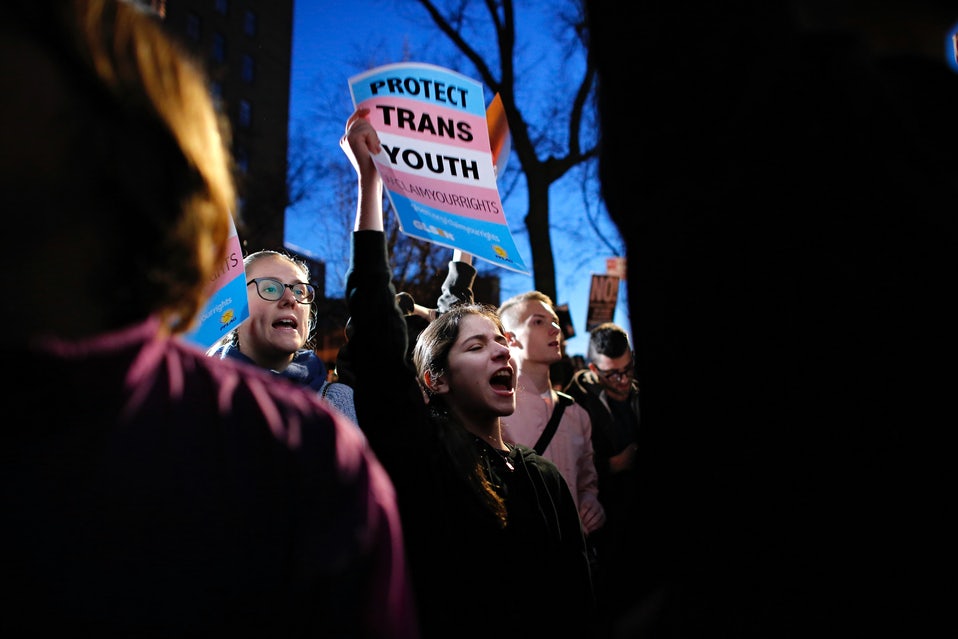 In a horrifying move, the state of Texas now deems gender affirming care for minors a form of child abuse and threatens to separate trans children from their parents.

In an opinion on Monday, Texas Attorney General Ken Paxton said that providing gender-affirming medical care to minors is considered child abuse under state law. In a letter to the state’s Department of Family and Protective Services a day later, Texas Governor Greg Abbott issued the directive, defining gender-affirming treatments for transgender children — including gender-reassignment surgery and puberty-blocking medications — as “abusive procedures.”

We should be clear: gender affirming care is healthcare and it’s a basic right.

This comes on the coat-tails of a slew of attacks on trans youth. Thirty-one states have introduced bills that ban transgender athletes from participating in sports consistent with their gender identities. Three states — Arkansas, Mississippi and Tennessee — have already signed these bills into law. Additionally, twenty states have introduced bills that prohibit or impede the administration of gender-affirming therapy to minors.

Trans youth are already horribly oppressed. 52 percent of trans youth have considered suicide and 20 percent report having attempted. Study after study shows that the best way to prevent suicide amongst trans youth is to give them access to health care and a familial support system — the two things currently under attack in Texas.

The case of Texas is especially brutal because trans youth are already often  denied healthcare by their own parents. Now parents who support their trans children can be prosecuted and even separated from their kids — kids who they love and care for. These parents aren’t abusing their children. In fact, it’s quite the opposite. Denying kids gender affirming care is child abuse. Giving kids gender affirming care, although seen as an expression of great parenting, should be the standard.

Under this directive, furthermore, teachers, doctors, caregivers and other mandatory reporters are now required to report on trans children.

Spearheading these attacks are Governor Gregg Abott and the Texas Republican Party — the same group of people who are taking away the basic right to choose an abortion in the state. Only months ago, they passed a law providing a reward for vigilantes who report people who have or aid in abortions. But Texas legislators don’t care about children: in the same state, children froze to death last winter and took away pandemic benefits that disportionately benefitted working families. This is the same state that is attacking voting rights, especially the voting rights of Black people. All of these laws are a menace— a huge attack on oppressed people— and they must be stopped.

While the Biden administration and the Democrats claim to be on the side of trans rights, we have seen little action at the federal level to address these horrific attacks.  There must be federal laws that protect the right of all trans kids to access healthcare.

Despite claiming to serve trans youth, we haven’t seen any major actions by the non-profits like the Human Rights Campaign who hold mega-galas for the Democratic Party. They reserve their millions for lobbying, not to organize any sort of mobilization in defense of trans rights.

In fact, the Democrats and their non-profits have politics that are meant to lead people both to the ballot box and “back to brunch” — believing that the Democrats will defend our rights. Now, in the face of these attacks, they use our anger and call on us to continue to donate to their organizations and lobbying efforts instead of doing anything that would actually meaningfully fight back any of these attacks. They resign and adapt themselves to this new “normal”.

But nothing about this is normal. No one is coming to save us. Trans youth are under attack all over the country and no one has acted to protect trans youth.

In order to fight back these attacks, we must take the streets in the combative spirit of Stonewall, and fight for the federal guarantee and access to gender affirming healthcare.

Trans children are under attack in unprecedented ways. We must fight back.