Thailand Legalizes Abortion Up to 12 Weeks

The Thai senate has voted to make abortion legal in the first 12 weeks of pregnancy, but will maintain penalties for abortions performed after this period. While the law is a step forward, it falls short of full decriminalization. 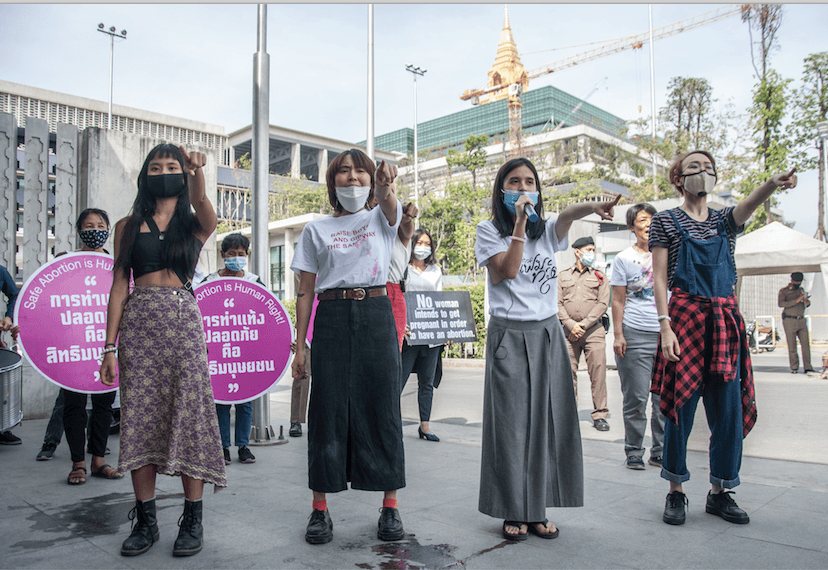 Last week, with 166 votes in favor and just 7 against, Thailand’s parliament voted to legalize abortion during the first trimester of pregnancy. Penalties remain in place for abortions performed after this period, except in cases where  the pregnancy was the result of sexual assault,  there are fetal abnormalities, or threats to the pregnant person’s physical health.

The vote on the law comes after  a ruling by Thailand’s Constitutional Court one year ago. In February 2020, the judges ruled that the penalties imposed on those who had abortions (3 years in prison) and for those who performed them (5 years in prison) were unconstitutional. As a result of this ruling, the court gave the Government 360 days to amend the law, or else it would be automatically repealed on February 12, 2021.

The bill that was finally approved was presented by the Thai government. Previously, the House of Representatives had rejected a bill that sought to allow abortions up to 24 weeks of pregnancy. Although the new law allows for abortions for any reason before 12 weeks, people who terminate their pregnancies after this point will still face penalties of up to six months imprisonment, and a fine of up to 10,000 baht ($333 USD).

The law is an important step forward for people in Thailand and is a victory for reproductive rights groups; however, by restricting abortions to the first trimester and maintaining draconian punishments for abortions after 12 weeks, it does not go far enough to fully decriminalize abortion. Several women’s and reproductive rights groups were critical of the move, saying that it gave a false sense of progress, and that many people will continue to seek dangerous illegal abortions. Thailand also has a high teenage pregnancy rate — adolescents made up nearly 14 percent of all pregnancies in 2016 — and critics fear that 12 weeks is not enough for many teens to even know that they are pregnant.

In Thailand and all around the world, we must demand full reproductive rights for all people, including free, safe, and legal abortions. For the Left and for the feminist movement, the struggle is far from over.

Adapted and expanded from an article first published in Spanish on February 1 in La Izquierda Diario.