The First Thanksgiving Also Took Place During a Pandemic

The popular legend of Thanksgiving whitewashes the violent oppression and genocide of millions. The continuation of such an insulting myth goes hand in hand with the continuation of the oppressive and exploitative social system of capitalism. 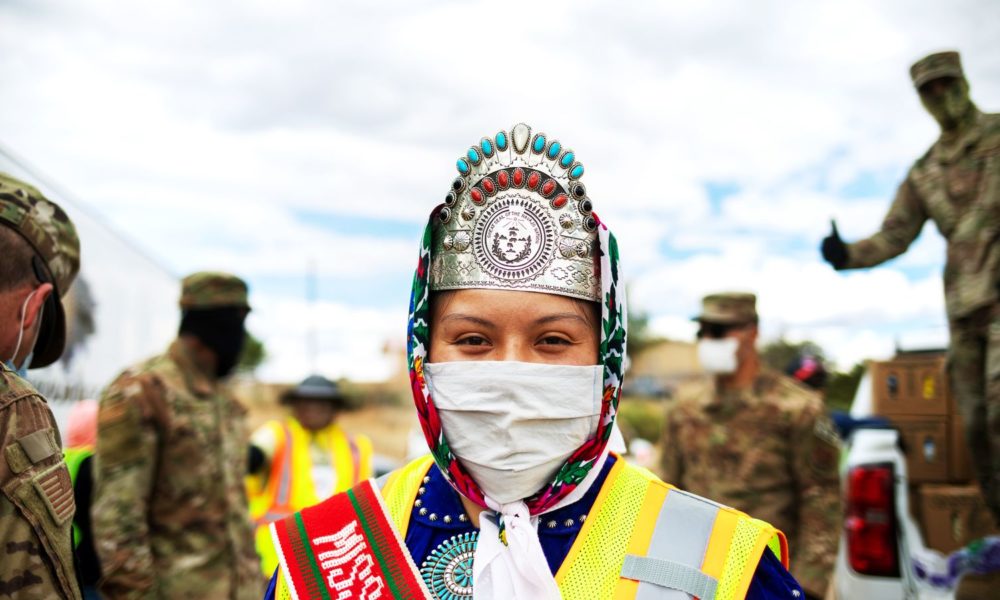 This year, millions of working-class Americans, including millions of Black and Brown people, will breathe a sigh of relief to be at home, together, eating a special meal with their families. In these times of economic and political chaos, in the midst of a pandemic, family can offer a much needed reprieve from the alienation and anxiety of life under capitalism, but when we celebrate today, we should remember the real history behind the holiday, which involved another even more deadly kind of pandemic. By 2020, most Americans know that the Thanksgiving legend about Pilgrims and Indians being friendly neighbors is somewhat dishonest, since there was a long record of settlers killing Native Americans and the state breaking treaties with tribes. But the mythology sits in limbo because there is not yet anything to fully replace it. Many regular people are uncertain about the history because our dominant culture, including politicians, schools, and media, are unwilling to talk seriously about the facts.

Thanksgiving was started during the Civil War to promote endurance and stability in the Union. The holiday quickly evolved into a celebration of the first Puritan colonists who began the takeover of New England. Thanksgiving is supposedly based on the happy story of a feast held in 1621. Half of the 100 Pilgrims had survived their first winter in America and made it to harvest time. They invited almost 100 Wampanoag Indians to join a celebration. They had learned how to grow corn from the Indigenous people, which saved them from starvation.

Much of this story is true. The problem is that the story of one long weekend when the first colonists were still weak has been deliberately used to cover up pretty much everything that happened in the other 99.9999 percent of Indigenous history since colonization began.

The English colonists in Massachusetts, Connecticut, and Rhode Island conquered the land and removed the Native peoples in a period of 60 years. First they happily used germ warfare. Then they committed genocide in two wars.

There were tens of thousands of Indigenous people living in the future New England before Europeans arrived. Because of the separation of populations for thousands of years, Native Americans lacked immunity to many diseases present in Europe. When European explorers and fishermen began visiting the New England coast, they introduced dangerous viruses and bacteria. The same process had already devastated the Indigenous peoples of Mexico.

In 1616, this led to a horrific pandemic among the coastal Indigenous peoples. Did the English colonizers show sympathy to the tribes who in many cases lost far more than half of their population? No — on the contrary, they expressed joy and took advantage of the pandemic to seize the Native Americans’ land.

James I of England issued a 1620 colonial charter saying this region had been depopulated by a plague sent by God for the purpose of allowing the English to take possession of it. John Smith (familiar from the fictionalized Disney Pocahontas) visited twice and wrote, “God had laid this country open for us. Where I had seen 100 or 200 people, there is scarce ten to be found.”

The Pilgrims immediately learned that the area they settled alongside Cape Cod had been depopulated by a pandemic. Their leader, William Bradford, wrote about the Indigenous people, “Thousands of them died. They not being able to bury one another, their skulls and bones were found in many places lying still above the ground.”

Boston was founded in 1630 as a much larger influx of colonists began. This precipitated another pandemic and a war of conquest. In 1633, smallpox spread among Native nations. Colonial governor John Winthrop concluded, “For the natives, they are near all dead of the smallpox, so the Lord hath cleared our title to what we possess.”

However, Native tribes retained possession of much of the land. In the 1630s, the colonists went to war and annihilated the Pequot tribe. In the 1670s, they fought with the Wampanoag — the same group who are permanently depicted sharing Thanksgiving dinner. After the colonists took over additional lands and pressured the Wampanoags to hand over all their guns, they together with the Narragansetts decided they had to burn the English towns to the ground. But the Indigenous alliance was defeated. The colonists massacred whole villages, sold prisoners of war as slaves to the Caribbean, and even imprisoned the partially assimilated Praying Indians, who offered to side with them in the war, on a barren island to starve.

Why Does the Myth Persist?

After this, Massachusetts, Connecticut, and Rhode Island were fully in English hands, because almost all of the Indigenous people were dead, exiled, or dispersed.

The Thanksgiving myth substitutes a smiling cartoon for this real history. Covering up the first Native genocide in the United States sets a pattern for denying the importance of all the later ones as well. Today, our capitalist society partially admits that the Thanksgiving story is not entirely true — in the same way that it admits there is structural anti-Black racism: without abolishing or undoing any of the systems of oppression.

Revolutionary Marxists historically opposed colonialism, saying that no nation can be free if it oppresses other nations. To this day, both the United States and Canada openly tell Native nations that oil companies can build pipelines through their territory whether they consent or not. The whole U.S. economy was built on and from stolen land.

Socialism is impossible in the United States unless a fighting working-class movement supports Indigenous liberation along with other vital anti-racist goals.

Why are the dominant politicians and media addicted to politely keeping up lies about colonial history? They represent the same class that reopened schools unsafely and consider bars “essential businesses,” yet refuse to give hazard pay to essential workers or quarantine pay to elderly and immunocompromised people. The continuation of racist national myths goes hand in hand with the continuation of an oppressive and exploitative social system. And the name of that system is capitalism.