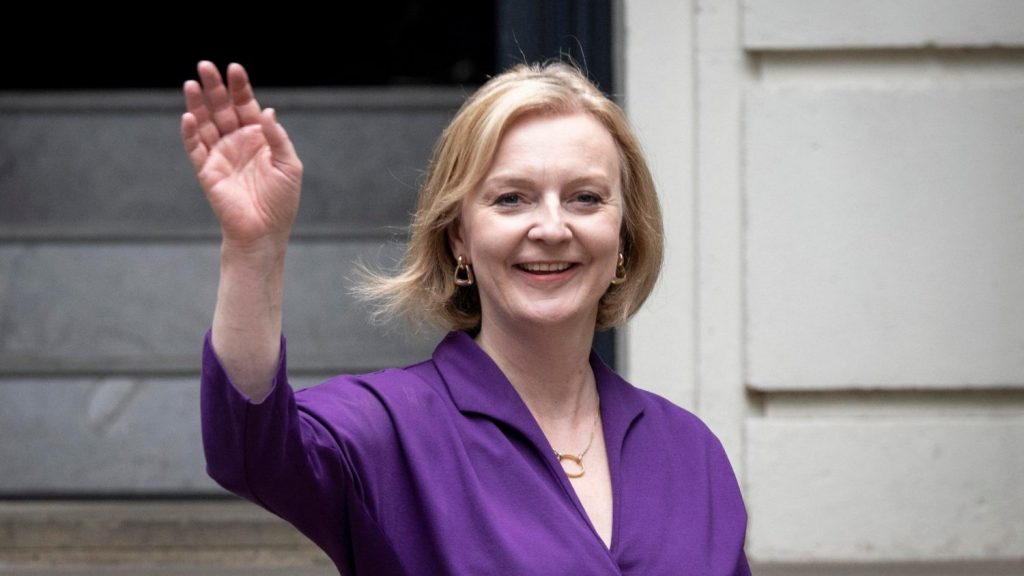 As the largest and most disruptive strikes since the Thatcher years spread across the UK, another Thatcherite has stepped into the role of Prime Minister. Foreign Secretary Liz Truss won the leadership election to succeed out-going PM Boris Johnson on September 5 and formally began her tenure the following day. Truss, like Johnson, is a member of the Conservative (Tory) Party and automatically became PM following her victory in the leadership election due to the Conservative Party’s majority in Parliament. In this sense, Truss takes office without anything approaching a democratic mandate. She was only chosen through a vote by the 170,000 members of the Conservative Party, who are overwhelmingly white, older, wealthy, and male, and lean to the right of the British political spectrum. Truss does not seem to be very popular in the polls of the general public — only 12 percent of Britons think she will be a good PM — and the majority of the Conservative members of parliament (MPs) voted for her opponent. Given this, Truss enters Downing Street as a relatively weak PM who must resolve not only a growing political crisis but a deep economic one as well.

The economic situation in the UK currently is rather dire. The cost-of-living crisis has hit the working class hard and it is expected to push one million additional people into poverty by the end of the year, marking the highest poverty rate in decades. The inflation rate sits in the double digits and rising energy prices have left many having to choose between heating their homes and putting food on their tables.  Indeed, the energy crisis is worse in the UK than it is anywhere else in Europe, due to the UK’s reliance on gas for energy, amidst soaring gas prices as a result of the war in Ukraine. The crisis seems likely to intensify as the cold months approach. The IMF has found that UK households have lost 8.4 percent of their spending power, due primarily to rising energy costs and high inflation. The situation is so precarious that there are some thoughts that Truss may have to turn to the IMF for a bailout, a relatively uncommon move among imperialist countries.

Workers have responded to the economic crisis by flexing their power. The largest wave of strikes since the beginning of the neoliberal offensive has swept across the country with at least one million workers having voted to go on strike. These strikes are largely in strategic sectors such as transportation, oil, logistics, ports, mail, and health.

This wave of class struggle is not, however, simply caused by the most recent developments. Rather, it has been brewing for years. Since the 2008 economic crisis, Britain has been under austerity — the brutal cutting of social programs and public services like health care — which has forced working class Britons to pay for the capitalist crisis. This has left many decimated, never having fully recovered from ‘08 and now forced to accept increasingly terrible working conditions. The on-going crisis of capitalism has worsened living and working conditions across the globe, including in Britain. Add to this the political and financial crisis that was the Brexit decision, and we can see the series of events that led to this moment.

As PM, Truss’ first task will be to find a way to diffuse the strikes and demobilize the workers’ movement before more strikes can begin. This will be difficult for Truss because not only does she have very little room to maneuver within the economic situation, but the public seem to have very, very little faith in her — meaning that she has few reserves of good will to draw upon in an attempt to break the strikes. Whether she will try and offer minor concessions to the strikers or fight them tooth and nail like her forerunner Thatcher did is yet to be seen. But what is clear is that Truss has a very difficult task ahead of her.

The only thing that encourages the government to continue seeking to attack the workers and wear down the strikes is that the union leaderships have been refusing to unify the strikes, avoiding coordinating across the different sectors and only calling for staggered or partial strikes, separated from other strikes. However, the pressure from below is great and could mean that some union leaderships are forced to coordinate the strikes this fall. Part of this pressure is seen in the motion tabled by the UK’s two largest unions, Unite and Unison, who have called on this month’s Trades Union Congress (TUC) to synchronize future strikes.

While repressing class struggle and alleviating the financial crisis are Truss’ primary tasks, she also has to deal with the international crises as well. As the war in Ukraine drags on, the UK continues to deepen its relationship with Ukraine, in an attempt to push back on Russian influence. In her first call as PM, Truss spoke to Ukrainian leader Zelensky, saying “Ukraine [can] depend on the UK’s assistance for the long term” and that it is “vital Russia’s blackmail [does] not deter the west from ensuring Putin fails.”  This is a strong statement, which is in keeping with Truss’ profile as foreign secretary when she said she supported Britons volunteering to fight in Ukraine, declared her intention to push Russia’s economy “back to the soviet era,” and said that the UK would “ “keep going further and faster to push Russia out of the whole of Ukraine.” These comments, among other statements and decisions, gave Truss the reputation of being a war hawk. As the PM, Truss has much greater ability to involve the UK mode deeply and directly in the conflict.

On top of all of this, Truss is also taking power amidst a deep political crisis. She is the fourth Conservative prime minister in six years, only 14 percent think she will be better than previous PM Boris Johnson (a damning statistics given the political and personal crises which drove Johnson out of office), and the majority of her own MPs don’t support her. Despite being elected by a tiny minority, Truss is indicating that she has no intention of calling an early election, meaning that (theoretically, at least) she will serve as PM until the general election of 2025. This is out of step with the desires of Britons, 51 percent of whom want a general election called this year. If a general election was called this year, it seems likely that Truss and the Tories would lose it. This means that, despite just taking office, Truss is already in political jeopardy, and given the way the economy is going, it seems doubtful that the political terrain will get more favorable to her in the near future.

Truss is a member of the right wing of her party, with the Brexit wing as a key part of her base. She ran to the right of her main opponent in the leadership election and leaned hard into culture wars rhetoric. She explicitly said that trans women aren’t women and voiced her support for a great deal of anti-trans measures. Truss also supports re-routing asylum seekers from Britain to Rwanda and wants to increase soldiers on the border.

Truss in many ways is an heir to Thatcher and a long-time leader of the Tory right with a deep hatred of workers. For example, she co-authored the book Britannia Unchained, which argues “The British [workers] are among the worst idlers in the world. We work among the lowest hours, we retire early and our productivity is poor. Whereas Indian children aspire to be doctors or businessmen, the British are more interested in football and pop music.”

In an audio clip leaked during the leadership election, Truss (who had tried to distance herself from that characterization of British workers) doubled down, saying that low productivity is “partly a mindset and attitude thing…. It’s working culture, basically. If you go to China it’s quite different, I can assure you. There’s a fundamental issue of British working culture. Essentially, if we’re going to be a richer country and a more prosperous country, that needs to change… actually what needs to happen is more … more graft.” Given these comments and her history of Thatcherite policies, it seems very likely that Truss will use her position as PM to attempt to “increase productivity” at the expense of the British working class.

This isn’t the 1980s, however. Rather than being in retreat, as the workers movement was during the onslaught of neoliberalism under Thatcher, workers are advancing. The strikes represent a new moment for workers in the UK, one that seems to contain much more fight than previous decades. This level of anger and dissatisfaction with the ruling class and the government will make Truss’ task of suppressing the movement more difficult. As the strike wave continues to grow, workers have a high potential of understanding their power on a deeper level. As workers, we have the power to shut down the capitalist economy to get our demands, and the British workers, for the first time in a generation, seem to be realizing their collective power. As Truss tries to figure out her approach as PM, it is hard to not see her as a dead woman walking, a weak political figurehead in the face of the worst crisis Britain has seen in decades. But Truss, Johnson, and the Tories are not the sole causers of this crisis. Rather, their mis-leadership has only escalated a crisis that has been brewing for decades, a crisis of neoliberalism finally breaking apart. The class struggle in the UK is but a sign of things to come as the situation worsens and workers increasingly see that they have the power to fight for their demands.