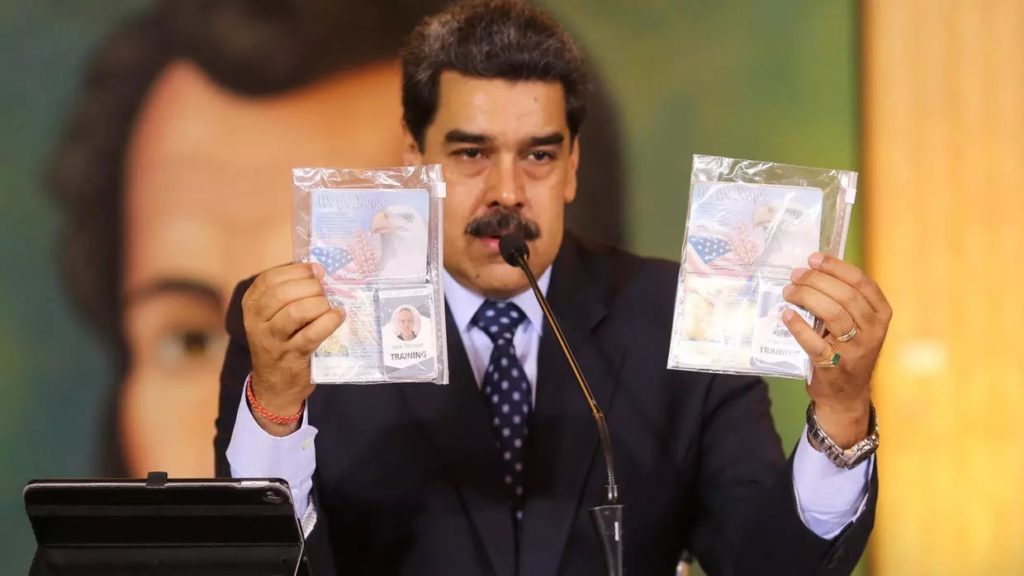 The double standards and imperialist arrogance of the United States are once again on display. SilverCorp, a mercenary company based in the United States, employed former active military officers to train dissident Venezuelan military men for the common goal of coming together to overthrow the Maduro government. The Trump government, with its policy of interference, economic aggression, and open support of coup attempts, is now facing the repercussions. After the resounding failure of this military action, the Trump government is demanding the return of its mercenaries and is threatening action.

Between the dawn of Sunday, May 3 and the following day, a series of incidents took place on the coast of Venezuela as part of “Operation Gideon.” Dozens of dissident members of the Venezuelan Armed Forces tried to reach the mainland. Eight died while being repelled in La Guaira and a seperate group was captured in Chuao. Another participant was later captured on the coast of Aragua. Venezuelan military officer, Javier Nieto Quintero, sent a message along while abroad with Jordan Goudreau, a former Green Beret, to a representative of the mercenary company claiming credit for the action and calling on the Armed Forces and the people to support them.

In an interview with Patricia Poleo, a right-wing journalist based in the United States, Goudreau announced a contract signed with Juan Guaidó — an employee and protégé of Washington — and his political advisor, J.J. Rendón, for financing and support of the incursion. He claims that Guaidó and the Colombian government failed to comply with the agreement. The group of American and Venezuelan operatives had been training in Colombia for months under the direction of SilverCorp and he purported they had the endorsement of both the United States and Colombian governments.

Mike Pompeo, the Secretary of State, declared this afternoon that the U.S. government was not behind this action. However, as if to show the arrogance of the self-proclaimed judges and policemen of the world, he added: “if we were involved it would have gone differently.

Additionally, he warned, “If the Maduro regime decides to hold them, we will use all the tools at our disposal to bring them back.” Imagine what would happen if mercenaries of Venezuelan origin (or any Latin American country) participated in a military incursion into U.S. territory with the aim of overthrowing the U.S. government. Surely the U.S. government would assert its right to hold and try them? But since they are Yankee mercenaries who tried to enter the territory of a Latin American country to overthrow the government of that country, the U.S. wants to guarantee them impunity. The government wants to deny Venezuela the right to judge those involved with the coup while threatening to use all its power to get them back home.

The statement of the Workers League for Socialism (LTS), which we published on May 6th, points out that these actions are part of the general framework of the U.S. imperialist aggressions against Venezuela. In the text, they point out that their rejection and condemnation of these actions in no way implies giving political support to the Maduro regime and the Armed Forces. It warns against the probable use of these events  by the national government  to deepen the curtailment of the democratic freedoms of the working people.

In the face of these incursions, we fully reject the country’s subjection to the actions of these by-products of U.S. imperialist policy, such as the ‘contractors,’ which are nothing more than private companies that profit from the United States’ wars of invasion and from the blood of the peoples on which U.S. imperialism sets its sights. It is in the context of the invasions and wars waged by the United States against other peoples, causing mass devastation and deaths, that these war dogs are trained.

Mike Pompeo’s statements show the imperialist arrogance within the way the U.S. relates to Latin American countries, attempting to continue relations with semi-colonial subjugation. A policy to which the right-wing opposition sector represented by Guaidó openly pays tribute.

First published on May 6 in Spanish in La Izquierda Diario Venezuela.