The bosses and the PT (Workers’ Party) are united behind ‘governability’: we need a third force

We would like to present the following 5 ideas about the political conjuncture in Brazil. We aim to establish what are the interests of the major capitalists, the goals of the pro-PT union bureaucracy and social movements and finally what kind of political perspective workers need in the face of two upcoming protests: one which is being called by the right wing opposition and the other being called in defense of the PT government. 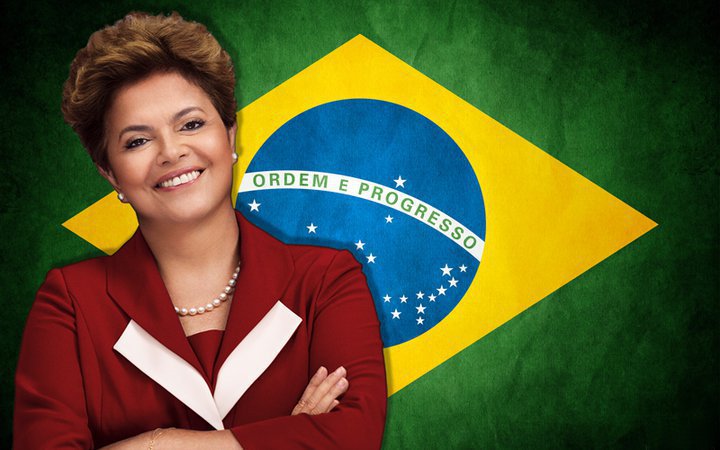 1. The Capitalists are united behind austerity even if it means saving Dilma

On the eve of the broadcast of the political program PT na TV (PT on TV) the Brazilian Vice President Michel Temer made a public statement defending governance and calling for economic and political actors to behave more responsibly. His statement was promptly supported by Brazil´s two largest employers’ federations: the Federation of Industries of the State of Sao Paulo (FIESP) and its sister organization in Rio, the Federation of Industries of the State of Rio de Janeiro (FIRJAN). These federations issued a joint statement and an article in all major newspapers of the country (paid by them) declaring their support for the Vice President’s position. According to them the current situation requires unity for the sake of country (a synonym for their profits) and careful attention to avoiding the risk of a drop in Brazil´s “investment grade”.

On the next day, O Globo, the same newspaper that makes daily attacks against Dilma’s government, put out an editorial calling for ´´responsible political leaders of all parties “to” allow for conditions of governability for the government´´. In the same editorial they harshly attack the current President of the Chamber of Deputies, Eduardo da Cunha, and part of the bourgeois opposition for their populist votes against some of the austerity measures.

On the next day Mr. Luiz Trabuco, CEO of the major brazilian bank Bradesco, said during a long interview for O Globo that there was an economic crisis and a political crisis in the country. The first was easier to handle and the second was a waste of time driven by ideology. He echoed in his own way a central argument of the government in PT na TV.

These statements and editorials are trying to bring together and coordinate the political agents of the bourgeoisie. They aim to create a consensus in support of the austerity measures and against workers´ salaries, jobs and rights. A week earlier the same newspaper, O Globo, released an article defending changing the constitution in order to reduce social rights and the ´´excessive costs” associated with them. To this end O Globo and employers above all want more austerity. Other objectives, such as the impeachment of Dilma or the weakening of the PT, come after this central objective of maintaining and expanding austerity.

2. What can and cannot be controlled in Brazilian Politics

These declarations from various sectors of the Brazilian capitalist class do not mean that they are uninterested in attacking and weakening the PT or even that they are against supporting impeachment at another time. Instead they show that they do not want to do this at the cost of hurting austerity measures or of destabilizing the country.

Statements made prior to these editorials also seem to indicate greater co-ordination and centralization of the bourgeoisie and a number of its agents.. However there is more to Brazilian politics that the position of the capitalist class in favor of stability.
There are “uncontrollable” actors who have their own interests which can affect the country´s governability. An example of this is Rodrigo Janot, the General Prosecutor of Brazil who will present a list of politicians involved in Operation Lava-jato (A major corruption scandal around money laundering) during the next days; the judge in charge of the case, Judge Mouro, is another. They do not follow an agenda determined by governability but rather their own undeclared personal interests. Their agendas and their judgements of politicians could put forward new factors which contribute to political instability.

3. Demonstrations on the Streets: August 16th and 20th

There are great expectations for the protests set for Sunday August 16th, which has included paid advertising by the PSDB (Brazilian Social Democracy Party) asking people to take to streets against President Dilma’s government. Will these manifestations have the same size as the demonstrations of March and April this year? Will they influence the Brazilian federal accountability office (TCU) to reject Dilma´s financial accounts and make an impeachment trial possible?

Four days later there will be protests “in defense of democracy”, or rather in defense of Dilma’s government. The protest is being called by the Landless Workers’ Movement (MST), Homeless Workers’ Movement (MTST), Unified Workers’ Central (CUT), Central of the Workers of Brazil (CTB) and the National leadership of the Socialism and Liberty party (PSOL). The call for this “unified” street protest mixes criticism of austerity measures with this ´´defense of democracy´´ however it is clear that the main priority is defending Dilma with any criticism of austerity to take second place. Their priority is to “defend Dilma first and deal with austerity afterwardS”, while at the same time the bourgeoisie has adopted a clear strategy of “defending austerity first and settling accounts with Dilma later”.

4. The Workers’ Party’s tries to contain the crisis

With the acceleration of the crisis of the Workers Party and the government, there has been a greater effort to try to contain disruptions, splits and criticism of the government and the PT. First, former president Lula da Silva attempted to create a front called the Grupo Brasil (Brazil’s group), which was able to help prevent any major splits but which was insufficient to attract official support from wings of the Socialism and Liberty Party (PSOL) or even from the Homeless Workers Movement (MTST).

Now, on the eve of these protests [ August 16th and 20th], the Workers’ Party has managed to get both the MTST and MST to be come out in favor of a protest “against the coup d’état”. To make life easier for its longstanding allies in the MST and its on-and-off allies in the MTST, Dilma’s government released funds for agrarian reform and for the government’s popular housing program Minha casa, minha vida 3.

In addition to endless voices in the “blogosphere” supporting Dilma against the right wing parties, a new discourse has emerged in recent days. Frei Betto, an important supporter of the PT and a religious figure, said in an article that he´s afraid of Dilma giving in. Frei Betto seeks to advance a “Keep strong, Dilma” perspective or at least the idea of “we should go easy on criticism, because she could be defeated”.

With a variety of approaches (that of Lula da Silva, Frei Betto, MST and even MTST) a large front has emerged, one which lightly critizes the austerity measures but which places above all the defense of the government against the right wing. At the same time even Bradesco bank and the Federation of Industries of the State of Sao Paulo have positioned themselves in favor of “national unity.”

5. Workers need to build a third force in national politics.

Amid the attacks from Dilma’s government on workers’ rights, the growing dissatisfaction with unemployment, inflation and corruption, workers have nothing to gain by defending the current government. Especially when the government is “defended” by the newspaper O Globo, FIESP and Bradesco precisely because they want to deepen austerity measures and even change the Constitution to attack the civil and labor rights of workers and the masses. Therefore, the demonstrations that will be held on August 20th, with or without some criticism of the government, converge around one goal: defending Dilma Rousseff rather than our jobs and our rights.

We have nothing to gain from the right-wing manipulation of discontent. With right demagogy Aécio, Cunha and several new and old rightists are calling for the public to take to the streets on August 16th. These demonstrations will only strengthen attacks on workers and the masses.

In the face of this there is a tremendous lack of a third force in national politics. The position to build a third force was approved by the left union CSP-Conlutas, but nothing has been done so far for its implementation. PSOL also says that they agree with this same policy, but, paradoxically, two of its largest currents Socialist Unity (US) and the Left Socialist Movement (MES), have come out in favor of the pro-Dilma protest on August 20th. The Union of Workers of the University of Sao Paulo (SINTUSP) approved a call to carry out a third act, against the right and against the government. Following this strategy is urgent and essential so that in the middle of this political polarization workers are not left to be cheated into defending the right wing or a pro-austerity government.